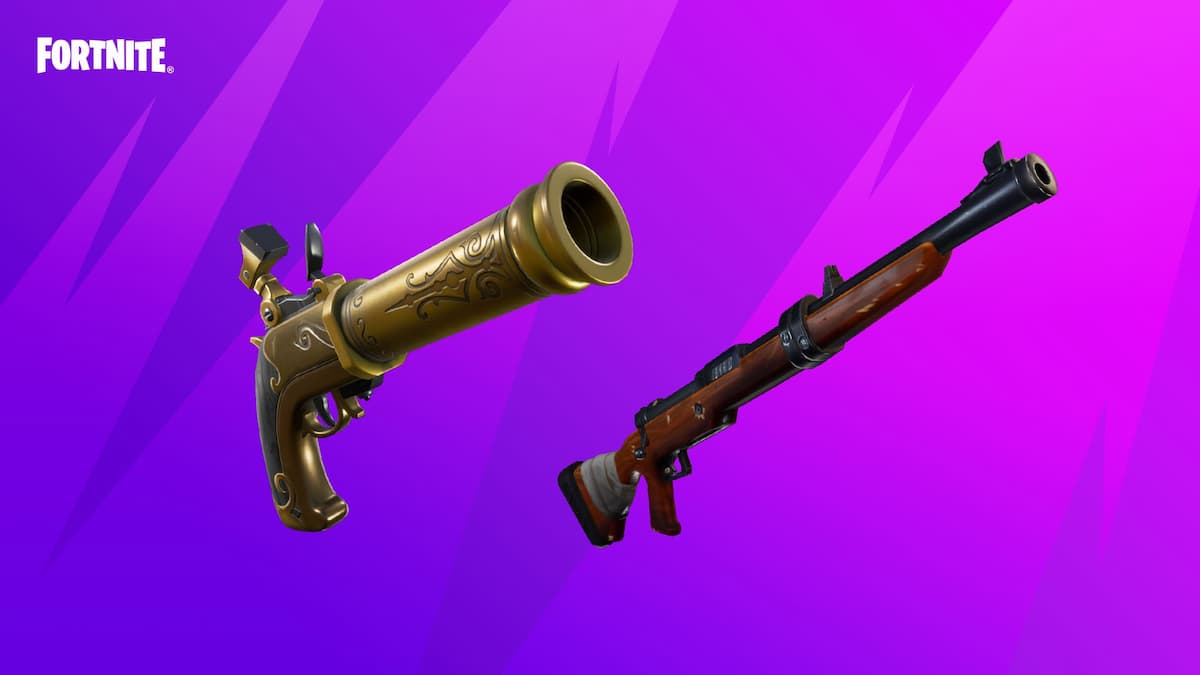 The Fortnite 20.30 hotfix released yesterday and reintroduced players to the Air Strike, Flint-Knock Pistol, Hunting Rifle and also added in some new Funding Stations after the Choppas were fully funded last week.

The Air Strike has finally been unvaulted, which ties in with the fact that using it is part of the week 8 challenges due to drop tomorrow, Thursday May 12. Throwing an Air Strike canister will send missiles raining down on the area the canister lands. These can be found in Chests, Supply Drops and on the ground around the Fortnite island.

On top of that, the Flint-Knock Pistol and Hunting Rifle have also been unvaulted and are now part of the arsenal of weapons available to players in the current season. The Flint-Knock can deal hefty damage to the target, while also sending the user hurtling back through the air with its recoil. The Hunting Rifle is a solid ranged weapon and is similar to the sniper without the scope.

Both the Flint-Knock Pistol and Hunting Rifle can now be found in Chests, Supply Drops and on the ground from now until May 17, 2022 at 8:59am ET.

Rounding out the contents of the hotfix, Funding Stations have now been added to the map and will accept donations of Gold to produce either Shield Bubbles or Balloons. Shield Bubbles create a temporary dome of shield invulnerable to explosive and projectiles (including the new Air Strike missiles), while Balloons can be used to take to the skies and escape from danger.

Both items will be available as part of a trial period from May 13, 9am ET to May 16 at 11:59pm ET before the Funding Stations come into effect.

It’s worth noting that none of the items listed here will be available in competitive playlists for the time being. The Shield Bubbles or Balloons may become available once one has been fully funded.

Are you happy to see the return of these items? Let us know in the comments below.