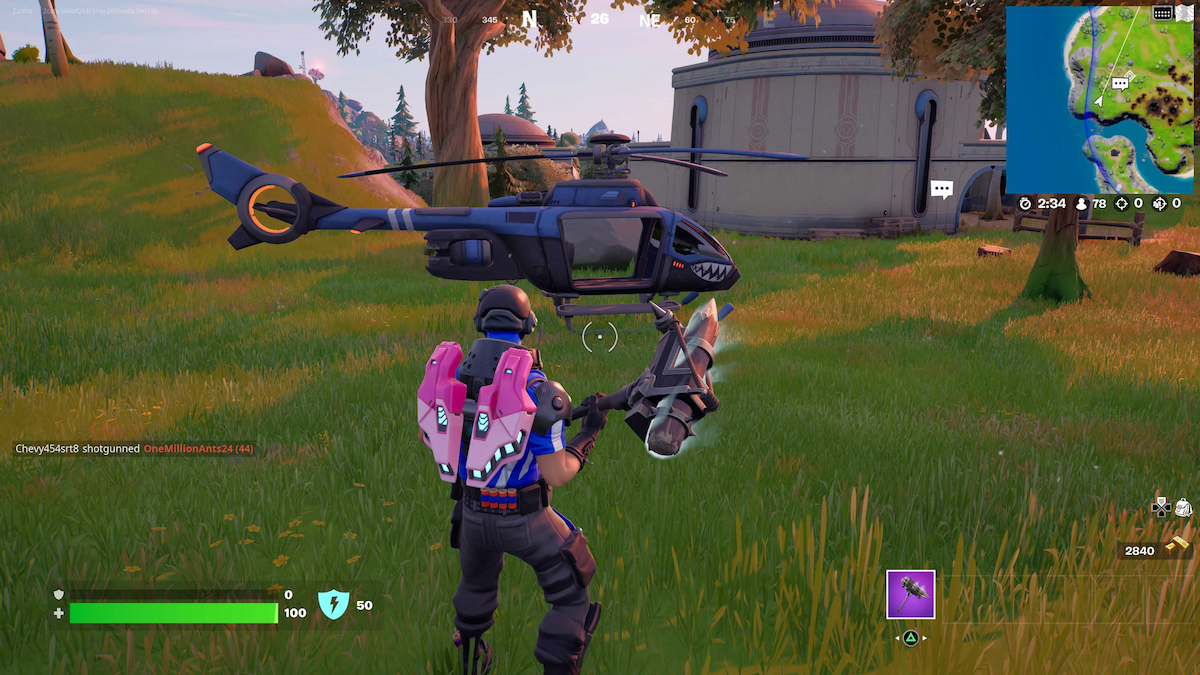 The latest chapter of the second season of Fortnite has shaped up to be the season of vehicles with tanks and battle buses everywhere. Now, there are even helicopters to be found around the map. These are actually called Choppas in the game, in what we can only assume is a reference to the great Arnold Schwarzenegger line in Predator. We’re here to tell you the locations of all the helicopters in Fortnite Chapter 3 Season 2.

Where to Find Choppas in Fortnite Chapter 3 Season 2

There are six Fortnite Choppa locations dotted around the map. Each one is located at a Seven Outpost. On the bright side, each one of the spots is rather remote, so there’s a good chance a jump line will take you far out of the way for one. If you’re a patient jumper and willing to cross the map, you could very well be the only person to reach whatever helicopter you are after.

Every helicopter has five available seats plus the pilot seat. They are admittedly mostly useless in solo because they lack any sort of offense capabilities, making you just a very visible target for snipers and rocket launchers.

In modes where you have teammates, however, they are able to shoot from the helicopter. Having one or more teammates loaded up with the right weaponry makes the helicopter into a pretty handy sniping platform.

As for maneuverability, the helicopter does possess a short boost as well as 1500 health. There’s even a loudspeaker you can toggle that plays Vagner’s Ride of the Valkyries so you can live one of the best moments of Apocalypse Now.

Keep in mind this is certainly not GTA5. If you jump out mid-flight, you won’t get to use your glider. Instead, you’ll just fall. The only exception to this is if you used a Balloon as soon as you hop out to slow your descent, but this isn’t advised.

There you have it, future pilots, everything you need to know for the locations of all the helicopters in Fortnite Chapter 3 Season 2.