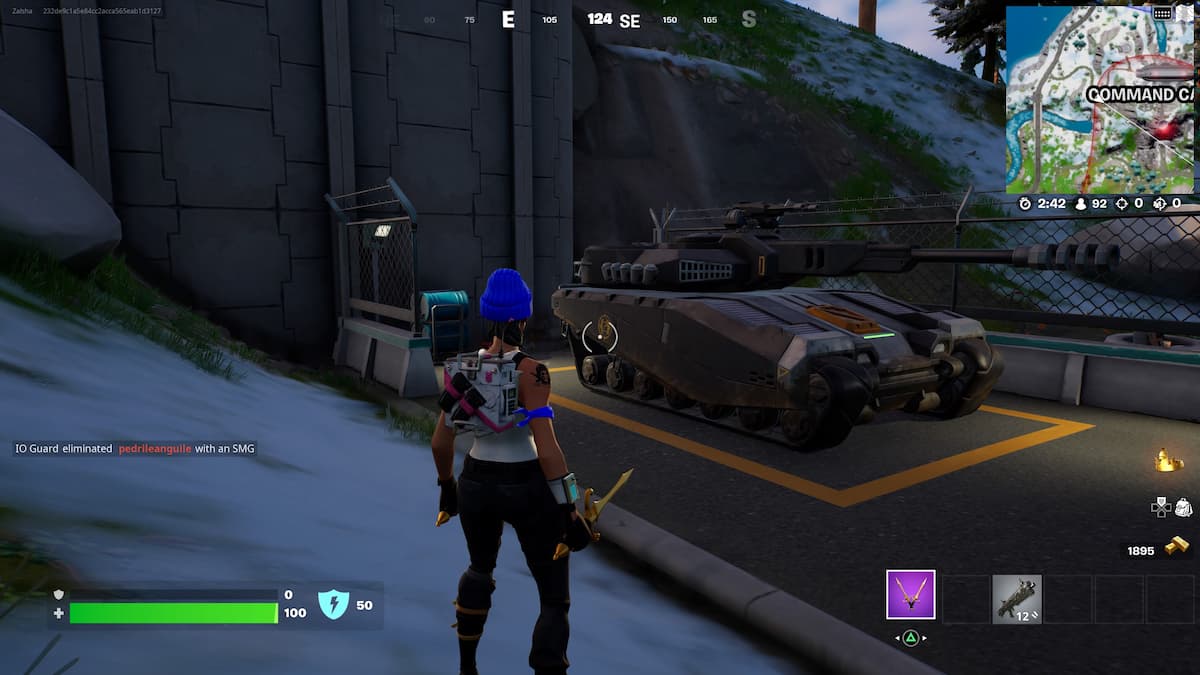 As you can see, there are eight potential tank spawn locations on the map. These aren’t guaranteed spawns; the one on the east side of Command Cavern is occasionally missing. With the current fighting at Rocky Reels, it is also possible that the tank won’t spawn, but will return next week.

The tank at Tilted Towers is usually occupied by IO forces. They will eventually exit the tank, but they’re persistent and annoyingly accurate if you aggro them while they are driving it.

There aren’t many controls you need to be aware of when driving the tank but we will list them out for you:

The main cannon has a bit of variation when it comes to the damage dealt depending on the distance an enemy is from the shell impact.

You will do 35 damage to an opponent when they are at the furthest possible distance from the shell impact, 70 for somewhat close, and 120 for a direct hit. A hit on a vehicle, however, will do 570. The mounted machine gun on the back will do a consistent 35 to opponents.

As the tank was a new addition with Chapter 3 Season 2, many of the quests, whether seasonal or Resistance, have included it.

Challenge 3 – Destroy Structures with a Tank in Zero Build

There you have it, that’s everything you need to know when it comes to all current tank locations in Fortnite Chapter 3 Season 2.