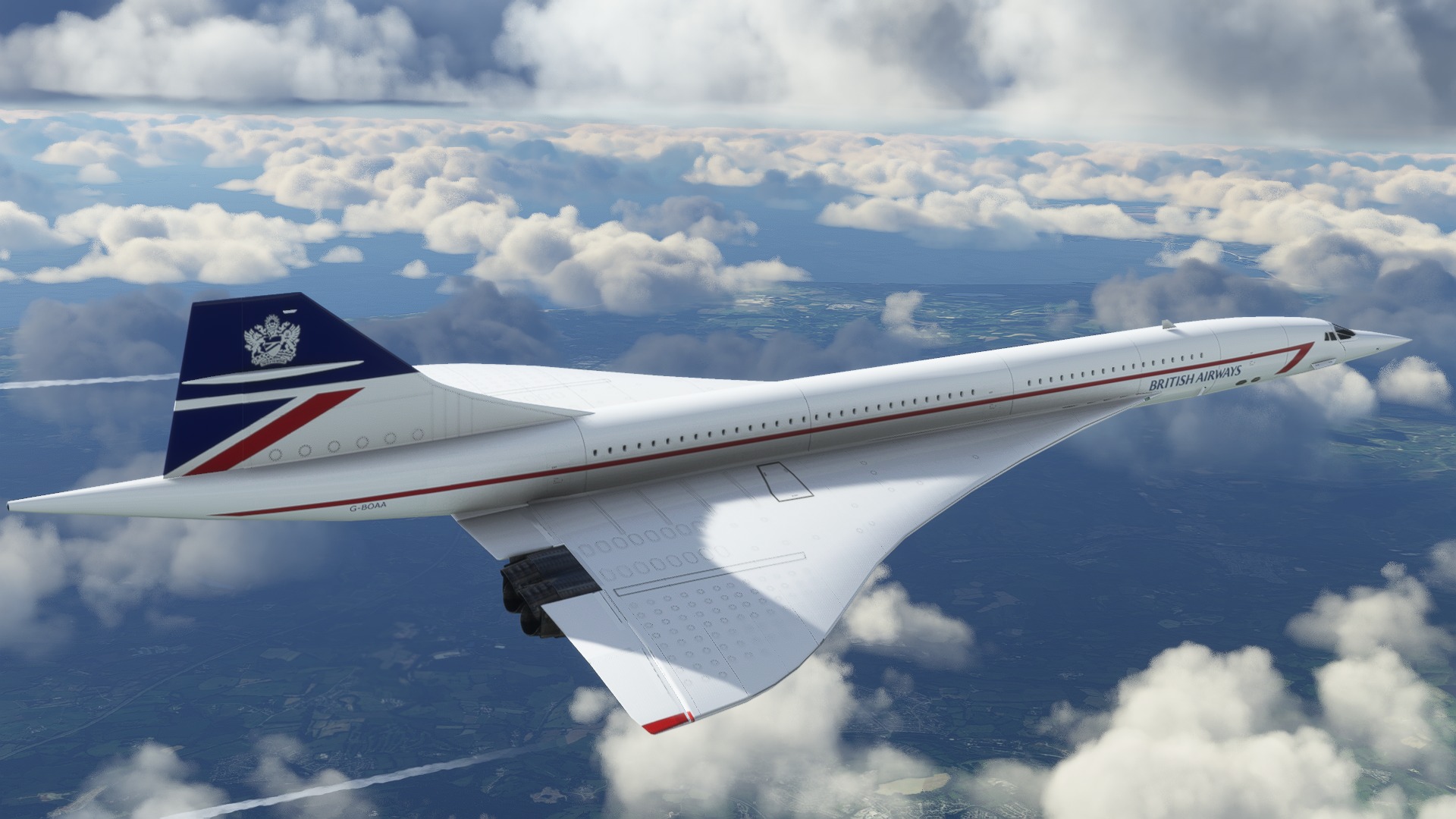 Like every Friday, we hear from DC Designs, which shared a development update and new screenshots of its upcoming Concorde.

“The good news is that CodenameJack continues to perform truly epic work on Concorde. The sheer volume of inter-connecting systems is now quite amazing ( although you won’t have to learn them all in order to fly Concorde, if you do not wish to ). With so much work being done the schedule for Concorde is changing slightly, but despite me missing a few days due to illness the project is still on target.

Work next week will start to shift toward improving the exterior model in terms of detail and texturing. I did manage to start on Concorde’s proper PBR finish this week, adding in the ambient occlusion maps and a more accurate finish overall, but weathering and more detail modelling are still to come. Interactive points for refuel trucks, loading and GPU all need to be added, and I need to be certain that the correct exit functions are operating so that Concorde can connect to gates when required.”

Next comes Technobrain, which provided an update on its much-anticipated and massive Osaka Kansai International Airport (RJBB) in Japan.

This time around we get to see a lot of new screenshots and a list of features:

It’s currently available on SimMarket for approximately $21 plus applicable VAT.

The next two airports have been released exclusively on the official Microsoft Flight Simulator marketplace, so you’ll have to seek them out on your own in the game. Usually, searching for their ICAO code is effective.

Both airports are available for PC and Xbox.

We then go to Denmark with Sønderborg Airport (EKSB) in Denmark released by Simnord.

This one is priced at $14.99 and on top of the airport, it includes three famous local landmarks, Dybbøl Mill, Alssund Bridge, and Sønderborg Castle.