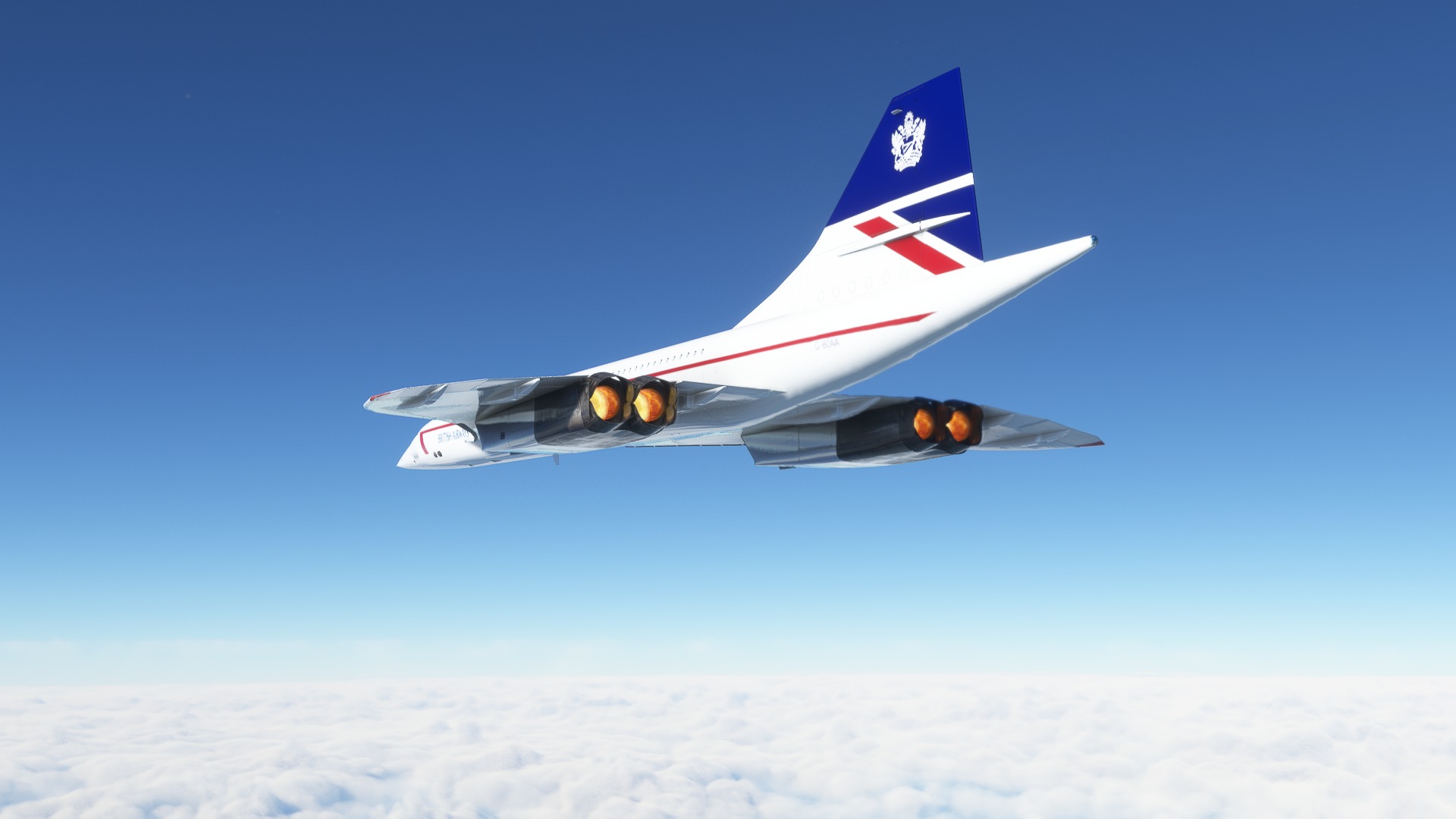 Today third-party developers had new reveals and releases to share about Microsoft Flight Simulator add-ons, while Microsoft itself released a new video.

We start with DC Designs, which posted a development update and new screenshots of its upcoming Concorde.

We also hear that the developer believes a release in the middle of March is “probable.”

“Quite a lot has been done this week aboard Concorde, but most of it continues to be on the coding front and so doesn’t make for great screenshots. One interesting event though occurred during flight testing when, reaching Mach 1.9 at 50,00ft over the Atlantic Ocean, I watched the moon “rise” ahead of me while the sun was still in the sky behind me, rising in the East. Concorde was literally out-pacing time, travelling faster than the Earth’s orbital rotation and catching the setting moon, which had been invisible below the horizon when I took off from Filton, UK. It was one of those moments that was probably witnessed by real Concorde pilots many times, but I don’t recall ever seeing it myself before in MSFS.

There have been many more systems added into Concorde now, and we have leveraged the sim’s afterburner ( reheat ) switch system to ensure that Concorde’s afterburners light with the correct switches as per the real aircraft. Fuel burn has been extensively tested and Concorde now has confirmed trans-Atlantic range capability, while ILS, autopilot, Max Cruise, Max Climb and other essential items are now active and tested.

Work continues on the electrical and hydraulic systems, with gauges coming on-line now as everything comes together. By the end of next week, I’m feeling fairly confident that the bulk of the internal coding and animating will be complete, leaving me with a few weeks to spend improving texturing and modelling throughout the internal and external models, and also writing the manual. I also have the in-sim checklist to add, which I want to be interactive with Concorde, so that a full flight from start-up to shut-down can be followed step-by-step without reference to the manual, essential for console users. Three more liveries will also be added to make four in total for the release package.

Concorde’s release is within sight now, looking like probably the middle of March somewhere if all continues to go according to plan.”

Speaking of screenshots, we also take the first look at the upcoming Gimhae International Airport (RKPK) serving Busan in South Korea by SamScene3D, which will likely work very well with the developer’s scenery for the city.

It’s currently available on the developer’s own store for $14.99 including both the city and a relatively simple version of  Guangzhou Baiyun International Airport (ZGGG).

Below you can read a feature list and watch a trailer.

Last, but not least, we get a new Feature Discovery video from Microsoft, showcasing the new aerodynamic systems included in the simulator in Sim Update 8 /which is already available in beta and will launch officially on Feb. 28) and coming with Sim Update 9, which is likely to launch in April.