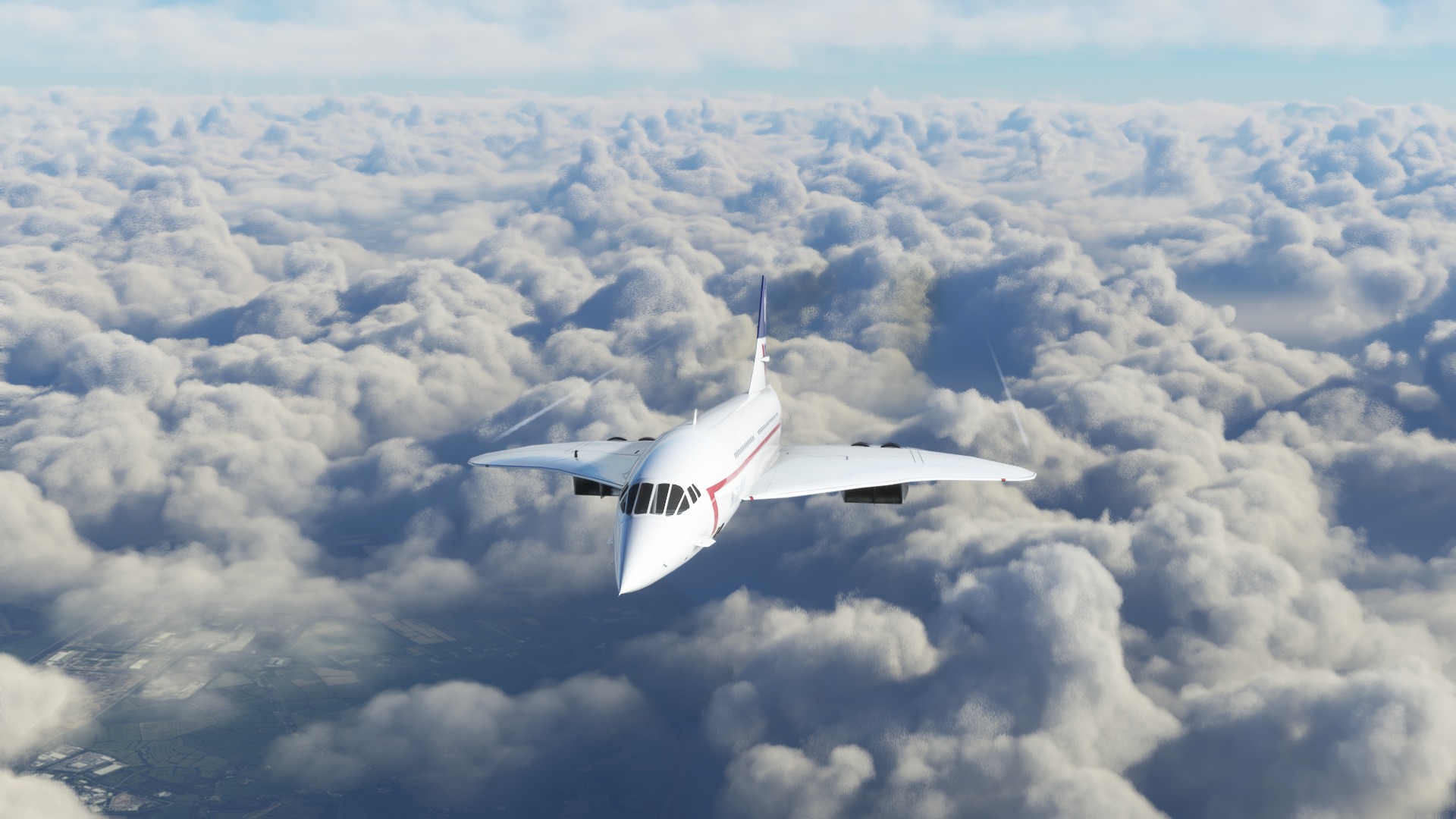 Third-party developers had quite a few reveals to share about add-on for Microsoft Flight Simulator today, on top of a relevant new release.

We start with the traditional weekly update from DC Designs which includes new screenshots of Concorde and even one of the upcoming freeware P-61B Black Widow.

After the epic work done by CodenameJack on the fuel system, it has then been my (ongoing) job to work through the whole thing on the engineer’s panel, making sure that all the annunciator lights and circuit MI’s work as they’re supposed to. Jack’s work is so accurate that I have been able to do this with reference to the real Concorde, and the same process is now being applied to the electrical and hydraulic panels. Concorde had three hydraulic systems for redundancy purposes, but I’m not sure if all three will be made operational at this stage ( although all controls will be available for that purpose ). Fuel transfer is now done in an identical manner to the real Concorde, balancing the center of gravity via the correct trim transfer tanks. So far, the model has more than 10,000 lines of code to handle all of this, with many more to come.

Quite a few comments were made over the past week about the lack of an Inertial Navigation System for Concorde ( INS ). There is a very good reason for this – to build one requires the use of WASM gauges for MSFS, and at this time they don’t work on the consoles, which was one of the reasons why other complex airliners with WASM gauges have been pulled from Xbox sale. The good news is that once they’re up and running, I can add in an INS and have been talking to Just Flight about working together on that when the time comes. For now, the INS has been modeled but modified to operate as a more modern Digital Entry Display so that users can both input and edit flight plans without having to resort back to the sim’s main menu. This set-up will remain with Concorde, while the INS when it arrives will be a selectable option ( DED for ease, INS for total realism ).

Concorde will soon be ready for her first trans-Atlantic flight, which will determine whether the flight model is now realistic enough that she can make it across the ocean without running out of fuel. Concorde often landed at JFK with around 22,000lbs of fuel, which sounds like a lot. However, at circuit height, that’s enough fuel for maybe a single go-around, so there is not a lot of room for maneuver. Factors that have been confirmed as working correctly include cruise-climb, super-cruise, drag regimes, and the way in which air temperature will affect Concorde’s ability to reach Mach 2. Quite often, in summer, the upper atmosphere was too warm for Mach 2, with Concorde cruising just below it and the crew “tweaking” the displays in the passenger cabin so that the passengers didn’t feel they’d been ‘cheated’ out of a Mach 2 flight. Such atmospheric limitations are present in the simulator, and the flight model will continue to be refined for accuracy right up until launch.

Next, we take a look at a brand new aircraft coming as a collaboration from SimWorks Studios and PILOT’s, the de Havilland Canada DHC-7, better known as Dash 7.

This veteran four-engine regional turboprop will have its 3D model, animations, systems, and flight dynamics developed by SimWorks, while PILOT’s will take care of the rest.

The developers promise “an authentic and realistically handling representation” but “accessible to new simmers” at the same time.

We also get an update from Hype Performance Group providing a look at new features coming with its Airbus H145 in the beta 10 version which will release in the weekend. These include a new downwash effect, more work done on the weapons of the military variant, and more.

We then hear from SamScene3D, which revealed that its new package China Guangzhou ZGGG will release next week.

This also confirms that the scenery will include the super-busy Guangzhou Baiyun International Airport (ZGGG), as you can see below.

Last, but certainly not least, Orbx released as previously announced its rendition of Václav Havel Airport Prague (LKPR) in the Czech Republic.

It can be purchased on Orbx Direct for $19.48 including the following.

Below you can watch the trailer also released today.