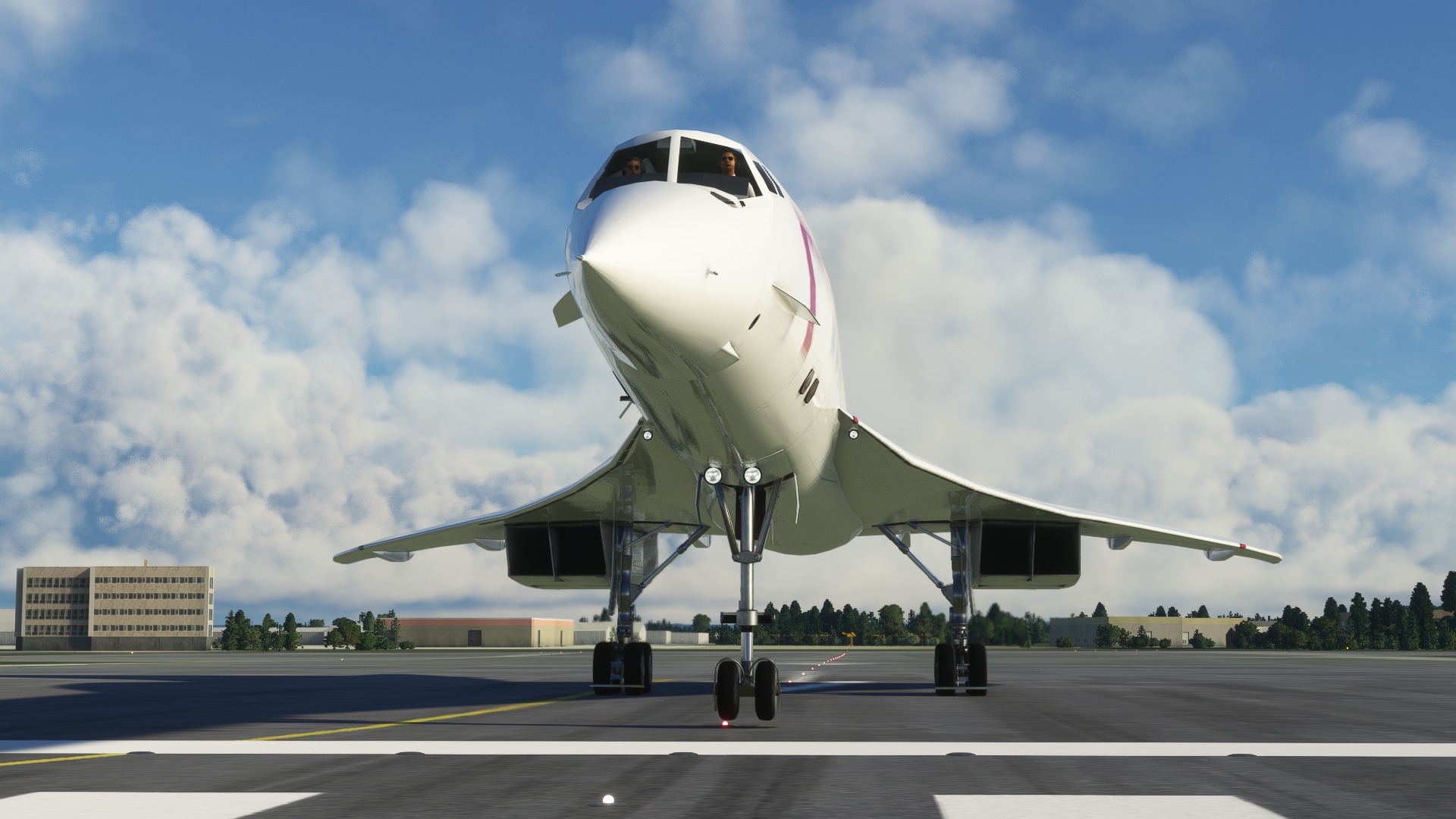 We start with Fenix Simulations, which shared some super-detailed images of the flight deck of its munch-anticipated Airbus A320 on its official Discord server.

We also get a sizable update about Concorde from DC Designs, with additional screenshots via Just Flight. The update also includes pricing information. It’s going to cost £27.9, $39.99, or €34.95 depending on where you live.

“This week, there has been huge ( and I mean really huge ) work performed not by me, but by CodenameJack, who has created Concorde’s immense fuel network system in MSFS to include all 13 tanks, 160 connecting fuel lines, 38 pumps and 34 valves. Every last one of them is connected to the relevant switches on the engineer’s panel, rendering the system fully operational in the sim. It’s hard to describe what a mammoth task that has been for him. Work is now progressing on Concorde’s equally vast electrical and hydraulic systems so that they can also be connected up to the relevant animations, further increasing the realism possible with this aircraft.
While CodenameJack was achieving all that, I built Concorde’s toilet.

To be more accurate, I worked largely on the interior this week as I needed a brief break from the complexity of the flight deck. I have built and textured much of the forward passenger cabin, the entrance area, the forward galley and the “tunnel” that leads to the cockpit. There remains much to do here so it’s still very much WIP, but there have been many requests for an interior that the user can “walk” through so I thought it was about time to share some proper images of the work done so far. There will be a few features including working flight deck and rest-room doors, handles, things like that, but as this is not Passenger Cabin Simulator, I’m not intending to go into absolute detail here, just a good rendition of Concorde’s interior to make users feel at home.

Next week, work will continue on finishing the interior and also connecting up all those electrical and hydraulic systems on the flight deck. There is still some custom coding to be done, a few instruments remain to be animated on some of the panels, and the interior lighting needs to be added before Concorde will be ready for final testing. While that testing is underway, I will work on improving the exterior model / textures while writing the manual.

On a final note, there have been some concerns lately about complex airliners in MSFS that have for one reason or another been held back from a console release due to functionality problems. Concorde is entirely internally coded, without the use of WASM gauges, so there should be no issues with its functionality on the console.”

We stay in the realm of aircraft for the announcement of a new developer working on a freeware Bombardier Dash 8 – Q400.

For the moment, Breeze Development provided a few work-in-progress images of the exterior model, with the flight deck teased and expected to be revealed on February 14.

You can follow the progress of the project on Breeze’s Discord.

Moving on to airports, Jetstream Designs announced a set of three Italian airports including Palermo (LICJ) and Lampedusa (LICD). The third, which will also be a smaller airport, has not been announced yet.

While sold in a bundle, the three airports will also be available separately. You can see Palermo and Lampedusa in the screenshots below. They’re already in “advanced development stage.”

It’s worth mentioning that this is a different rendition of Palermo from the one released last week on the official marketplace.

Next is 29Palms Scenery Design, which provided a new look at Nuremberg (EDDN) in Germany.

You can check it out in the first two screenshots below, while the other four are from an upcoming update of the already-released Mykonos (LGMK) in Greece.

Nuremberg is already undergoing beta testing so it shouldn’t be far off.

Last, but not least, FlyLogic Software announced Buochs Airport (LSZC) in the Swiss Alps, and you can check out a trailer by the cinematic geniuses at AviationLads.