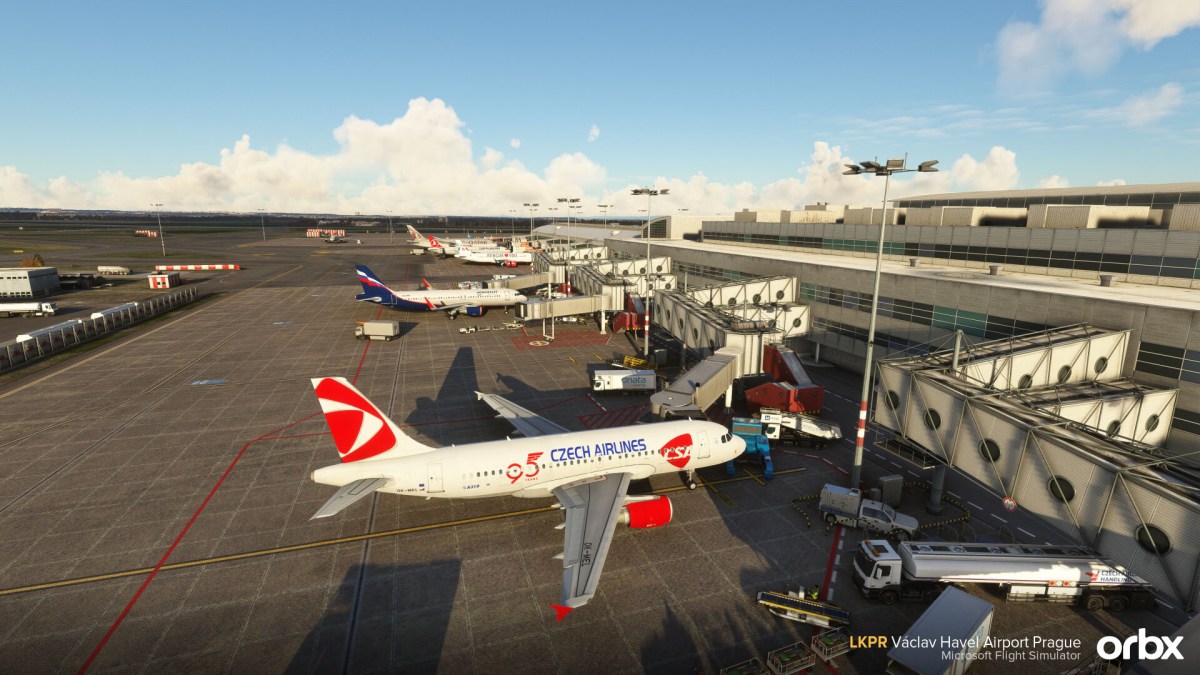 Today third-party developers had quite a few reveals to make about upcoming airport add-ons for Microsoft Flight Simulator.

Orbx announced Václav Havel Airport Prague (LKPR) in the Czech Republic, including quite a few screenshots.

Being one of the most relevant airports in Europe, it’s definitely a valuable addition to the simulator’s lineup. Here’s what you can expect:

“Welcome to the capital city of the Czech Republic, Prague, also known as “the City of a Hundred Spires,” with its Romanesque chapels and cellars, Gothic cathedrals, Baroque palaces and gardens.

Prague Airport was described as one of the largest in Europe when it was completed in 1937, and has since been through a few transformations, including the renaming of the Airport to Václav Havel Airport Prague in 2012.

The Orbx team has faithfully recreated the airport and surrounds as it stands today with expert modelling and high-quality photorealistic textures, complete with PBR.

Prague Airport has about 50 airlines, connecting Prague directly with over 120 destinations in the world, including Orbx airports such as EGNT Newcastle, LDSP Split and LIEO Olbia. For those that enjoy cargo operations, LKPR sees five scheduled cargo airlines connecting the city to many destinations in central and eastern Europe. Dozens of companies providing charter flights also operate from this busy airport.

Beyond the airport, we have included 21 custom POIs such as the Motol University Hospital (with landable helipad), Hvězda Summer Pavilion, HORNBACH Praha and Šestka shopping stores. 90 sqkm of custom orthoimagery improve the cloud-affected imagery that is currently seen in sim.”

It’s worth mentioning that this is a separate project from the one in the works at Tailstrike Designs.

Next comes SamScene3D which announced Gimhae International Airport serving Busan in South Korea. We also get a tease of another city scenery, Guangzhou in China, of which you can see a single screenshot below. At the moment, we don’t know whether the airport will be included.

Last, but not least, Drzewiecki Design shared new images of its work in progress on Renton Municipal Airport (KRNT) in the United States and the attached Boeing factory.