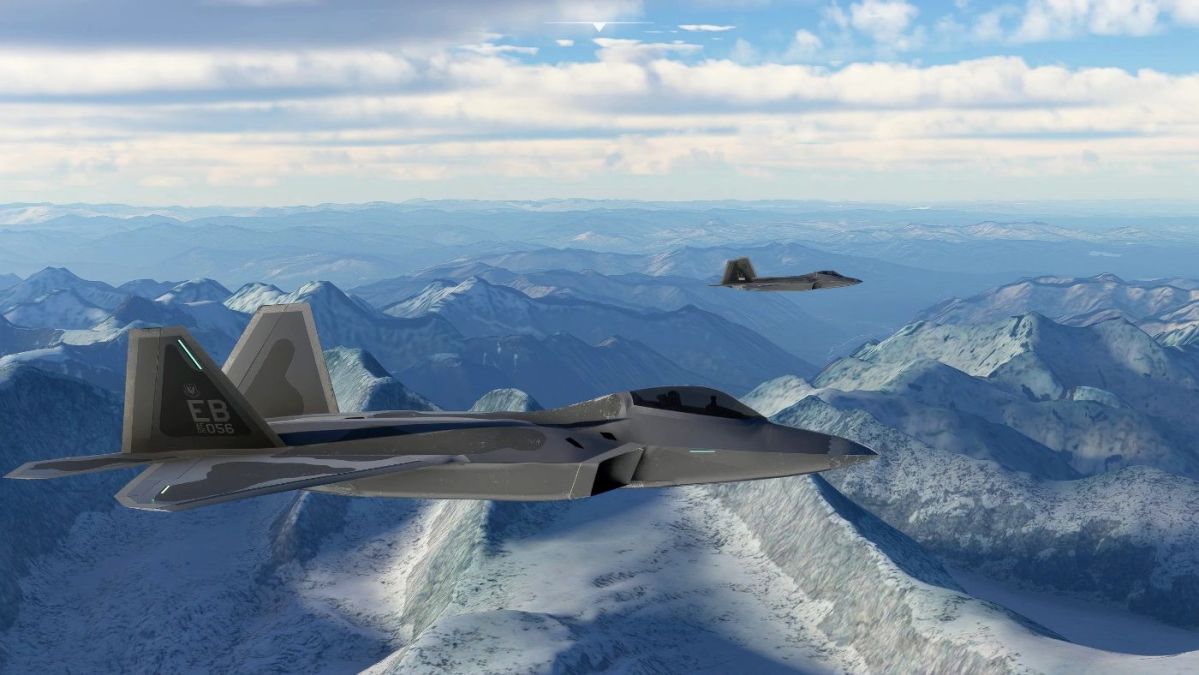 Third-party developers had news to share about Microsoft Flight Simulator add-ons coming down the line.

First of all, we hear that another payware F-22 Raptor is coming (on top of the one from Iris Simulations). This one has been announced by Top Mach Studios.

The developer is already well-known for its freeware F-22 that can be found on FlightSim.to (portrayed above), but promised a high-quality release with “many exciting and unique new features and capabilities.” We should be able to see the difference with the freeware version soon.

“A quick update for all of our F-22A Raptor fans. Top Mach Studios is hard at work on a high quality payware version of the F-22A. It will incorporate many exciting and unique new features and capabilities. It will be a massive improvement over the freeware model available here. Beta release is imminent and we will start releasing work in progress media and comments within the next one to two weeks. Stay tuned!”

We also get another look in the form of screenshots at General Enrique Mosconi International Airport (SAVC) in Comodoro Rivadavia, Argentina by Simulación Extrema.

Specifically, we see the Faro San Jorge lighthouse that will be included in the scenery, on top of the IX Brigada Aérea hangar with one of its Twin Otters.