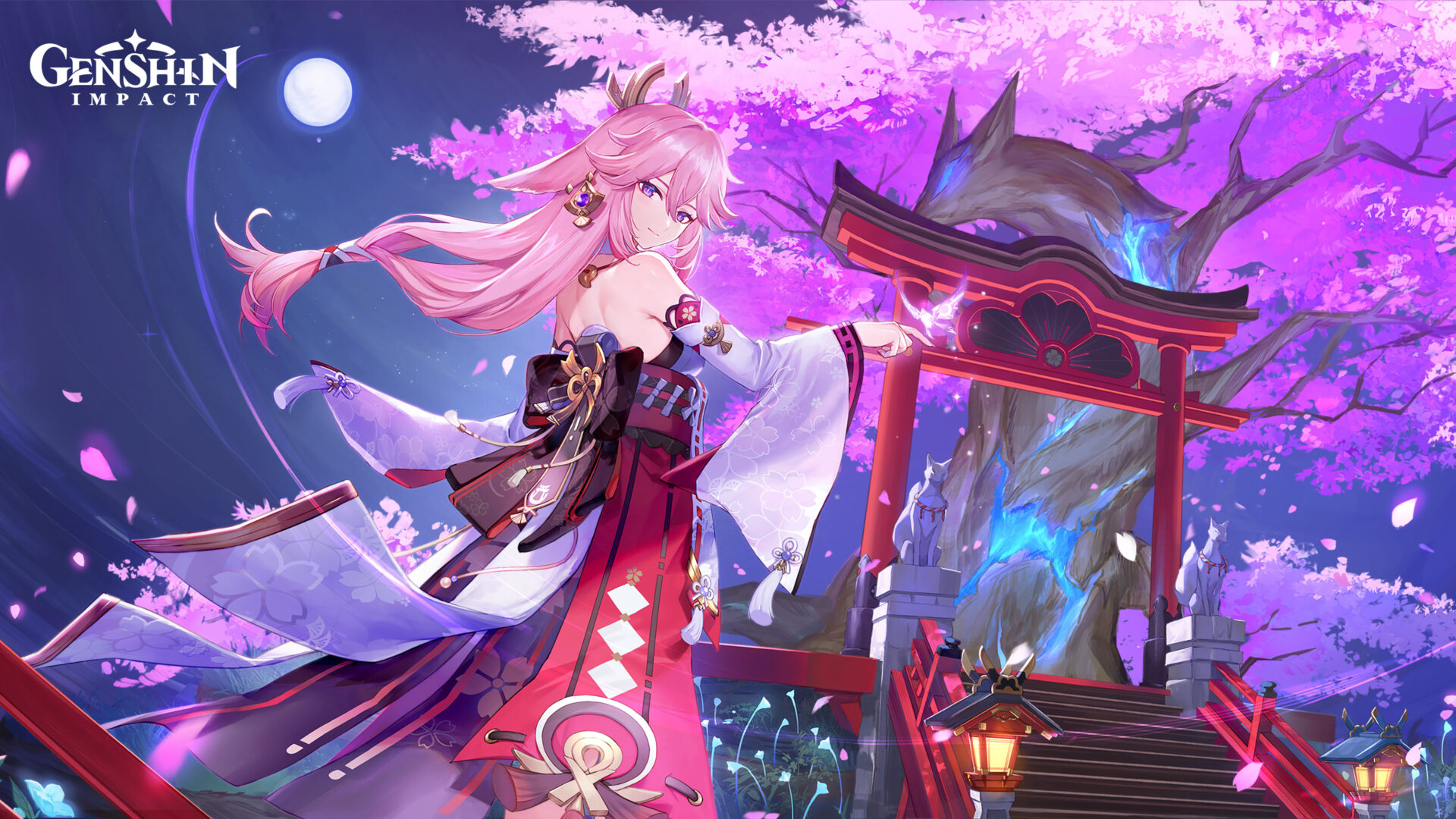 Today Mihoyo announced the details of the upcoming Version 2.5 update of its popular action RPG Genshin Impact, titled “When the Sakura Bloom.”

Below you can watch the new trailer (both in English and Japanese) another anime-style trailer on the story, and plenty of images. The last two pictures are concept art of the Chasm, a new area that will be introduced in version 2.6.

Here’s how the official press release introduces the update.

“The new seasonal event “Three Realms Gateway Offering” will challenge explorers with an area based on Enkanomiya that is haunted by unknown darkness. Once they have set foot in this area, characters will continuously accumulate corrosive darkness. A special gadget, the Bokuso Box, will be given to help resist the corrosive darkness, gain new abilities, and take down certain monsters. Open chests, unlock Waypoints and complete exploration objectives in the event area will all level up the Bokuso Box. The event will last the entire duration of Version 2.5, providing players with an ample amount of time to fully explore every corner and claim rich rewards including Primogems and the new 4-star catalyst weapon, Oathsworn Eye.

Tough enemies continue to appear in Inazuma. Beneath the water in Enkanomiya, players may encounter Standard Bearers, Line Breakers, and Defenders of the Shadowy Husk family, each type with different weapons, elements, and abilities. For instance, the Standard Bearer will create shields for itself and nearby Shadowy Husks if it hits a shielded character. On the other side of Inazuma, a formidable new Trounce Domain opponent arises, as Raiden Shogun’s Story Quest continues, promising to challenge players with intimidating combat mechanics.

More allies will also come to help. Yae Miko, the head shrine maiden of the Grand Narukami Shrine, will be joining as the new five-star Electro Catalyst user. With her Elemental Skill and Elemental Burst, Miko is capable of providing both constant damage off-field and high burst damage on-field. Meanwhile, players may also cross paths with Yae Miko as an unusual urban legend circulates throughout Inazuma. Yae Miko’s Event Wish will be available in the early stage of the update, followed by Event Wishes of Raiden Shogun and Sangonomiya Kokomi.

With Version 2.5, the “Divine Ingenuity” event will offer a chance for players to create their own domain. Participants of this event will be able to customize their own domains with a variety of terrain, mechanisms, traps, buffs and completion criteria. Moreover, players may also try out other players’ domain designs.”