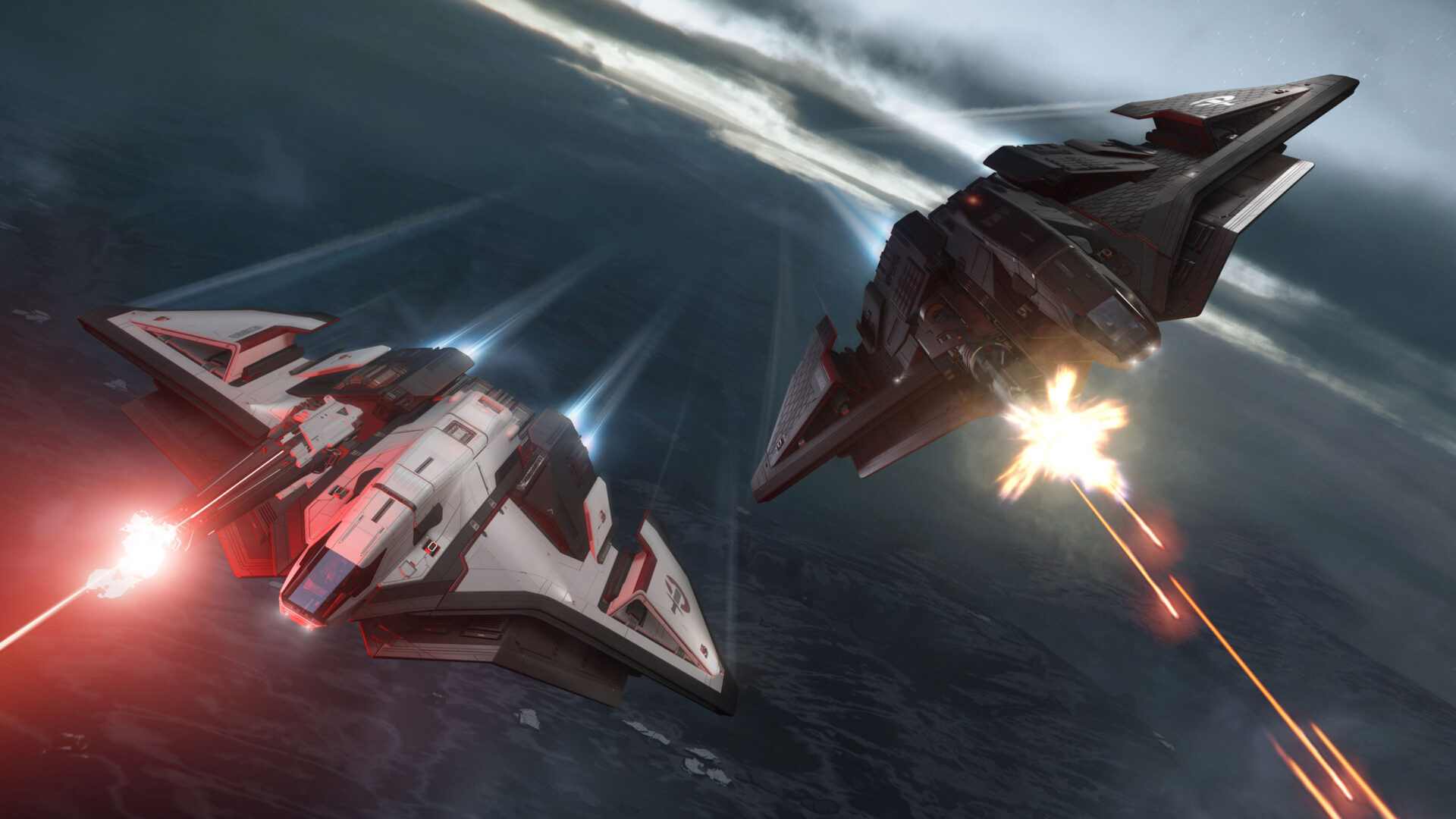 The trailer is part of a series dedicated to the expo and sees eternal silent sidekick Jimmy finally take the rains of Jeremy Clarkson spoof Jax McCleary’s show, while showing some seriously big guns in action.

Specifically, since the fifth day of the expo means the opening of the Crusader hall, players are now able to try out the Ares Ion and Ares Inferno, which are basically your space A-10s built around massive size-7 anti-capital ship weapons.

The Ion carries a cannon, while the Inferno carries a gatling for additional “brrrrt.”

Do keep in mind that you don’t need to spend any money to try the new ships. A Free Fly event is going on until December 1, granting everyone access to the game and its ships.

You can check them out in action below, alongside videos from the days dedicated to Aegis and to the alien brands, alongside a first look at the Aegis Redeemer, to catch you up with the expo content.

In other Star Citizen news, the crowdfunding total has just rocketed past $404 million and it’s currently sitting on $404,285,238.