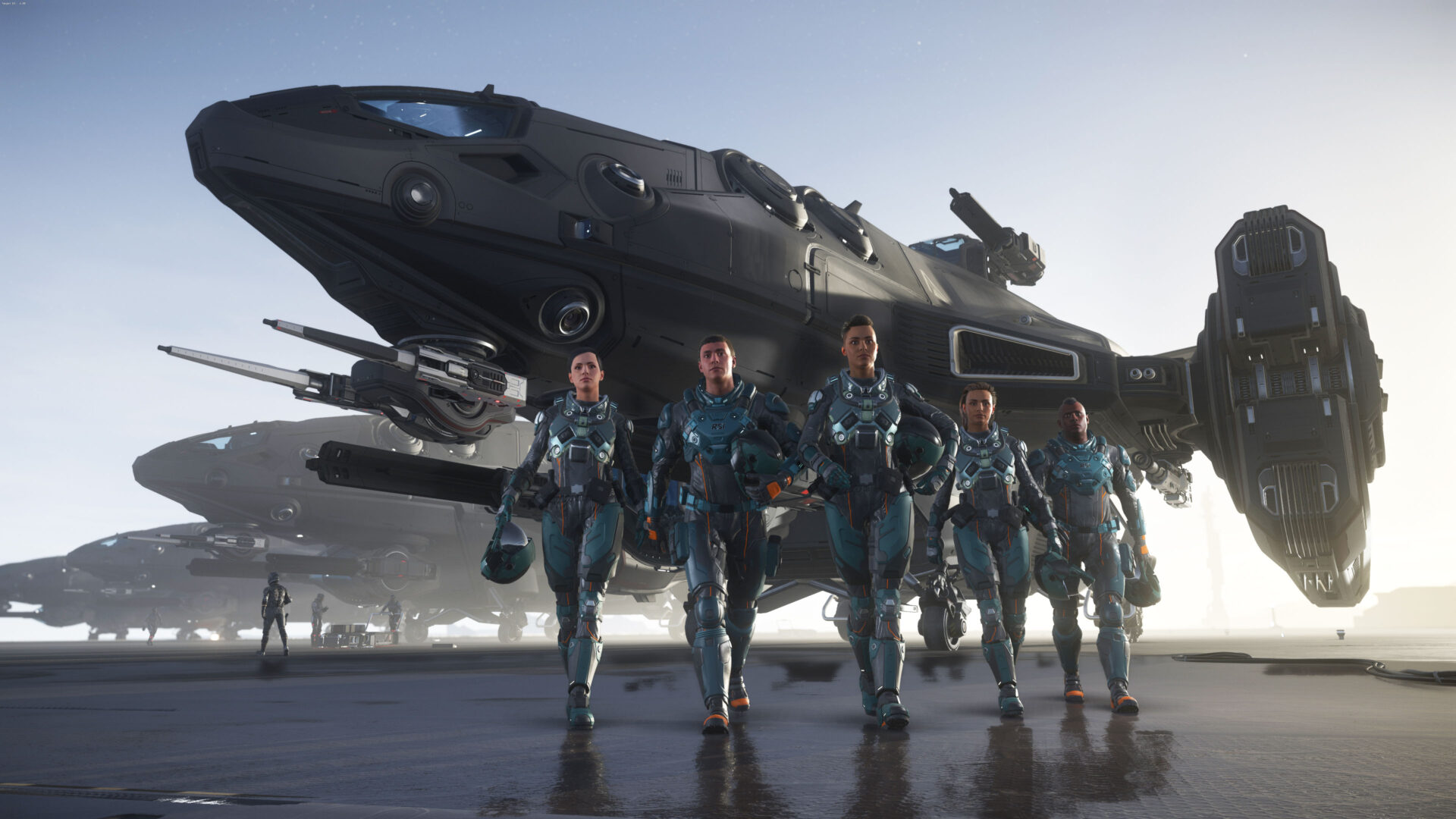 The event will last until Dec. 1, rotating manufacturers every day until the last three, which will showcase the best and brightest.

It also means that the traditional free fly event has also begun, letting everyone try the game for free for the duration of the event. You need to create a free account, but you don’t need to pledge any money for the game.

Six ships will be revealed during the show, even if we already know three, the Aegis Redeemer, the Ares Ion, and the Ares Inferno. According to the press release, a reveal from Argo will come on Nov. 25 and one from MISC will be showcased on Nov. 27.

As usual, various brands of ships will be flyable on a daily rotation, and we’re going to get humorous videos with Jax McCleary (who Jeremy Clarkson fans may find familiar) and his Stig-like assistant Jimmy.

Speaking of whom, you can see the first video below featuring the new Anvil Spartan armored personnel carrier revealed yesterday, alongside the schedule of the event, a map to reach the expo, a series of images, and a handy summary of what you can expect.

As usual, you should keep in mind that it’s known that not all of them are paying players. The number includes free accounts created for a variety of reasons, including Free Fly events like the one happening tomorrow.