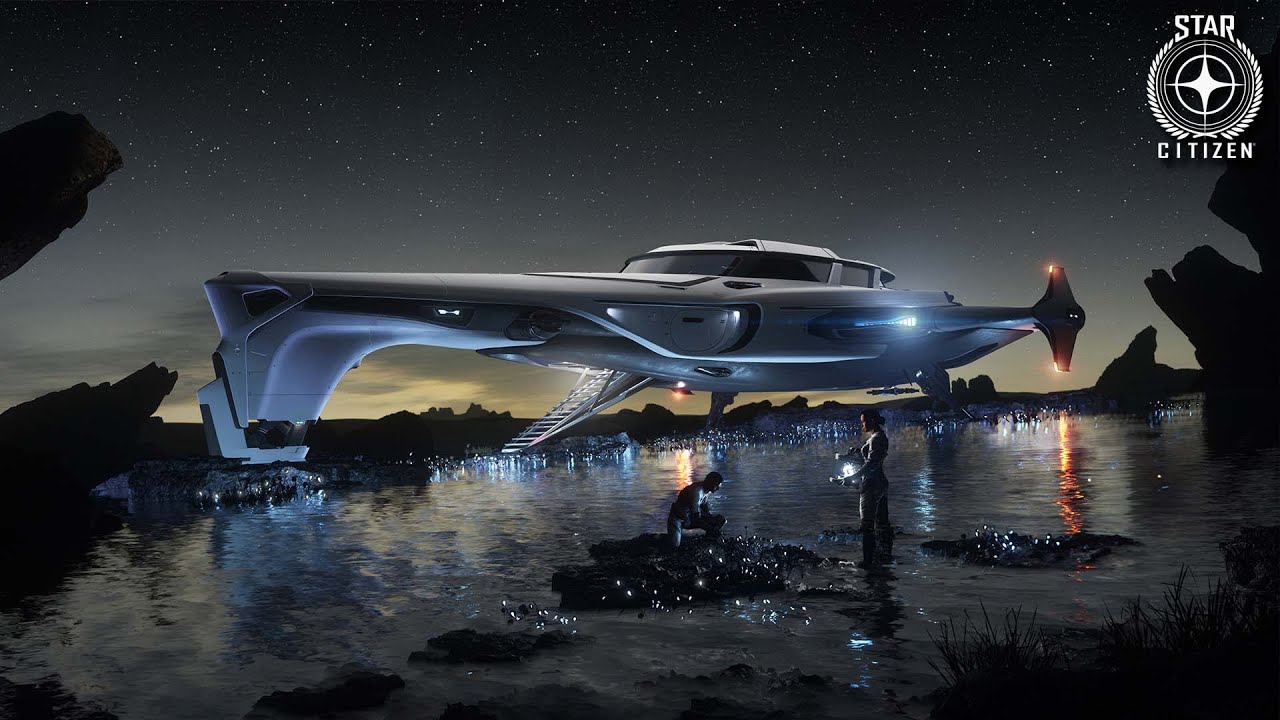 Creative director Chris Roberts himself kicked off the long presentation mentioning that the number of daily players is 2-3 times more compared to the latest CitizenCon in 2019 (last year there was no event due to the pandemic).

We then get to see an epic video featuring what is already included in the growing space simulator and teasing the jump point to Pyro, the next system that will be implemented soon.

We then take a look at the making of the jump points for both sides, followed by concept art and a featurette on the creation of the space stations.

Moving on from the outside, we then get to see the creative process for the interiors of these stations.

Next, it’s time to take a look at the planets and moons in the Pyro system, including weather, plantlife, and more. Another interesting aspect showcased is the planetary settlements.

We then get to see some gameplay around Pyro III including a great sneak peek at the Origin 400i starship, the new weather systems, and the outposts.

Several gameplay systems are showcased, and various ways to approach a mission. We also get a look at an interesting Hadesian artifact.

You can watch the full panel with all the content mentioned below.

Next, we get an extensive update about the upcoming ships to the Star Citizen universe, the Origin 400i (which gets a brand new trailer), the Anvil Liberator ship transport, and the Banu Merchantman. We also get to see some ideas for possible concept ships. Players will be able to vote for which ones they’d like to see made.

The next video focused on the new Gen12 renderer and Vulkan.

We then take a look at the latest and greatest in Star Citizen’s planetary tech.

A brief video also provides an overview of server meshing, which will move the game toward full persistence.

Another panel showcases the advanced audio tools used by the team.

Last, but not least, it’s an in-depth look at the systems that will be implemented in Star Citizen over the upcoming quarters including physicalized inventory and cargo, changes to shops, the reputation system, and an update on Quantum.

As usual, you should keep in mind that it’s known that not all of them are paying players. The number includes free accounts created for a variety of reasons, including Free Fly events like the one ending today.