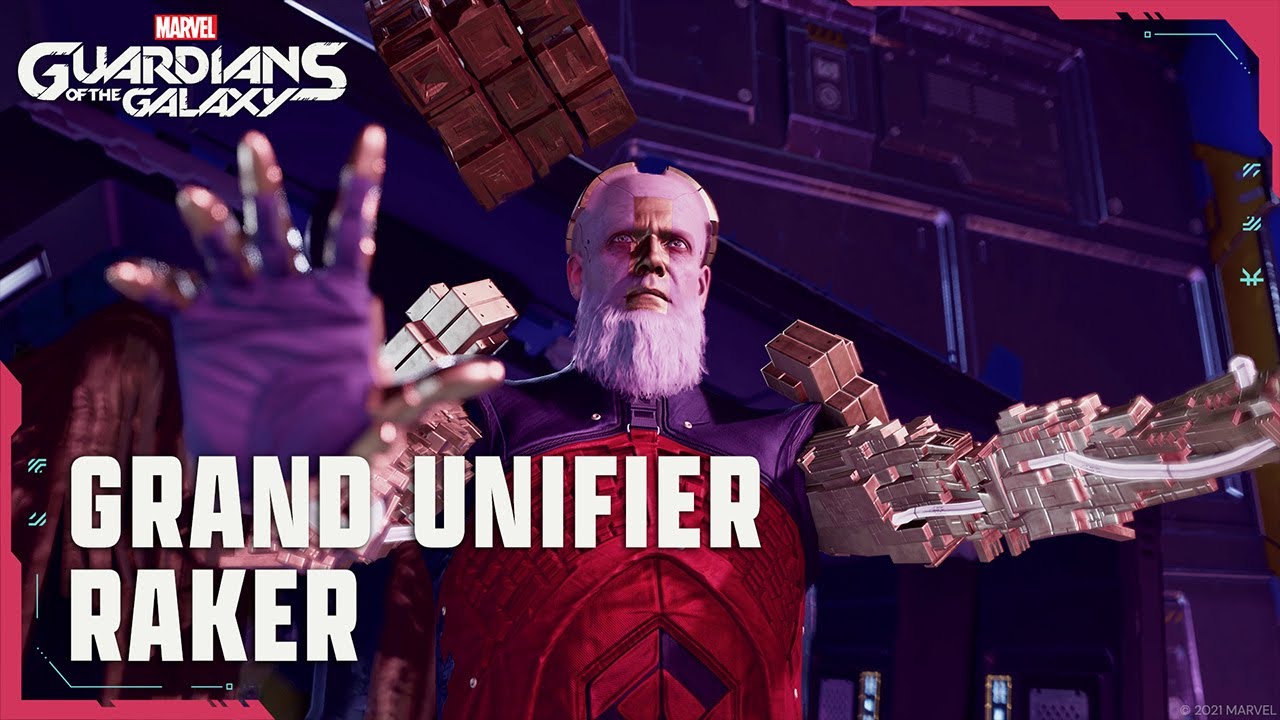 Today Square Enix and Nvidia released a new trailer of the upcoming Marvel’s Guardians of the Galaxy by Eidos Montréal.

The trailer showcases a cinematic introducing the Grand Unifier Raker, who certainly appears to have mixed intentions toward our heroes.

We also learn that the game will support ray-traced reflection and Nvidia’s DLSS technology.

“Meet Grand Unifier Raker, the leader of the Universal Church of Truth, a mysterious organization intent on bringing their so-called “Promise” to the whole galaxy. Self-righteousness ain’t gonna fly with the Guardians of the Galaxy. Will they live up to their name?”

You can take a look at the original reveal, the first screenshots, the introduction of Lady Hellbender, and another video about the music. You can also read an official description below.