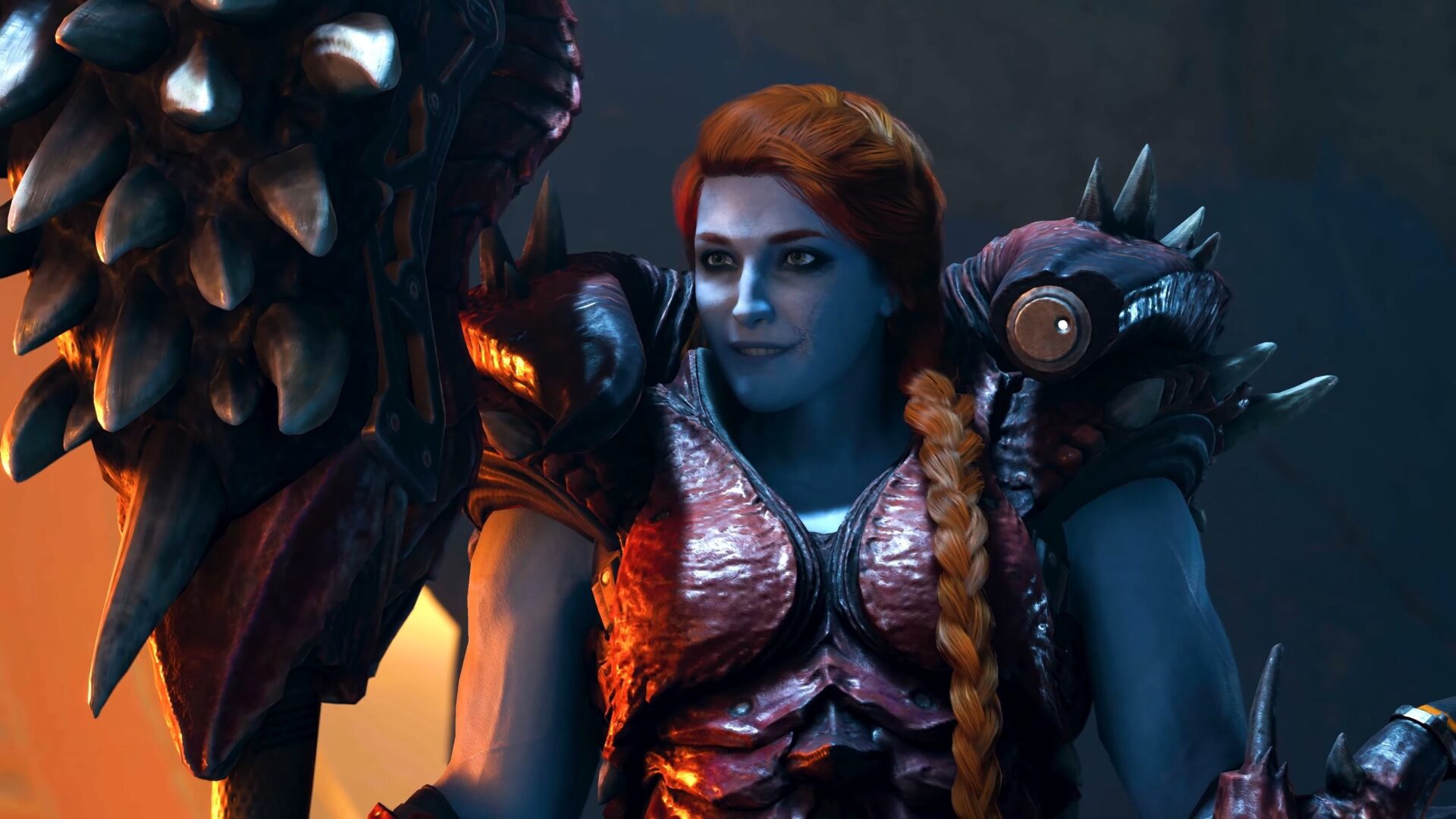 Today Eidos Montreal released a new trailer and a developer commentary video for the upcoming Marvel’s Guardians of the Galaxy.

The video introduces Lady Hellbender, who appears to be ready to play rival to Lady Dimitrescu. She certainly seems to have some chemistry with Drax the Destroyer.

The developer commentary video also provides a deeper look into what we can expect from her.

You can check both videos out below, alongside an official description for the characters.

“Meet Lady Hellbender: leader of the Hellraisers, queen of Seknarf Nine and monster collector. In this scene, the Guardians try to con her by pretending to sell a “rare monster”, either Rocket or Groot, depending on the player’s choices. This is the start of a great love/hate relationship. (Mostly hate)”

You can take a look at the original reveal and the first screenshots and read an official description below.