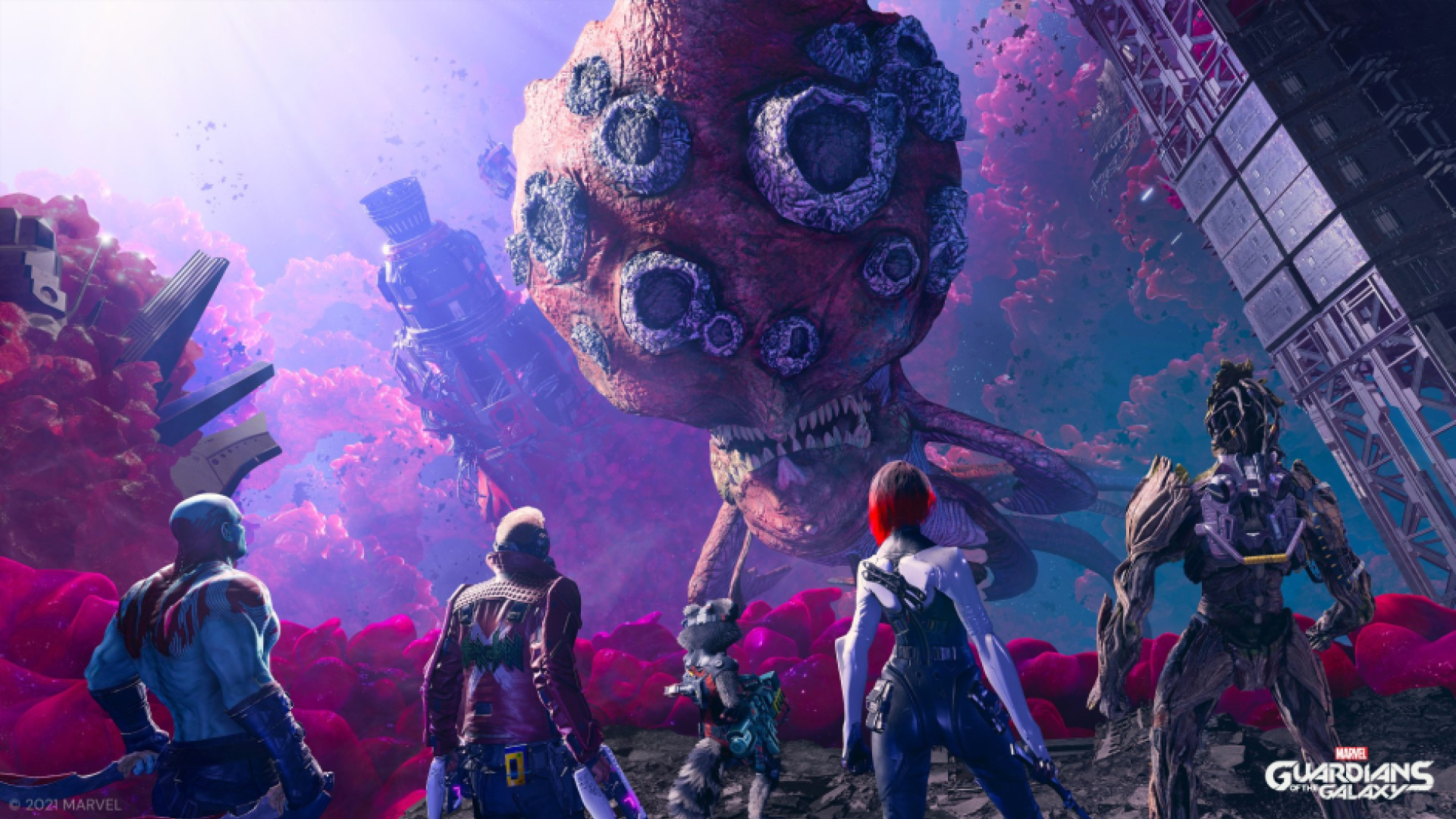 Today, during the Nintendo Direct for E3 2021, it was confirmed that Guardians of the Galaxy will be coming to Nintendo Switch on Oct. 26. Fortunately, we were spared the full-game let’s play that was showcased during the Marvel, erm, I mean the Square Enix press conference the other day. Got to leave something to the imagination for Switch fans.

Other than the new platform, nothing new about Guardians of the Galaxy was mentioned during the spot during the Nintendo Direct that we didn’t already learn from the initial reveal that you can read about here.

What is interesting enough to mention is that the there was a note that said the following: “Footage representative of visual quality under optimal conditions. Persistent high-speed internet connection required.”