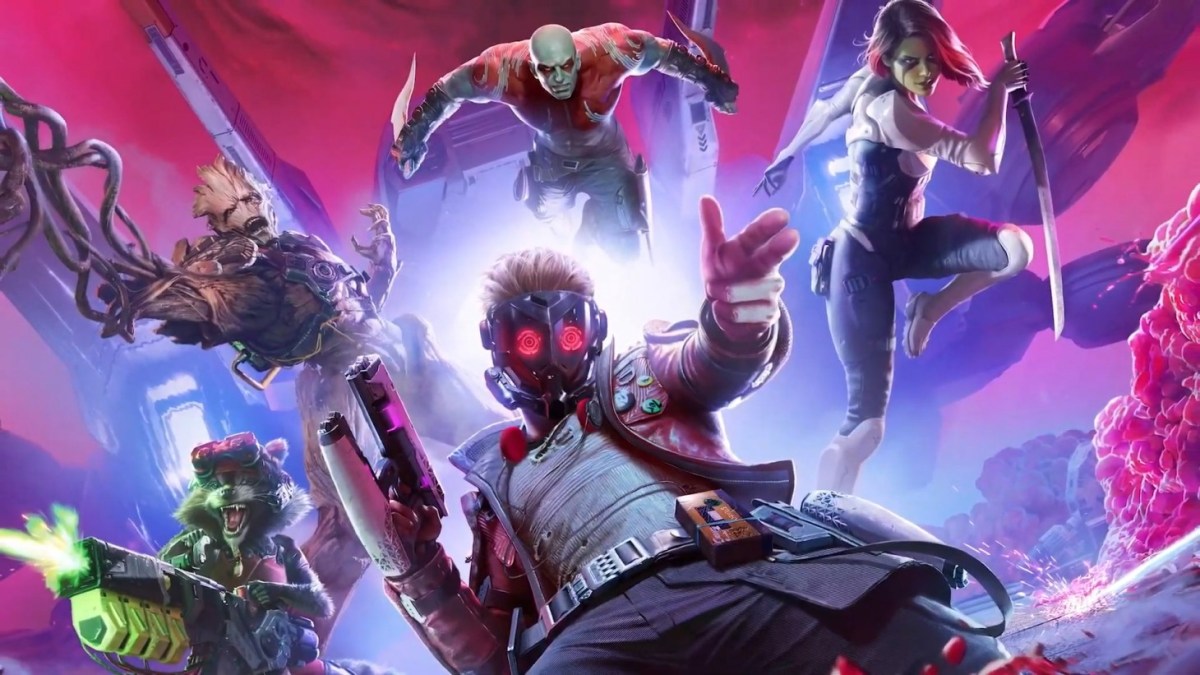 Guardians of the Galaxy will be a third-person, single-player, story-driven adventure where you play as Star-Lord. Your fellow guardians will accompany you in combat, allowing Star-Lord to issue commands to his teammates.

Square revealed a story trailer, an in-depth developer featurette, and a lengthy demo. We get a good look at the very Mass Effect-inspired dialogue choices and a combat system that looks in line with Marvel’s Spider-Man or Marvel’s Avengers, with a focus on providing commands to your fellow guardians.

Star-Lord uses a mix of melee and ranged attacks by way of his blasters, and can pull up a command wheel mid-combat to issue orders. While the Guardians don’t necessarily look like their film counterparts, they’re clearly being designed with all the best elements of their film and comic book versions.

Square Enix provided a brief synopsis of the Guardians’ latest.

Fire up Star-Lord’s jet boots for a wild ride across the cosmos in this third-person action-adventure game, a fresh take on Marvel’s Guardians of the Galaxy. With the unpredictable Guardians at your side, blast your way from one explosive situation to another, with original and iconic Marvel characters caught in a struggle for the fate of the universe. You got this. Probably.

We don’t have too long to wait for Guardians of the Galaxy, as the game is approaching an Oct 26, 2021 on PlayStation 4 and 5, Xbox One and Series consoles, and PC.

You can check out the latest screenshots here. Interested in more from the Square Enix showcase? Check out the latest details from Platinum Games’ Babylon’s Fall and a look at some new Avengers content including the upcoming Black Panther: War for Wakanda expansion.