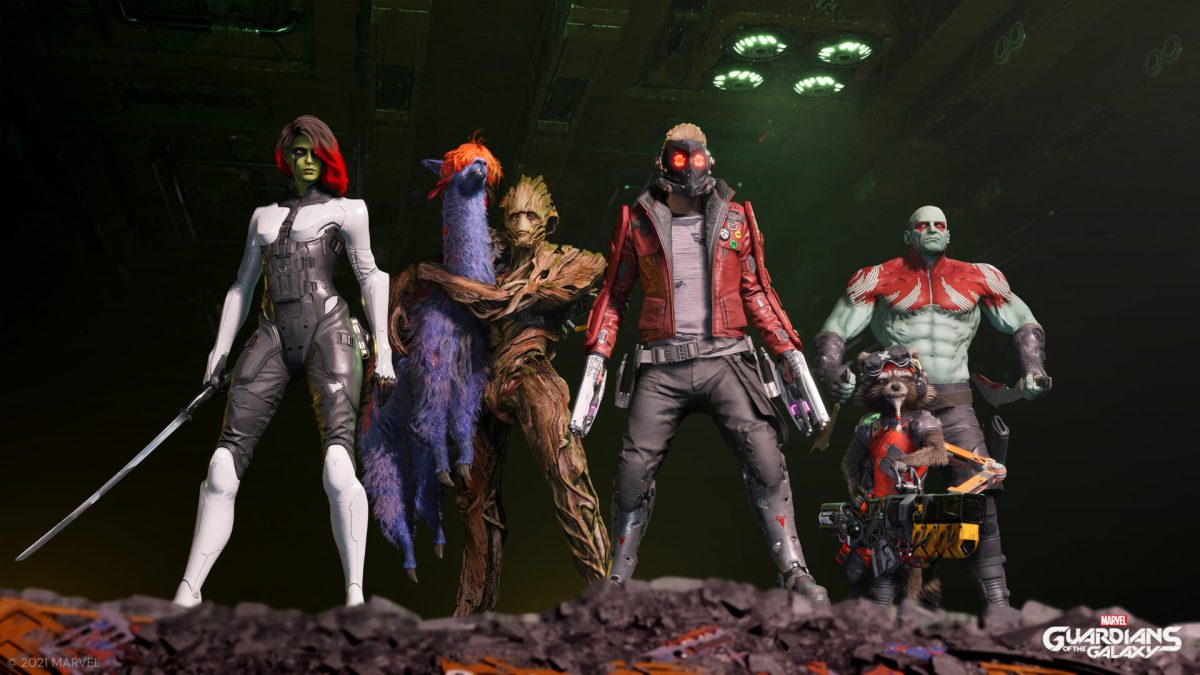 Following the reveal at the Square Enix Presents livestream, the publisher released the first screenshots of Marvel’s Guardians of the Galaxy alongside details.

We get to see our heroes, monsters, starships, and the key artwork.

The press release also included official details, which you can read below.

We also get a comment from David Anfossi, Head of Studio at Eidos-Montréal

“The Eidos-Montréal team is honored to have the opportunity to work on such an iconic franchise alongside our trusted collaborators at Marvel Entertainment.

Our teams are known for revisiting IPs and bringing their own twists and craft to the stories and the art surrounding them. As you will experience, it’s no different for Marvel’s Guardians of the Galaxy.”

“A distinct mix of sci-fi, family drama, and rock n’ roll attitude with an edgy aesthetic is the foundation for our Guardians franchise.

We are thrilled to collaborate with Eidos-Montréal knowing they are the team that can deliver on this core promise. The team’s laser-focused vision for our beloved band of misfits shines in Marvel’s Guardians of the Galaxy. We are excited for our fans to play it this October.”

If you’re curious about the other games showcased during Square Enix’s stream, you can watch the full recording on-demand here.