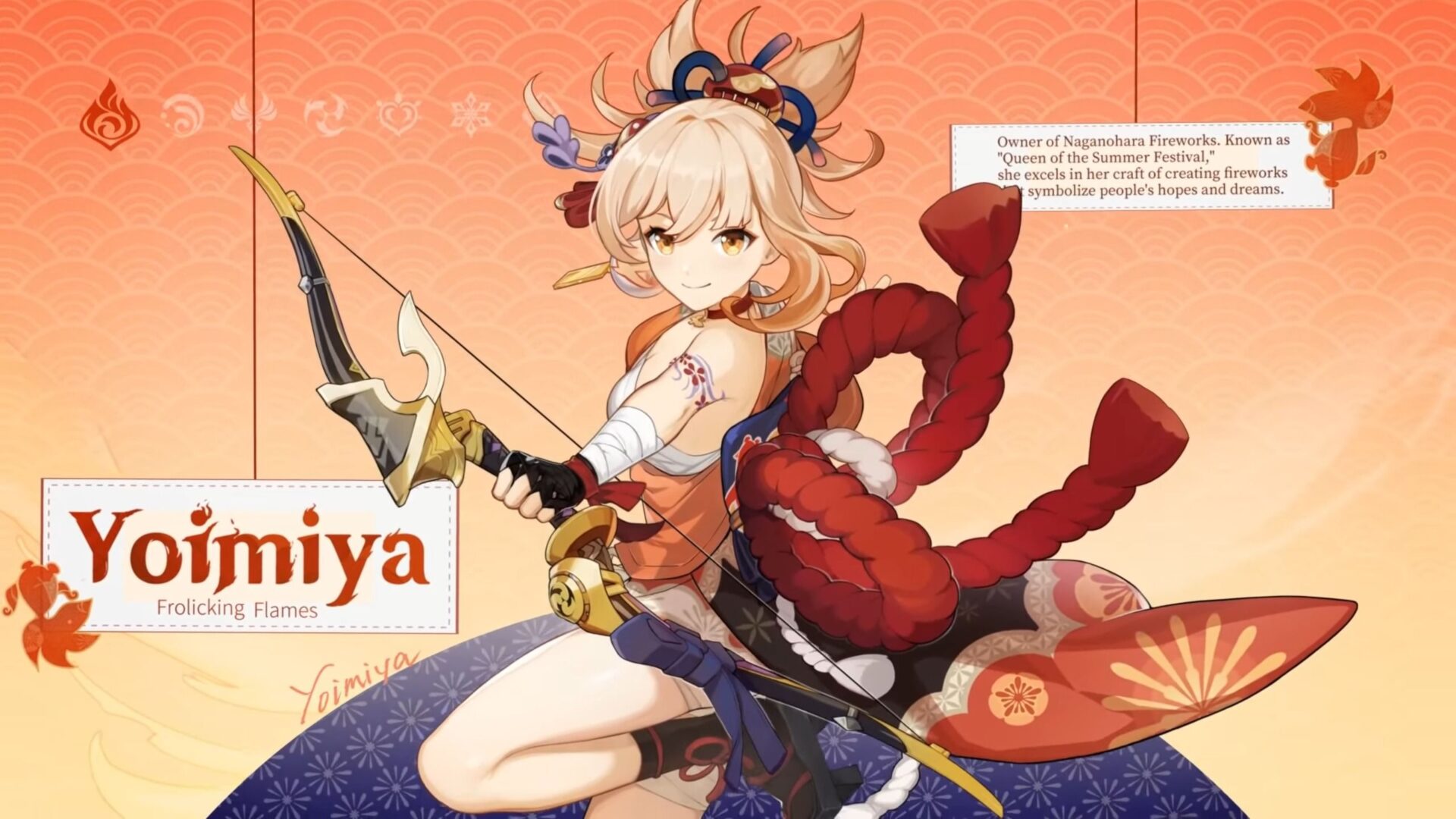 Following the release of version 2.0 of Genshin Impact and its new region, Inazuma, Mihoyo launched a new trailer introducing one of the new characters.

We get the introduction to Yoimiya, a talented pyrotechnician also known as the “queen of the summer festival.” This time around, we get to see her in action, unlike her previous trailer.

She will be available via the game’s gacha soon, on August 10.

You can check her out below, both with English and Japanese voice acting (featuring adorable Kansai-ben), depending on your preference.

“Those with a cheerful and childlike nature will surely feel very welcome at Yoimiya’s Fireworks Show.

“One, two, three! Welcome to the Fireworks Show!”

If you want to see more of Genshin Impact, we recently interviewed MiHoYo about the game’s platforms, inspiration, and more. You can also read our review and watch the trailers dedicated to Kamisato Ayaka and one dedicated to Sayu.