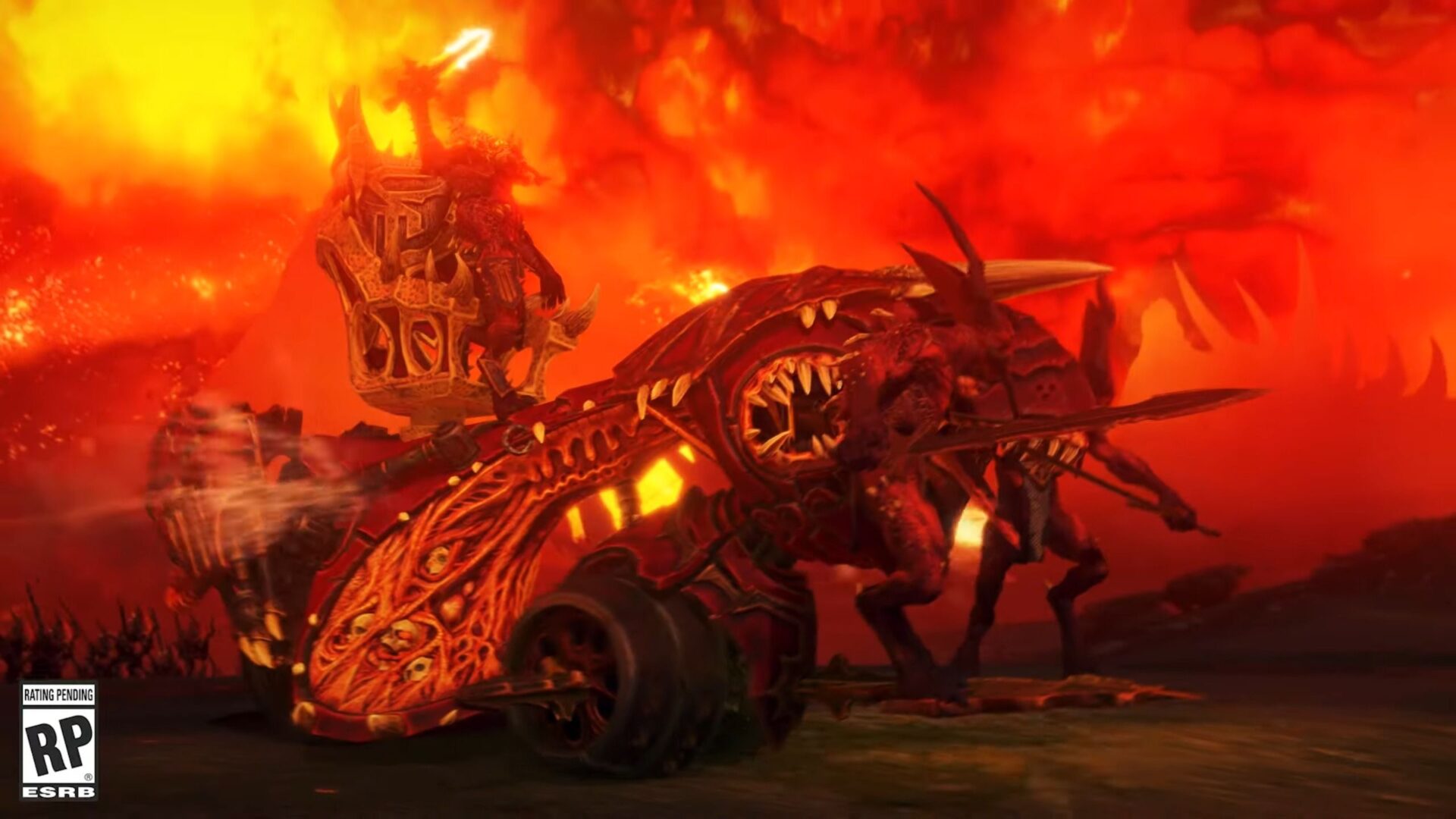 The trailers feature two units of the new roster of the Khorne faction, the Flesh Hounds and the Bloodthrones.

Creative Assembly surely leaned into the Bloodthrones’ similarity with bikes, making them do wheelies and donuts.

If you’re unfamiliar with Total War: Warhammer III, which is coming for PC, here’s an official description. You can also watch the previous trailer, the one that came before, another, plenty of gameplay, and the original announcement.