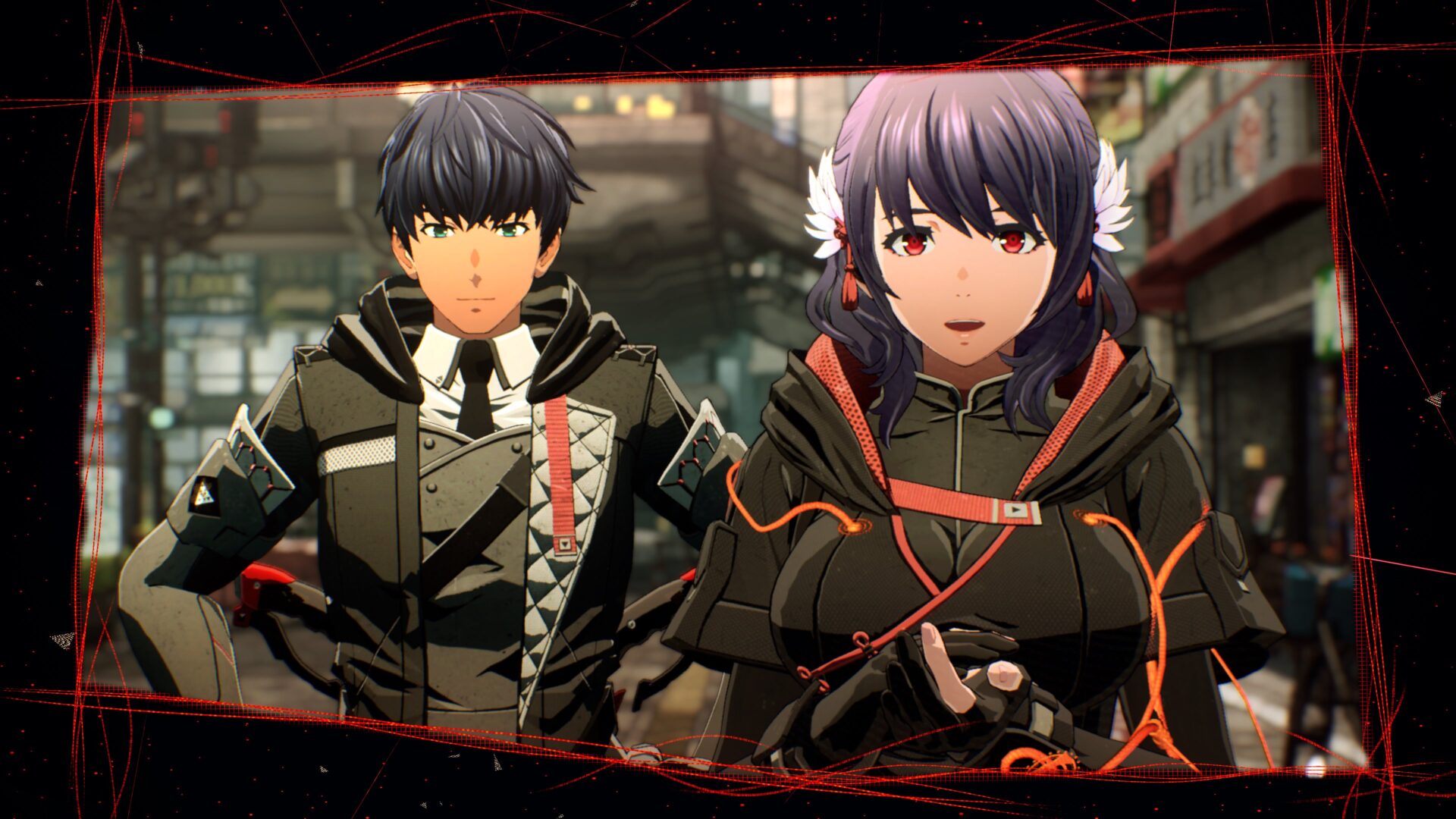 More images and videos of the upcoming cross-generation JRPG Scarlet Nexus have been shared by Bandai Namco.

As usual, the lion’s share of the reveals comes directly from director Kenji Anabuki, who also provided some details conveniently translated into English for the western fans.

We get to see environmental elements, characters, skills, accessories, and bonus weapons that will be distributed for free for everyone at a later time. You can check them all out below.

We also get more assets from the official account of the game. Below we see Yuito and Kasane’s “Brain Map” skill trees. You’ll notice that they have different unlockable skills.

Another interesting aspect is the Defense Force. They’re ordinary people with no special powers and they’re stationed in cities like Suoukyo and Seiran. They aren’t equipped to defeat the Others, but they’re responsible for most work besides that, like security, escorting VIPs, and leading evacuation when required.

Next is another look at costumes and accessories. They don’t influence battle stats. Some are bonuses for editions and pre-orders, while others can be purchased in shops with data collected during missions and exploration.

We then meet Joe Sumeragi and Kaito Sumeragi, Yuito’s father and older brother.

Joe is the chairman of the Council of New Himuka, which basically means he’s the head of state. He was against Yuito’s enrollment in the OSF but he cherishes his son.

Kaito is an excellent politician and the head of the OSF despite his young age. He used to be very nice to his little brother.

In the videos below we see the ability to throw telephone pholes at enemies thanks to Yuito’s psychokinesis, and the Assault Vision 1 feature.