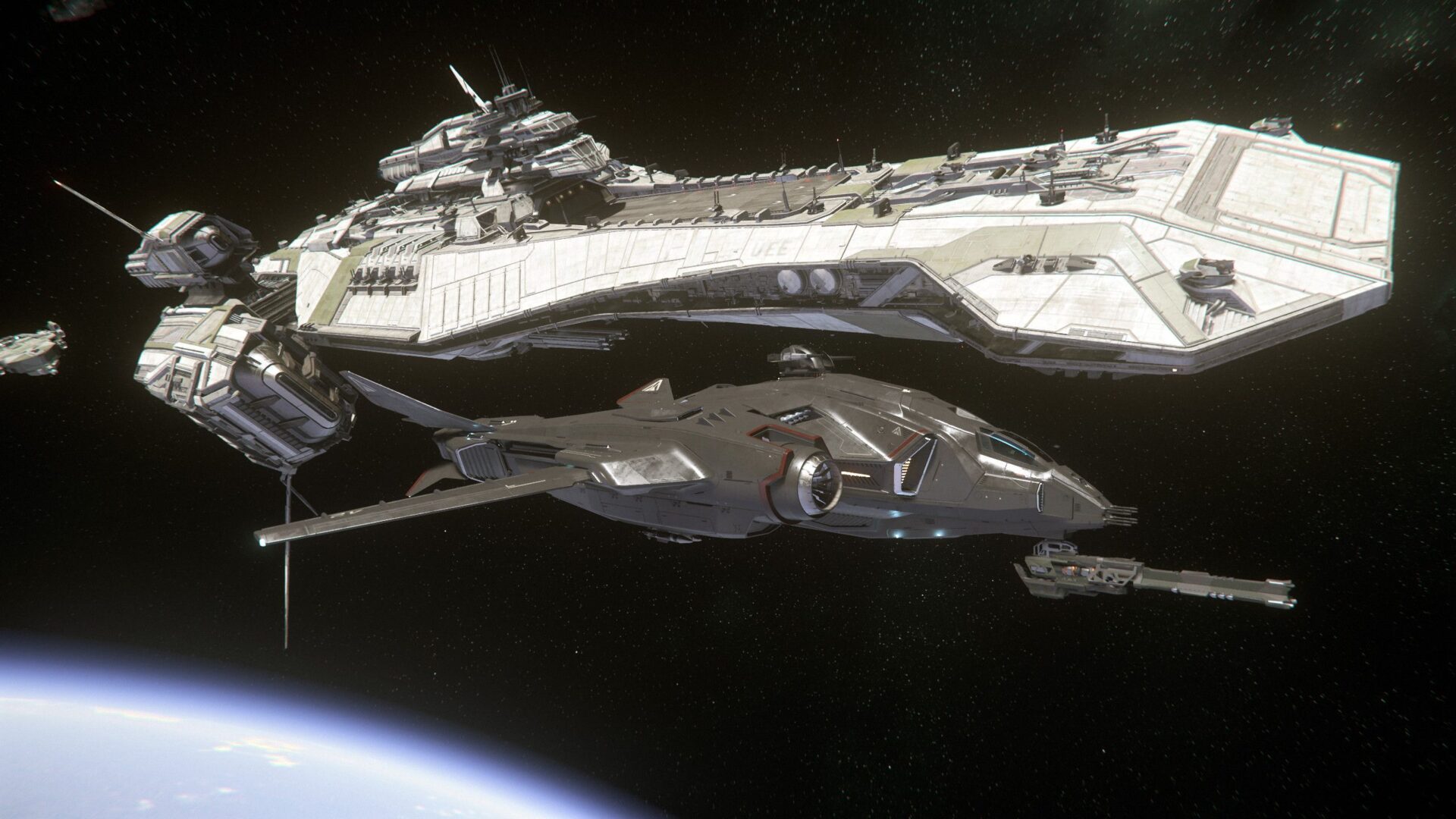 Star Citizen developer Cloud Imperium Games has launched one of its biggest events of the year with Invictus Launch Week 2951, and this time, they have brought the big guns to bear, literally.

If you’re unfamiliar with the Invictus Launch Week, it isn’t an event to celebrate the game’s launch, but instead. It’s a celebration from the game’s lore that celebrates the UEE Navy.

This year, the celebration includes the usual expo, a flyby by a fleet led by the largest (at least for now) ship in the game, the Bengal-class carrier, and a visit to the interior of the second-largest, the Javelin-class destroyer.

This pushes the size and scope of the event up a notch from last year’s event when the Javelin was the centerpiece of the flyby, but no interior was available.

If you can’t check it out on your own PC, we have a few videos for you. In the first video below, we escorted the Bengal and her fleet during her flyby over the city-planet of Arccorp, and she’s truly a majestic lady. This carrier likely has a sentimental value for many Star Citizen fans, as she was showcased in the very first trailer of the game eight years ago. It’s certainly quite the spectacle to see her finally fly in the game, and a sign of how far Star Citizen has come.

The second video showcases the visit to the UEES War Hammer Javelin-class Destroyer. Players who have enjoyed the Xenothreat event are already familiar with her, but this time around we take a look inside and meet her crew. Interestingly, while not every environment of the ship could be visited, Cloud Imperium went above and beyond, letting the voiced crew introduce the ship for the visitors.

The third is kind of a bonus, showing off the RSI hall of the Invictus Launch Week expo. This is relevant both for regular players and those who will join to enjoy the free fly event that starts today (and ends on June 3). This is where most of the flyable ships and vehicles of the game (a whopping 59) will be available for rental on a brand-based rotation, so those who log in often will be able to try them all.

In order to get ready, you can create an account on the official website and download the client, keeping in mind that the free access will begin later today, so you may have to wait for a couple of hours from the publication of this article. As usual, keep in mind that Star Citizen is best enjoyed when installed on an SSD, as its massive scope is quite challenging for regular hard-disk drives to load.

The number of registered accounts recently passed three million, and it’s at 3,097,085 at the moment of this writing.