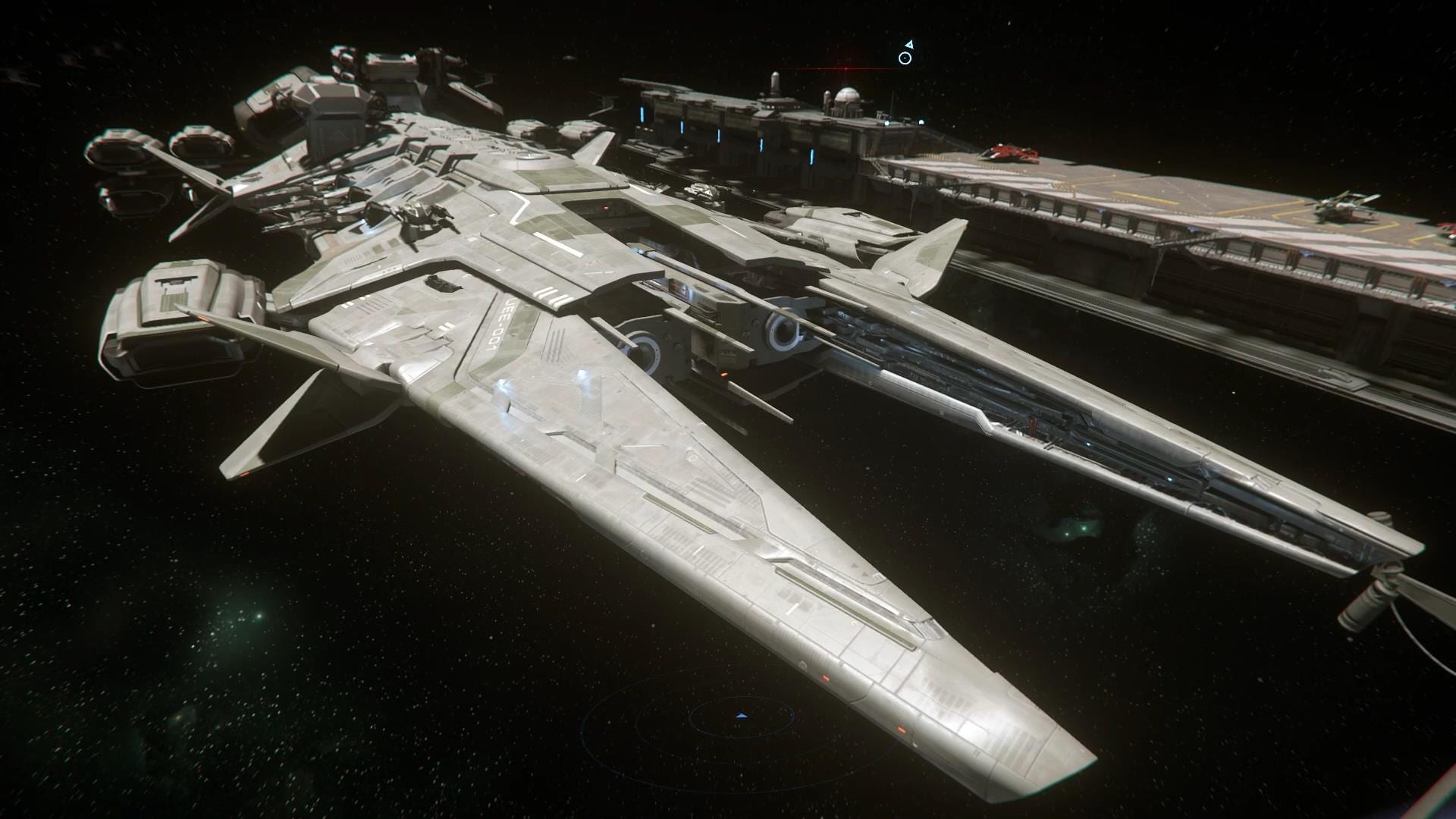 Star Citizen’s “Invictus Launch Week” event is in full swing, and Cloud Imperium Games pulled the big guns out of the hangar, literally.

The event includes the debut in-game of the Javelin destroyer, which is the biggest capital ship implemented for the moment.

It’s a whopping 345 meters long and it dwarfs the Idris frigate, which was showcased last year.

At the moment it’s not flyable (the model doesn’t actually have an interior), but you can see it tour the planets’ orbital stations escorted by two Idris and a flight of F-8 Lightning of the 999th “The Wreckless” Test Squadron of the UEE Navy.

Each time the fleet docks and departs a space station, a fireworks show is displayed to celebrate Invictus.

You can check both the ship and the fireworks below, alongside a bonus tour of the Lightning, which is a strictly military ship so it isn’t available for purchase, but will be featured in the single-player campaign Squadron 42.

Incidentally, I mentioned a hangar at the beginning of this article, but there isn’t (and won’t be) a hangar big enough for this kind of ship in the game. They’re designed to dock to space stations like in classic sci-fi movies.

This isn’t even the biggest flyable ship planned for Star Citizen. It’ll eventually be dwarfed by the 1,000m-long Bengal-class carrier, which isn’t in the game yet.

If videos aren’t enough for you, you can see it with your own eyes, the game is free to play for the next ten days, including a large portion of its diverse fleet of ships.

The number of registered accounts has also recently passed a milestone and it’s now at over 2.6 million (currently 2,633,491, which is roughly 15,000 more than yesterday).