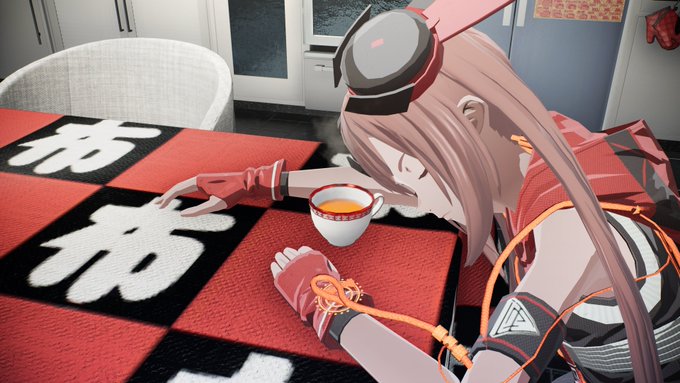 New screenshots and videos of the upcoming cross-generation action-JRPG Scarlet Nexus by Bandai Namco have been revealed.

As usual, the game’s director Kenji Anabuki shared even more images showcasing the game’s heroes in various situations, the loading screens, the Korean localization and a location.

Most of his tweets kindly include an English translation including western fans in the party as well.

We also take a look at the powers that can be borrowed from companions in two videos.

More assets were shared by the official Japanese account of the game.

We see a mobile shop that allows players to purchase recovery items and equipment. The character is Satori, a member of the OSF wearing a yellow mask.

The second pair shows the abandoned underground line Suou 9. It used to connect Suoukyo with the surrounding cities but it has been left behind due to the attacks by the Others.

The game is coming for PS5, Xbox Series X, PS4, Xbox One, and PC via Steam on June 25 and is even getting a TV anime adaptation by acclaimed studio Sunrise. A demo is coming later this month.