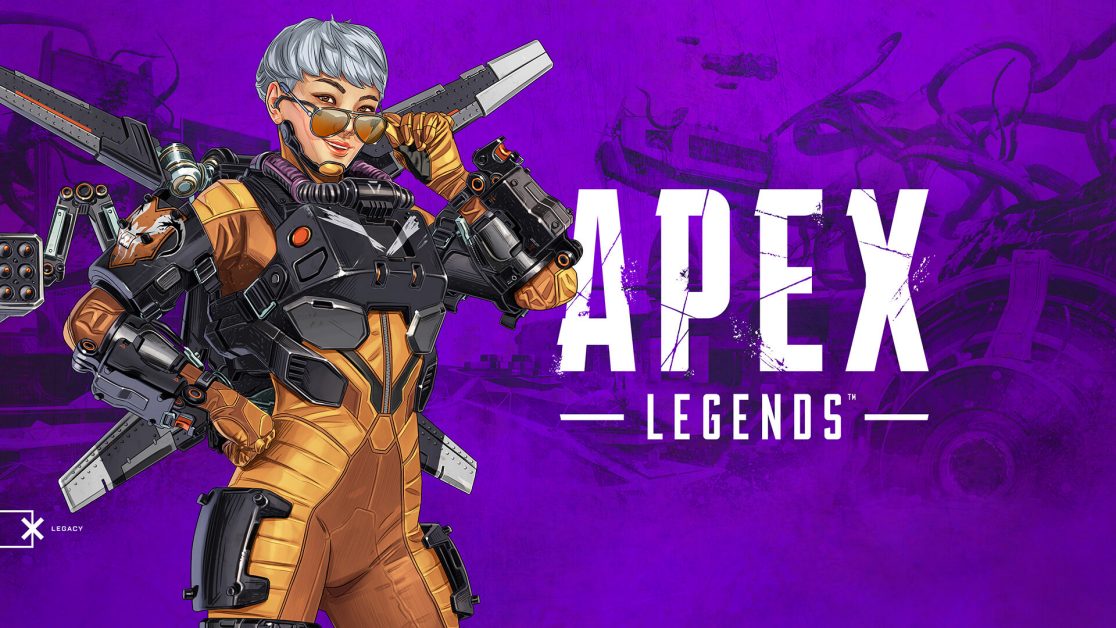 Season 8 has come to a close, so it’s time to get filled in on all of the changes coming to Apex Legends Season 9, Legacy. Respawn is adding a ton of new content this time around, including map changes, a new Legend, and a brand-new 3v3 game mode. Here’s everything that you need to know.

Kairi Imahara is her name, and her callsign is Valkyrie. She’s the daughter of a very familiar character from Titanfall 2. Her father is Viper, an Apex Predator that players went toe-to-toe with high above the ground as he piloted a Northstar class Titan.

While Valkyrie was out for revenge for her father’s untimely demise, she follows in his footsteps, commanding the skies above other Apex Legends with her airborne abilities in Season 9.

Her Passive Ability, VTOL Jets, allows her to hover and attack from above the battlefield. This ability uses fuel, which replenishes itself over time. This goes great when coupled with her Missile Swarm Tactical Ability, which rains down mini-rockets from her souped-up jetpack to deal some serious damage. Lastly, her Skyward Dive Ultimate allows her and her teammates to redeploy after flying high up into the sky.

Arenas is a permanent new 3v3 mode coming in Season 9 that exists outside of the regular battle royale matches that Apex Legends is known for. It’s one squad versus another in round-based combat, so no third-party mayhem at all here.

Before every round, players can use Crafting Materials to purchase attachments, weapons, abilities, healing items, and upgrades to use. Materials are earned by performing well during each round, but you’ll start off with a set amount.

Gear is also reset after each round, so you’ll need to choose your purchases wisely. These Arenas matches are getting their own mini versions of existing maps along with two new ones that are made specifically for the mode.

To win in Arenas, a squad needs to win at least three rounds, and gain a two-point lead. So, winning three rounds in a row will result in a victory. For example, going 3-0, 3-1, 4-2, or 5-3 would result in wins. However, sudden death mode begins if a match gets to the ninth round with a score of 4-4.

In Apex Legends Season 9, Olympus is overgrown with some supersized plant life to shake things up a bit. This is the first time that Olympus has been altered since its addition in Season 7.

Another big change in the landscape comes in the form of a ship called The Icarus, which has docked at the floating city, bringing with it a chaotic infection. But with that infection comes new Points of Interest, keycards, and a locked loot area similar to the vault in World’s Edge.

The Icarus is one of those interesting new POI, situated between Bonsai Plaza, Solar Array, and Orbital Cannon. It’s cramped because of the plants, but it also contains the Icarus Bridge, which holds a bunch of rare loot. To open the locked door to the bridge, players need to find a Bridge Keycard near the bodies of dead scientists inside the ship itself.

Two redeploy balloons have also been removed, and a few others have been shortened to reduce the frequency of those troublesome third-party fights. Read up on the changes in detail in this blog post.

The Bocek Bow is a new weapon that’s been shown off a bit in the recent cinematic trailer and Arenas reveal. It comes with a new ammo type and two new hop-ups that allow it to be used in two different ways, much like the Quickdraw and Skullpiercer for the Wingman. However, the Bocek Bow can equip its hop-ups simultaneously.

Unsurprisingly, the bow uses arrows as an ammo type. And if you’re having trouble finding some, you can retrieve the ones you used to take out enemies from their Deathbox.

These are the two new hop-ups and what they do:

The new 3v3 game mode just wouldn’t feel right if you couldn’t throw out some emotes with your squad between rounds. While sprays were added in Season 6 as a way to express yourself, these have a bit more flair to them. Each Legend will have one emote unlocked by default, and more can be obtained through the Battle Pass and other challenges.

The emotes change the camera into a third-person view so that players can move the camera around as they perform them. However, Respawn has developed an anti-peek system to prevent the third-person camera from being used to gain an unfair advantage when emotes are used behind cover.

With every new season of Apex Legends, a new Battle Pass is also introduced. This is what Season 9 has to offer.

The featured skins for this Battle pass include Rampart’s Crafty Kitsune and Wraith’s Demon’s Whisper. As usual, players can get the pass by spending 950 Apex Coins. If you want the bundle, it’ll cost you 2,800 coins, and it’ll start you at level 25 of the Battle Pass.

For anyone that doesn’t want to wait to get their hands on Rampart’s Legendary skin, all you have to do is purchase the bundle. Alongside the level 25 boost, you will also be rewarded with this skin right away.

Players will now start each match with a Starter Kit, which includes: Common Body Shield, Common Helmet, Common Knockdown Shield, 2x Shield Cells, and 2x Syringe. In addition to that, Level 1 Evo Shields and Knockdown Shields have been greatly reduced in the loot pool.

In their place, the devs have scattered higher-tier loot for players to find along with more weapons, ordinance, health, ammo, and more.

This change will likely result in fewer immediate deaths right after drops in most matches. These little kits should help to improve early-game survivability.

A new category of weapon is being introduced in Apex Legends Season 9 called Marksman. The new category will include the G7, 30-30, Triple Take, and Bocek Bow. They exist as medium to long-range weapons that are between assault rifles and sniper rifles.

This season, the Triple Take will enter the Supply Drop and the Peacekeeper will return to the regular loot pool. Additionally, the Hammerpoint and Skullpiercer hop-ups are being removed to make space for the bow’s new ones.

And these are the gold weapon rotations for Legacy:

For a full list of specific patch notes for each gun, you can check out the blog post here.

One of the biggest changes coming to Legacy is the removal of Low Profile classification. This means that Wraith, Lifeline, and Wattson will all have regular hitboxes starting now.

Some of the most important adjustments to the Legends themselves are coming for Lifeline, Loba, and Horizon. Lifeline’s revive no longer uses a shield, but she can revive two teammates at once. She can also cancel the revive to allow teammates to defend themselves or to simply help her get out of dodge.

Loba can now use her bracelet while running, and no longer suffers slowdown after tossing it. Horizon has been nerfed, reducing her movement and options on the Gravity Lift, as well as making it so her gadgets can be disrupted by Wattson’s pylons.

Some other Legends have also been altered slightly, so you can read up on every single change mentioned above and more right here.

That’s everything you need to know about what’s in store for Apex Legends Season 9, Legacy. Be sure to keep all of these changes in mind as you dive into the new season with all of its new content.