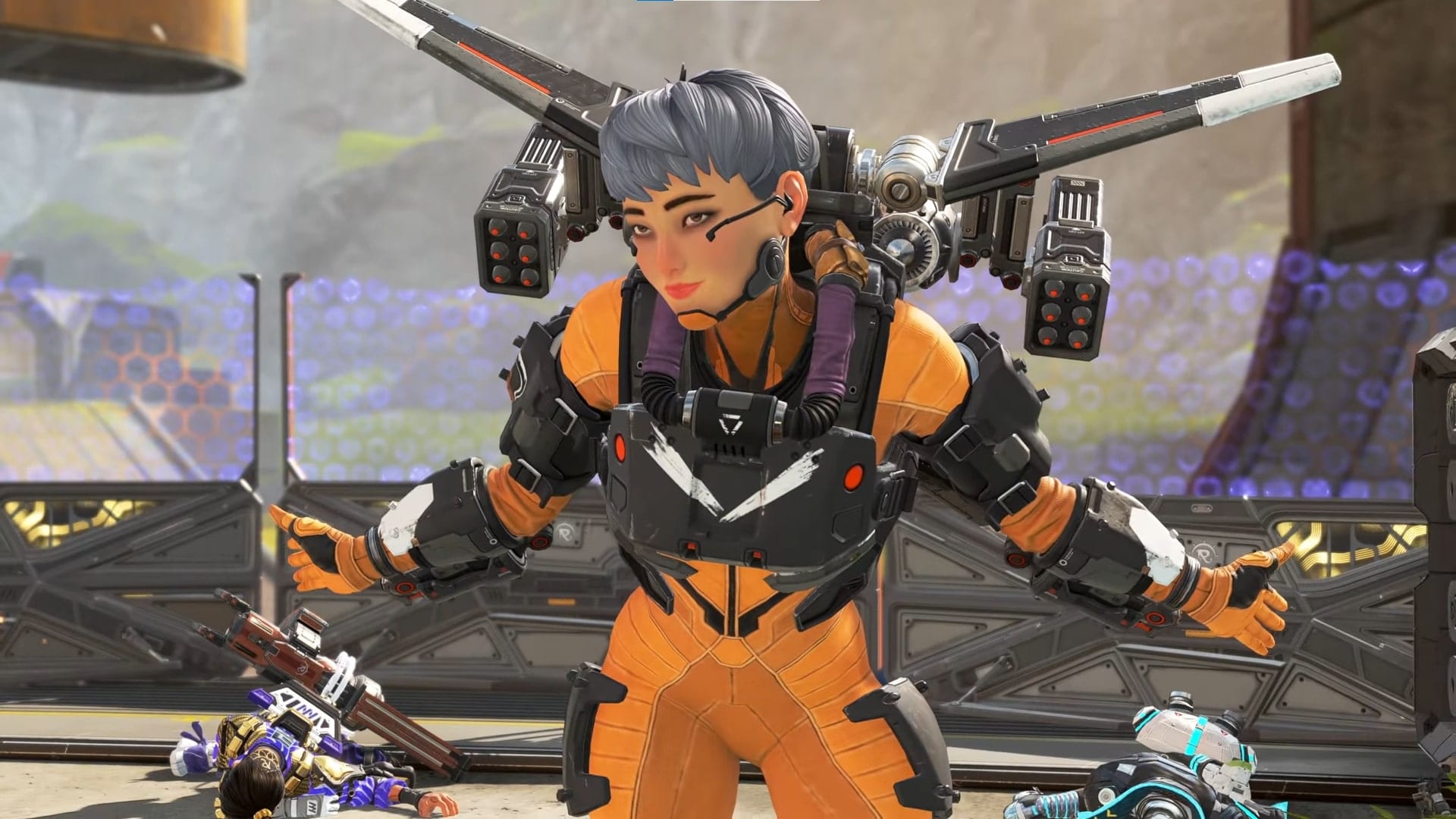 A new Legend gets introduced in each season of Respawn’s battle royale title, and this time, it’s Kairi Imahara. Her callsign is Valkyrie, and she’s bringing never-before-seen skills to the game. Here’s a list of Valkyrie’s abilities for Apex Legends Season 9, Legacy.

As the daughter of Titanfall 2’s Viper, it should come as no surprise that Valkyrie owns the skies in Apex Legends. Her Passive Ability is called VTOL Jets, and with it, she uses her VTOL jetpack to fly above the competition and attack from above.

The ability is limited though, as it uses a fuel source that gets steadily replenished overtime whenever she’s not in the air. If you’re not using her, be sure to watch out for fire from the air if you see Valkyrie in a firefight.

The Missile Swarm Tactical Ability is a bit of a callback to Viper’s Northstar class Titan, as it allows her to rain down mini-rockets onto the battlefield.

Valkyrie’s rockets both damage and disorient enemy squads in a specific area, so it would be best used with Horizon’s Black Hole Ultimate Ability or even Fuse’s Motherlode since both abilities prevent enemy movement.

Valkyrie’s Skyward Dive Ultimate Ability can be used either offensively or defensively, depending on what’s happening in the match. It allows her and her teammates to fly high into the sky, then redeploy in a skydive.

It can get her squad out of sticky situations, or put players in a position to push other squads by dropping down on them from high up.

And there’s the full list of Valkyrie’s abilities for Apex Legends Legacy. You’ll need to familiarize yourself with her toolkit before you go up against her in regular matches or the new 3v3 Arenas mode.