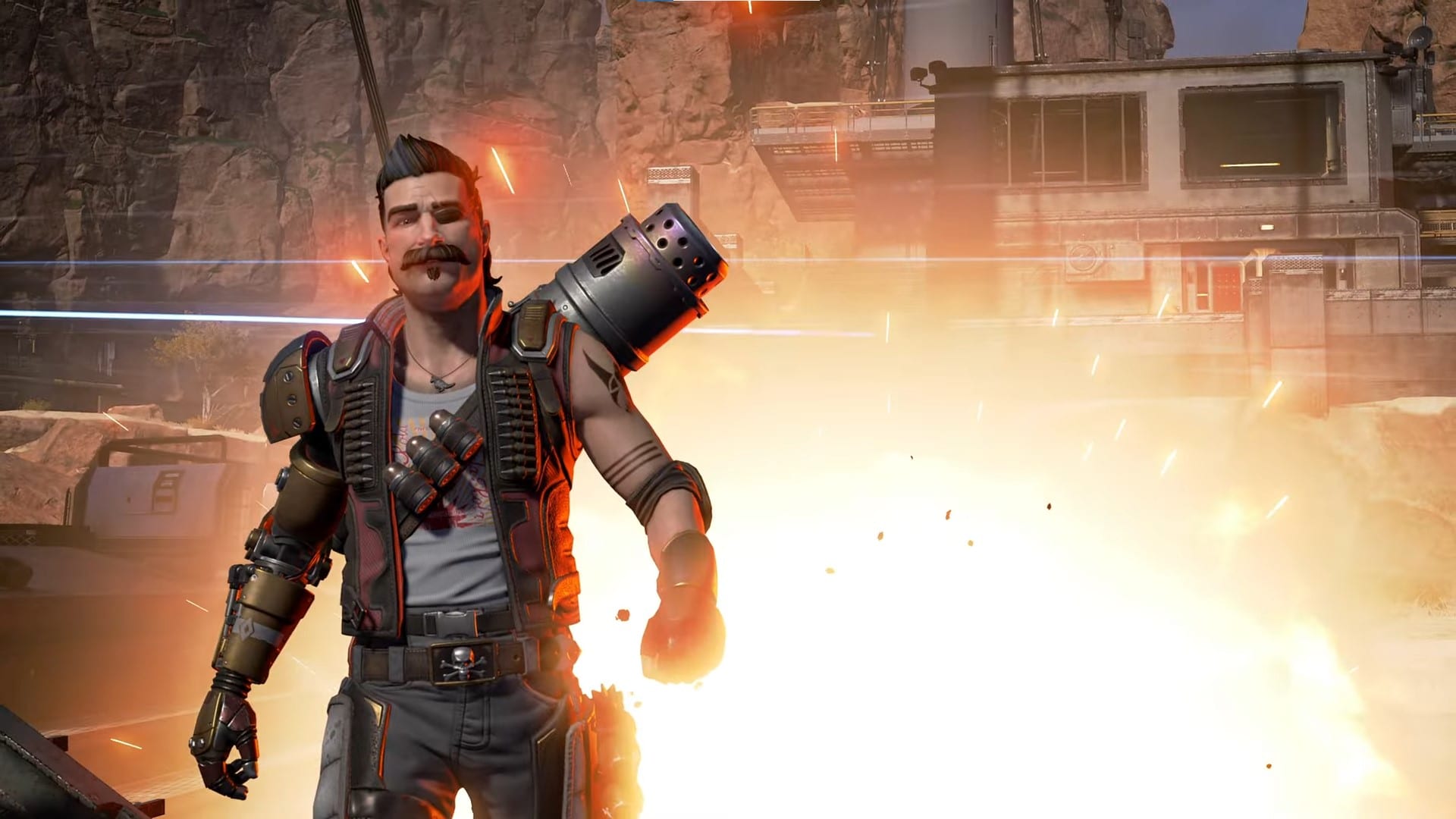 A new playable character appears in each new season of Apex Legends. This time around, the grenadier Fuse will be joining the roster on Feb. 2. He just received a trailer showing his moves off in-game, so here’s a list of Fuse’s abilities for Apex Legends Season 8, Mayhem.

Fuse’s Passive Ability technically allows him to do two things, instead of just one. First of all, it allows him to hold one extra grenade per inventory slot, which will no doubt cause headaches for enemy teams in tight spaces.

Secondly, Fuse is able to launch those grenades farther, faster, and more accurately than other Apex Legends with his Passive Ability.

This makes him a threat both in close-quarters combat, and long-range encounters.

The aptly named Knuckle Cluster launches a cluster bomb from Fuse’s artificial arm. It releases explosives on impact that continuously explode in a small area.

This would be an absolute nightmare to deal with for any Apex Legends who get stuck in Horizon’s Black Hole ability, save for maybe Wraith.

This is where things get a bit more intense. Fuse’s Ultimate Ability, The Motherlode, allows him to shoot a bombardment that rains down explosives from above in a target area.

This ability not only rains explosives, but also creates a circle of flame to surround enemies, limiting their escape options. This is where Horizon’s Gravity Lift and Octane’s Launch Pad would come in handy.

Teaming up with one of the two would allow Fuse’s squad to rain down fire from above as the enemy team struggles to escape.

That’s everything you need to know about Fuse’s abilities coming in Apex Legends Season 8. The new season starts next week, so be sure to collect everything that you want from Season 7 before it ends.