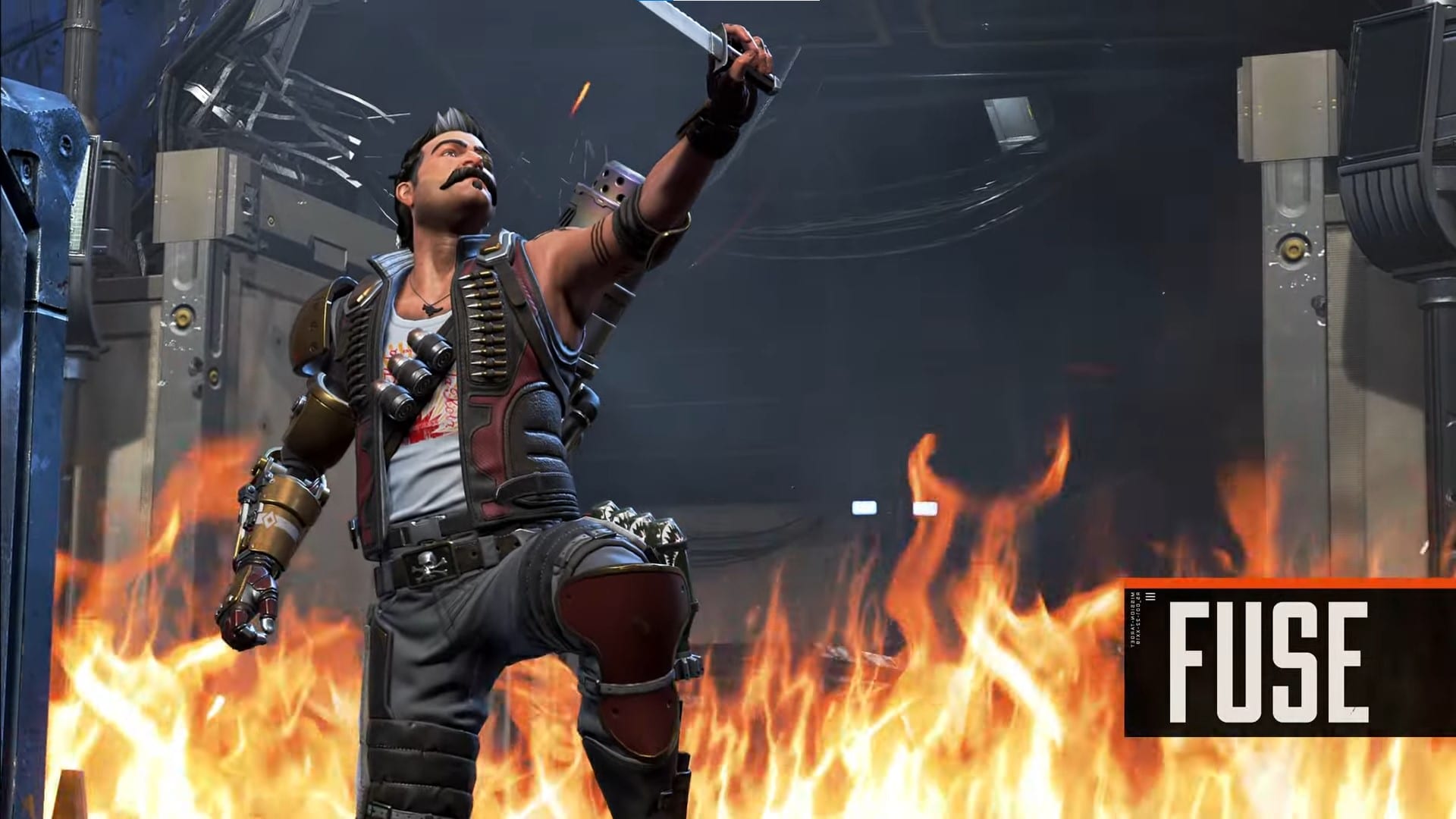 Respawn and EA are releasing trailer after trailer leading up to the Feb. 2 launch of Season 8, Mayhem. This video shows off the explosive abilities of the new Legend, Fuse, before he joins the Apex Games.

Fuse is a grenade specialist that brings that’ll bring a fiery punch to the battlefield. True to that description, he’s able to carry an extra grenade in his grenade slot as a Passive Ability. This Passive also lets him launch grenades farther than other Legends.

Fuse’s Tactical Ability allows him to send out a cluster of concussion explosives in a small area that can catch other Apex Legends off guard.

His Ultimate Ability, called The Motherlode, rains down more explosives from the sky, encircling enemies in a ring of fire. This could work well with other aerial Ultimates from Bangalore or Gibraltar.

Even Octane’s jump pad or Horizon’s anti-gravity device could allow for more aerial attacks as opponents are forced to fight, or run through the flames.

Check out the video below to see all of Fuse’s abilities that’ll be coming in Apex Legends Season 8:

Season 7 is on its way out, so don’t forget to complete its Battle Pass if you’re still aiming to get those legendary R-99 skins before they’re gone for good.