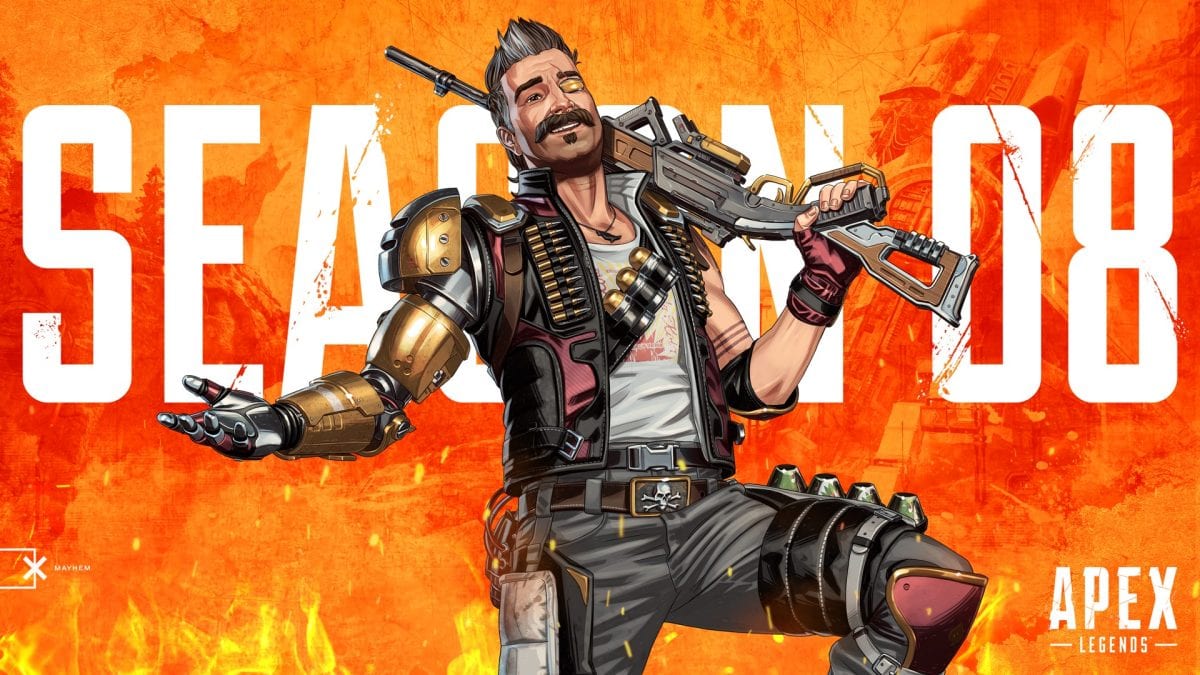 Walter “Fuse” Fitzroy is an explosives expert who grew up on Salvo — a dangerous planet ruled by warlords. His childhood friend, Maggie, aimed to be one of said warlords, while Fuse set his sights on the Apex Games.

Fuse’s abilities are just as explosive and chaotic as his home planet. His Passive Ability, Grenadier, allows him to hold an extra grenade per inventory slot. It also lets him launch them farther and faster than his opponents thanks to his artificial arm.

Knuckle Cluster is his Tactical Ability, and it launches a cluster bomb from his metal arm. The bomb splinters into a barrage that showers his enemies.

Last, but not least, is his Ultimate, The Motherlode. It rains down a bombardment of explosives that create a ring of fire, surrounding enemy squads on all sides.

King’s Canyon is back with even more changes in Apex Legends Season 8. The dev team altered existing areas while expanding the map with a whole new area. Here are some of the key points that the team focused on this time around:

Observation Towers and Explosive Holds are the two main new features being added to King’s Canyon. The towers can be raised to gain vantage points on the fly, while the holds contain extra loot if you’re willing to part with a grenade to open them up.

You can read up on every single change in the official blog post here.

The 30-30 Repeater is the first new gun being added to Apex Legends since the Volt in Season 6. It’s a heavy ammo gun that needs to be rechambered between shots.

The gun has a built-in charge mechanic, allowing each shot to do more damage if you’re patient enough. With the long reload time, you’ll need to make every shot count with this one. But that’s where the new magazines come into play.

These Legendary-tier magazines are brand-new additions, coming in Season 8. They have the same capacity as purple mags, but they have a special ability.

Golden mags will automatically reload the weapon it’s attached to when the weapon is stored. This happens after a brief delay, so you won’t be able to swap quickly without manually reloading.

The mag is available for light, heavy, energy, and sniper weapons.

This time around, the Battle Pass is providing Legendary skins for Bangalore, Lifeline, the Flatline, and the Longbow.

This pass has a clear action hero theme, thanks to Fuse and his Salvo influence. And as usual, it’ll cost you 950 Apex Coins to unlock it. The bundle will cost you 2,800 coins, and it’ll start you at level 25 of the pass.

That little boost will net you the Bangalore skin right away if you’re not in the mood to gain enough points to earn it.

In addition to the changes above, the Volt’s damage has been decreased by one, while the Alternator and Spitfire have become a tiny bit stronger. However, the Spitfire’s reload time has been extended.

The gold stabilizer and double-tap have also been removed from the loot pool for Season 8.

A good amount of balance changes have been made for Apex Legends Season 8. The most notable being that Wraith’s hitbox has been made larger yet again.

Here are few other important changes that you should know about:

If you want to see every single adjustment in more detail, be sure to read the blog post about the game’s patch notes.

That’s everything you need to know about what’s new in Apex Legends Season 8. There aren’t as many changes here as last season, but it’s all still pretty important info nonetheless.