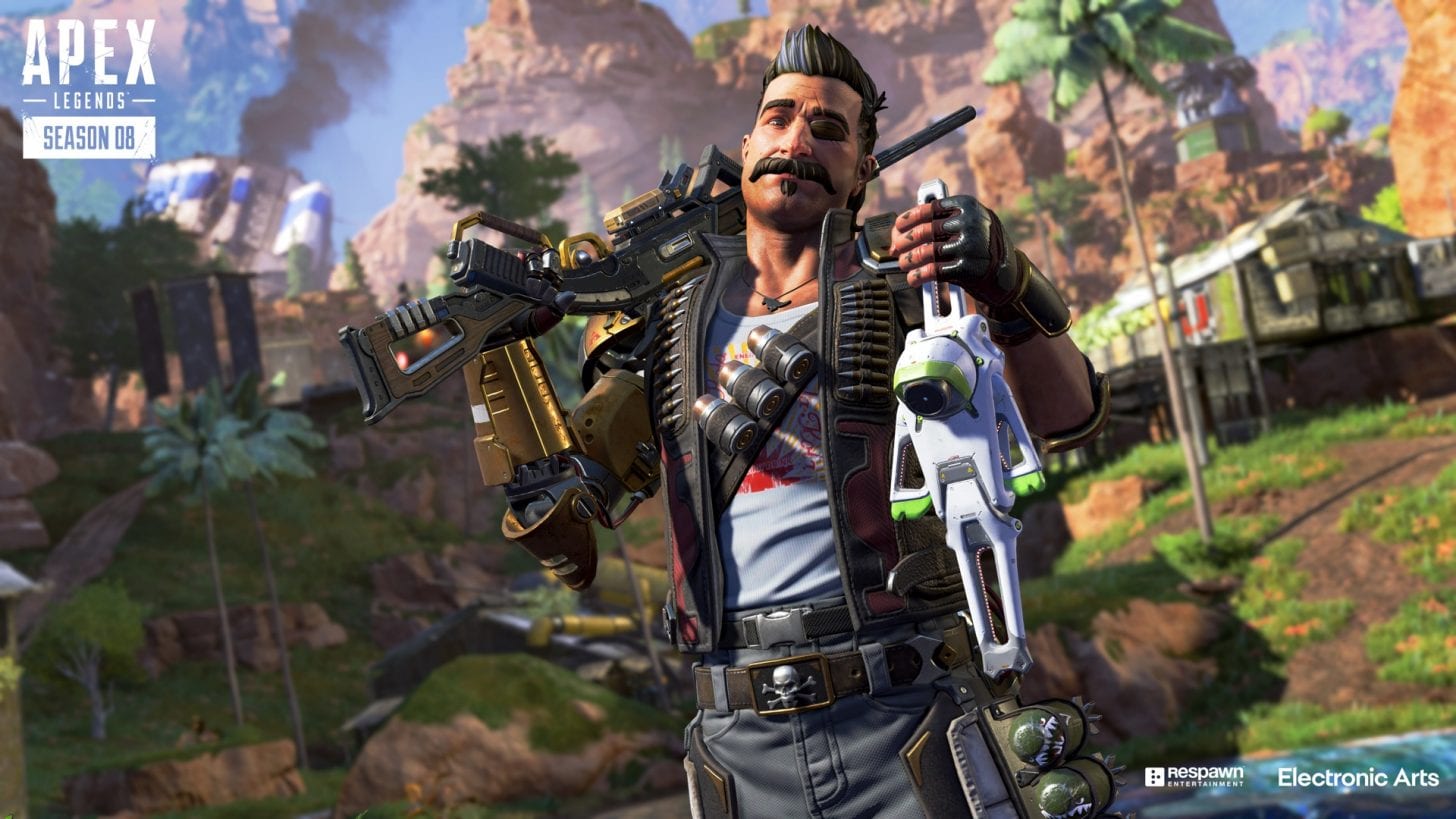 The other new addition to the game is the 30-30 Repeater, a heavy ammo lever-action rifle that reloads one round at a time and has a built-in charge for higher damage shots with a short build-up. Season 8 also introduces Gold-tier magazines that automatically reload weapons when holstered with the same capacity as Purple magazines.

The game’s first map Kings Canyon will receive a makeover with new areas and some pathways or places opening up to allow more open rotations and space.

A few characters received changes such as a slightly larger hitbox for the popular Wraith, Crypto can longer stick Arc Stars to his drone, and Mirage’s decoys will now create footstep sounds “in a limited capacity.”

Other features in the patch notes include a damage counter on the in-game HUD to track total damage dealt during a match, another way to ping for more ammo in the inventory screen, and healing and reviving following colorblind rules when enabled.

Apex Legends Season 8 begins for PC, PlayStation 4, and Xbox One on Tuesday, Feb. 2 and will also bring changes to the Ranked mode and a new battle pass of cosmetic rewards.