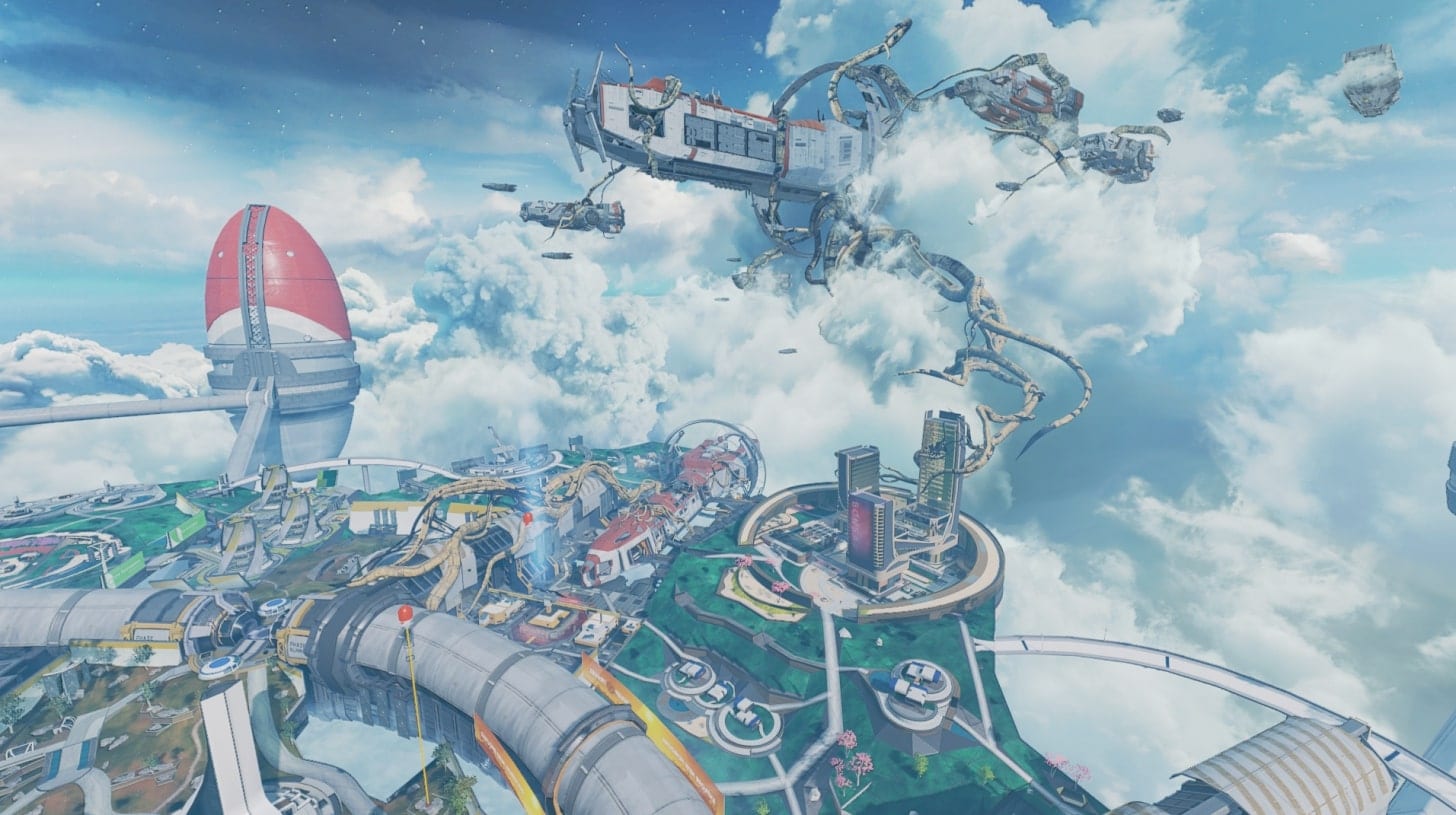 Season 8 is on its way out in about a week, and Respawn is providing more and more info for Apex Legends Season 9, Legacy, including Olympus changes. Today, they’ve released new details on the facelift coming to the Olympus map when the new season starts on May 4.

Lead Level Designer Dave Osei went through and explained the Olympus makeover in a blog post. This is the first time that the map is receiving major adjustments since its addition in Season 7.

The new infection of overgrown plant life in Olympus is coming from a ship called The Icarus that has docked at the floating city. It’s resulted in new drop locations, including one that’s between Bonsai Plaza, Solar Array, and Orbital Cannon.

And with the new Icarus POI (Point of Interest) comes the Icarus Bridge, which is a vault-like area similar to the one found in World’s Edge. the Icarus Bridge holds some extremely rare loot that can only be obtained by first finding the Bridge Keycard.

Keycards spawn randomly on the bodies of dead scientists inside The Icarus. Once you have one, head to the front of the ship to claim the loot.

The last change coming to the map is the removal of two redeploy balloons — one outside of Orbital Cannon, and the other at Golden Gardens. This is to reduce the third-party potential, as the landscape has changed so much in those areas.A few other balloons have had their heights reduced for the same reason.

You can read up on all of the Olympus adjustments coming in Apex Legends Legacy in more detail on Osei’s post.