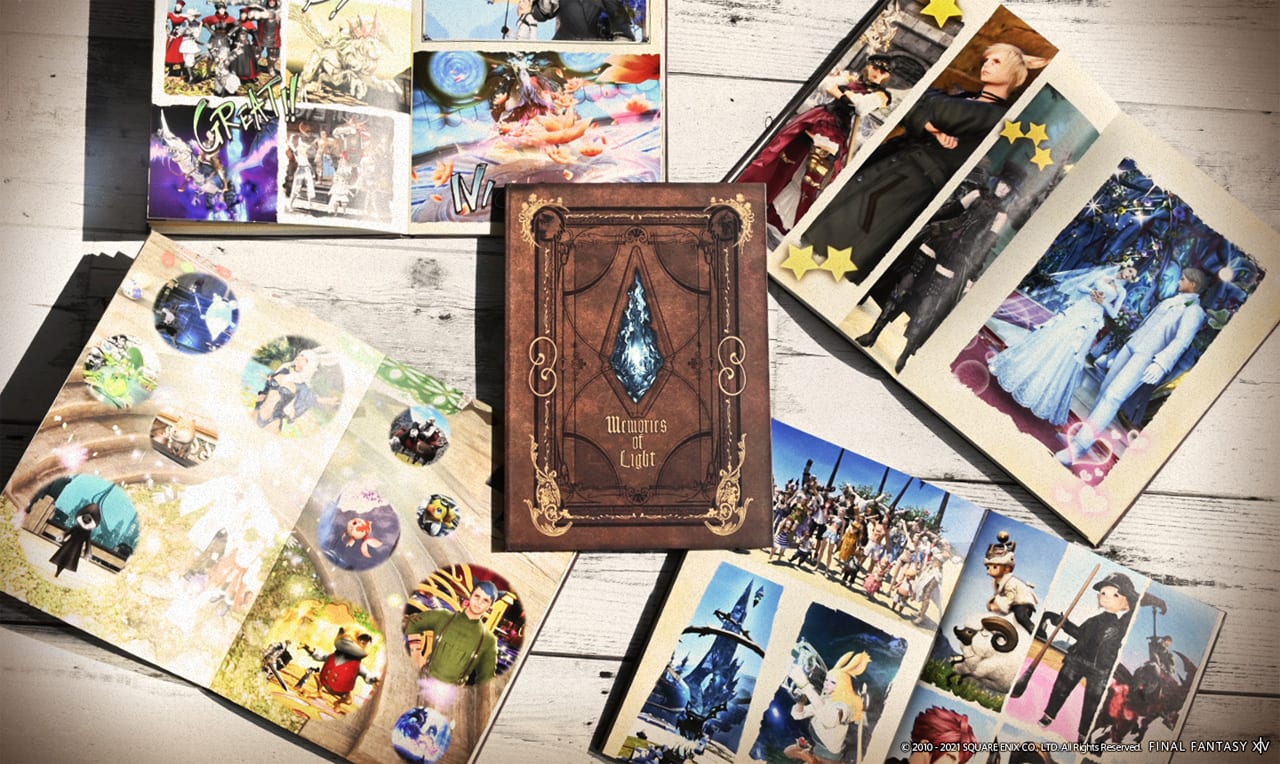 The services lets you have a custom photo book titled “Memories of Light” with your own screenshots printed and delivered directly to your home.

There are three different options. The standard cover costs 3,960 yen including taxes (roughly $35). If you want a custom image on the cover you’ll have to pay 4,510 yen (approximately $41) for either the glossy or the matte version.

All options are in A5 format and include 48 pages that you can customize with plenty of screenshots you have taken in the game, arranged in the layout you want. You can even add decorative elements like stamps.

All you have to do is follow the instructions on the service’s website. Below you can take a look at what the book looks like in the screenshots included in the press release.

On top of the price, delivery requires paying 310 yen for up to two books or 360 yen for three books. It takes about 3-4 weeks from the order to delivery.

Of course, the service is currently available only in Japan. There is no information on whether it’ll be made available elsewhere in the world.

Speaking of Final Fantasy XIV in general, a few weeks ago, we learned that the next expansion titled “Endwalker” will release fall 2021. You can check out tons of details and the first official screenshots and art.

If you’re unfamiliar with the game, it’s currently available for PlayStation 4 and PC, while the open beta for the brand new PS5 version is currently ongoing. The upgrade is offered free of charge to those who own the PS4 version.