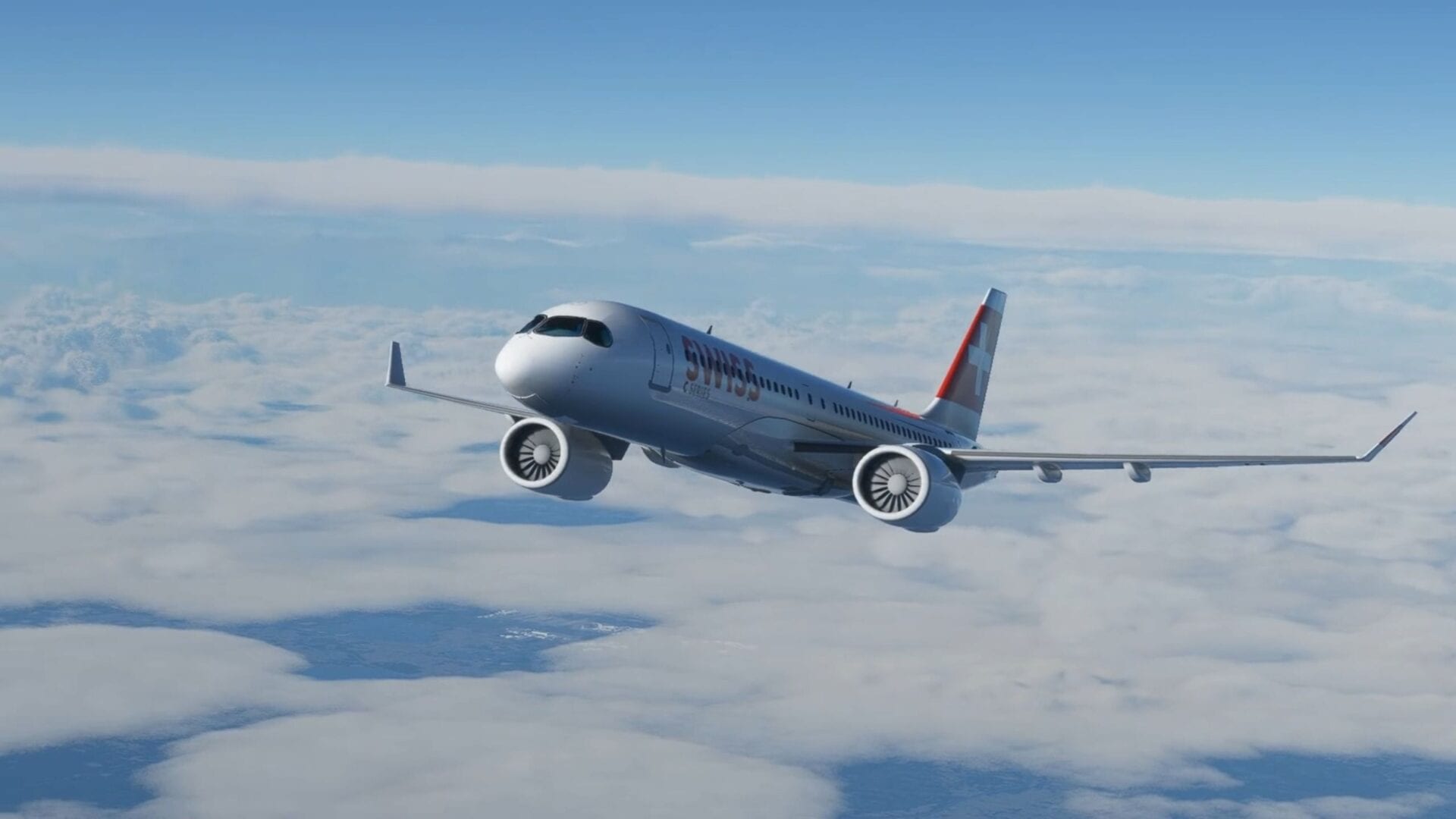 The aircraft has been in developement for Flight Simulator X, but the developer is re-buiding, re-animating, and re-texturing it from the ground up for the new platform, without abandoning the older one.

At the moment, there is no release date, but below you can check out the work-in-progress A220-300 in action in a video showcasing the wing flex.

If you’re unfamiliar with the Airbus A220, it was born as the Bombardier CSeries and then rebranded after the Airbus acquired the majority of the project.

At the moment, only a relatively small number of A220 have reached operative airlines including airBaltic, Air Canada, Delta Airlines, EgyptAir, Korean Air, Swiss Airlines, and Air Tanzania.