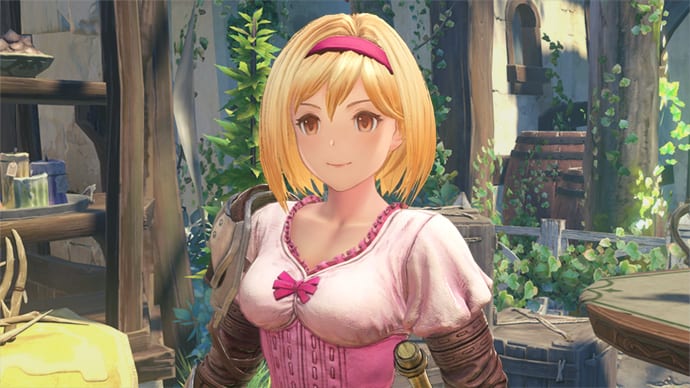 Today Cygames released two articles on its “magazine” website dedicated to development showing off the work being done on Granblue Fantasy Relink.

The articles include several videos and images providing another look at the game following the new information and gameplay reveal at Granblue Fantasy Fes 2020 during the weekend.

You can see them all bellow starting with Io’s character model.

Below you can check out the rendering of the clouds.

Here are the images.

We hear that the goal with the visuals of Granblue Fantasy Relink is to convey the feel of the original 2D illustrations in a 3D world. Since illustrations are created with the goal of looking the best they can when a character is drawn from a certain angle, when conveyed in 3D, the character needs to look good regardless of the camera angle. This is achieved by using a method with joints and shaders that can change depending on the viewing angle, adapting so that the character always looks at their best and similar to the artwork.

While the shader and textures are usually the most important part in cel-shaded graphics, conveying the feel of the illustrations of Granblue Fantasy required developing the 3D mesh in great detail as well.

The original character designs for Granblue Fantasy also have a large amount of moving items like cloaks, belts, ornaments, and long hair. When creating characters directly for 3D, the designer would limit that kind of elements, but Granblue Fantasy’s characters were initially designed only for 2D, so Cygames doesn’t have that luxury,

This requires careful balance in setting the number of joints when rigging those elements in order to preserve performance. Yet, reducing joints can increase clipping, so developers also need to set highly-accurate collision detection in order to improve the quality of animation and creating motion that feels like Granblue. Rosetta, with her clothes, hair, and accessories, is a good example of that.

The rendering of the clouds is very important due to the nature of Granblue Fantasy’s setting. The developers use a number of different methods depending on the distance from the scene. One location needed clouds that felt large and heavy, so they were rendered in 3D instead of 2D. Another requires the shape to change continuously to express a dynamic flow, while in other cases the character needs to be able to advance through the clouds while they withdraw dynamically opening a path. There are even cases in which one can fall through the clouds changing their shape accordingly to create a hole. This is a fairly advanced technique.

We can even see cases in which shooting a gun at clouds they make a “splashing” effect. This isn’t particularly realistic, but it’s a callback to anime in the nineties.

The game is now in the mass-production stage of development since content and specs are nearly complete. The developers aim to make quests and boss battles very enjoyable, with a rich variety in bosses.

The original Granblue Fantasy offers a large variety of scenarios and gameplay. When trying to create both a dense main scenario and quests in a console game, it tend to require a lot of work and assets, so developers often focus on one or the other. Relink doesn’t make that compromise. The main scenario is sizable and there are plenty of quests and plenty of cutscenes.

While in this kind of games you can usually play with 2-3 characters, Relink has a double-digit number, and the scenery of each stage is created so that there’s no repetition, so it comes with a pretty insane amount of content.

The aim is to satisfy both those who enjoy the main story and those who like sidequests. The developers want players to think that “Cygames is amazing” while playing.

Incidentally, we also hear that there were no major issues transitioning to a work-from-home environment and the impact on development wasn’t as great as initially feared.

Interestingly, this removed the previous barrier between developers in Tokyo and Osaka, which now work in the same environment, improving cooperation and communication. It also improved cooperation with the developers on other projects.