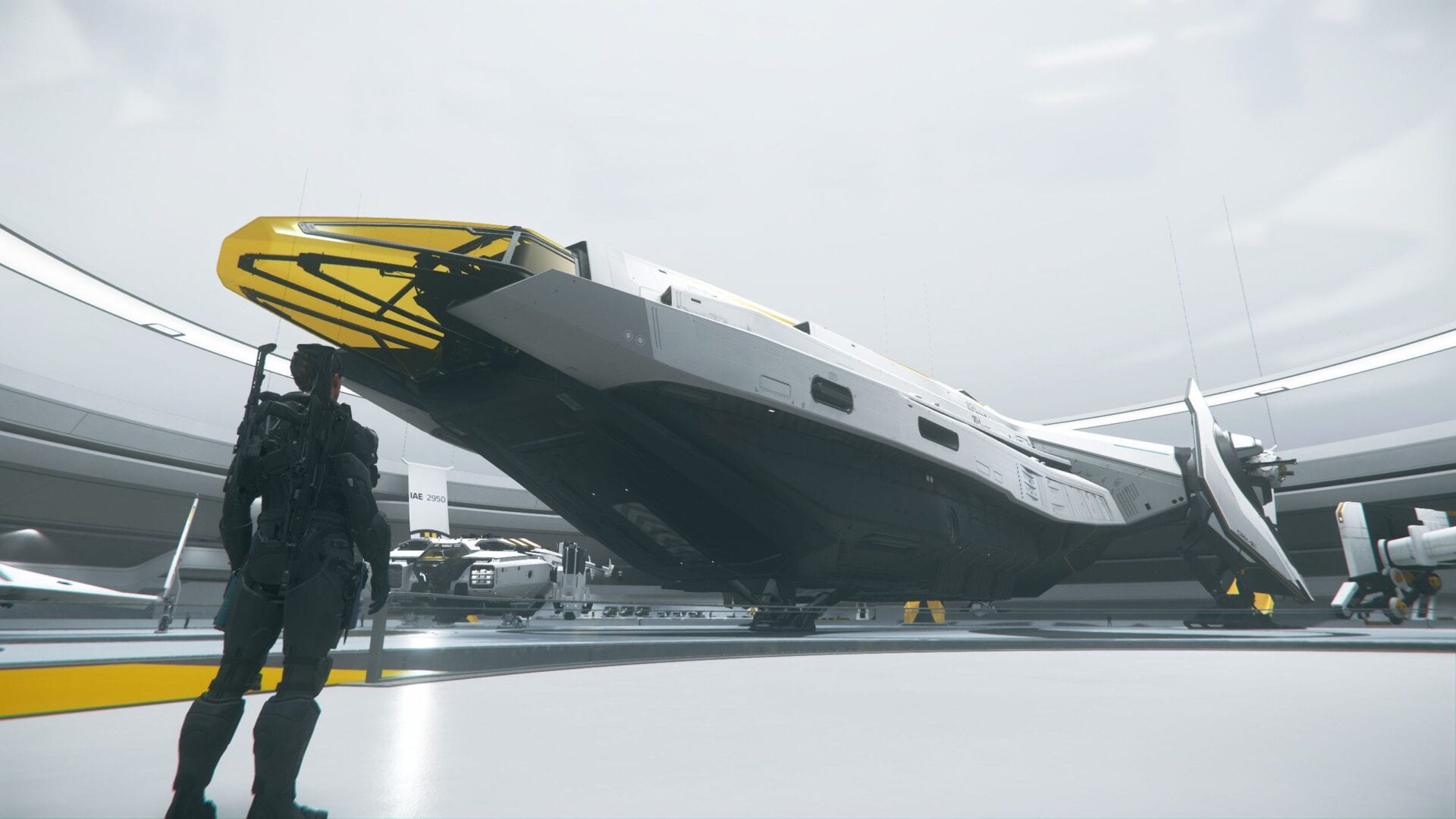 The hall features the fur finalists of the Ship Showdown popular vote hosted a few weeks ago, the Carrack (which won the overall vote), the Eclipse, the Cutlass, and the Valkyrie.

To celebrate, those are being offered for purchase with a limited edition white livery.

Perhaps a lot more interesting is the fact that the lower floor of the hall hosts a rental center that will let you rent all the flyable ships for free for two days. In previous days of the expo, ships were available on a brand ration.

Now you can grab them all, so it’s basically the best time to try Star Citizen if you’re on the fence and you want to see with your own eyes what this much-discussed game is all about instead of listening to my personal opinions or to other people on the internet who may or may not have played it.

The hall will close on December 2, so you should be able to rent the ships for two days twice, and to have fun with a good chunk of the flyable lineup before the rental expires. It’s worth mentioning that the Free Fly Event is still going on, so all you need is to make a free account and download the client. Pledging money to the game is not required to play until December 2.

Another nice perk of the new hall is the armor and weapon exhibition. Tons of weapons and armor are displayed and purchasable (with in-game credits) in front of the rental desk, which is good if you don’t want to search for them in specific shops all over the Stantom System.

In other Star Citizen news, the crowdfunding train during the expo is steaming, with the total currently at 332,240,688, having passed $332 million today. This means that the game made well over $2 million in a day, and this should be the biggest daily jump of the expo.

The number of registered accounts has also passed 2.9 million today and it’s currently at 2,902,595.