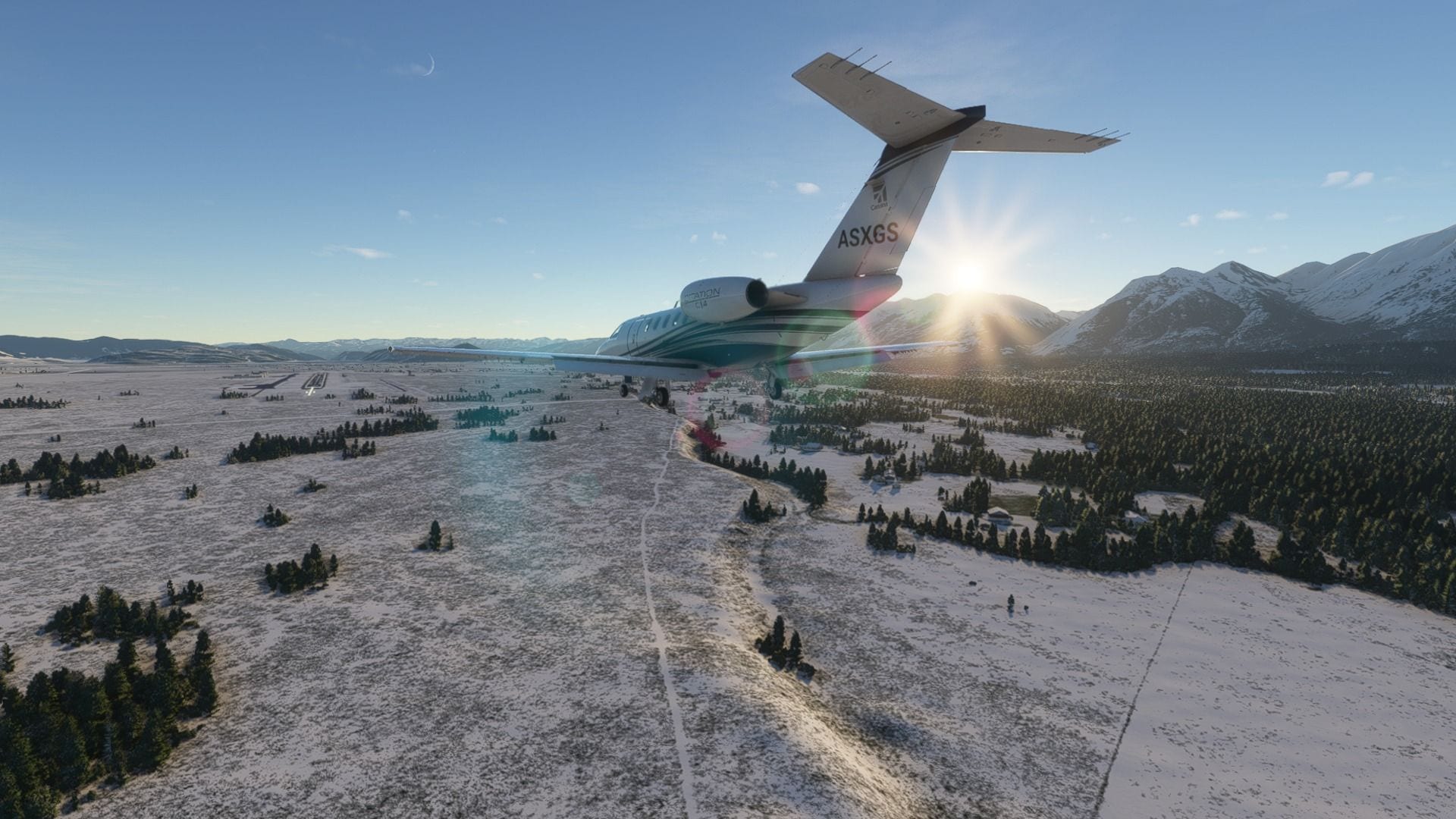 This event is another landing challenge, but it’s quite different from the one implemented for Halloween.

Appropriately to the season, it challenges you to make a proverbial butter landing on a business jet (a Cessna Citation CJ4) in the winter wonderland of Jackson Hole, Wyoming.

You wouldn’t want to upset the rich skiers in the cabin behind you as they prepare to enjoy the local mountain resort, after all.

As usual with this kind of challenges, you’re required to land as close as possible to the aiming point and centerline of the runway, and as softly as possible (measured in feet per minute rate of descent, the lower, the better).

After landing, you’ll be scored on these three parameters and placed on the leaderboard according to your performance.

You can check out my landing below to see what the challenge looks like. Incidentally, a new patch was also released today.