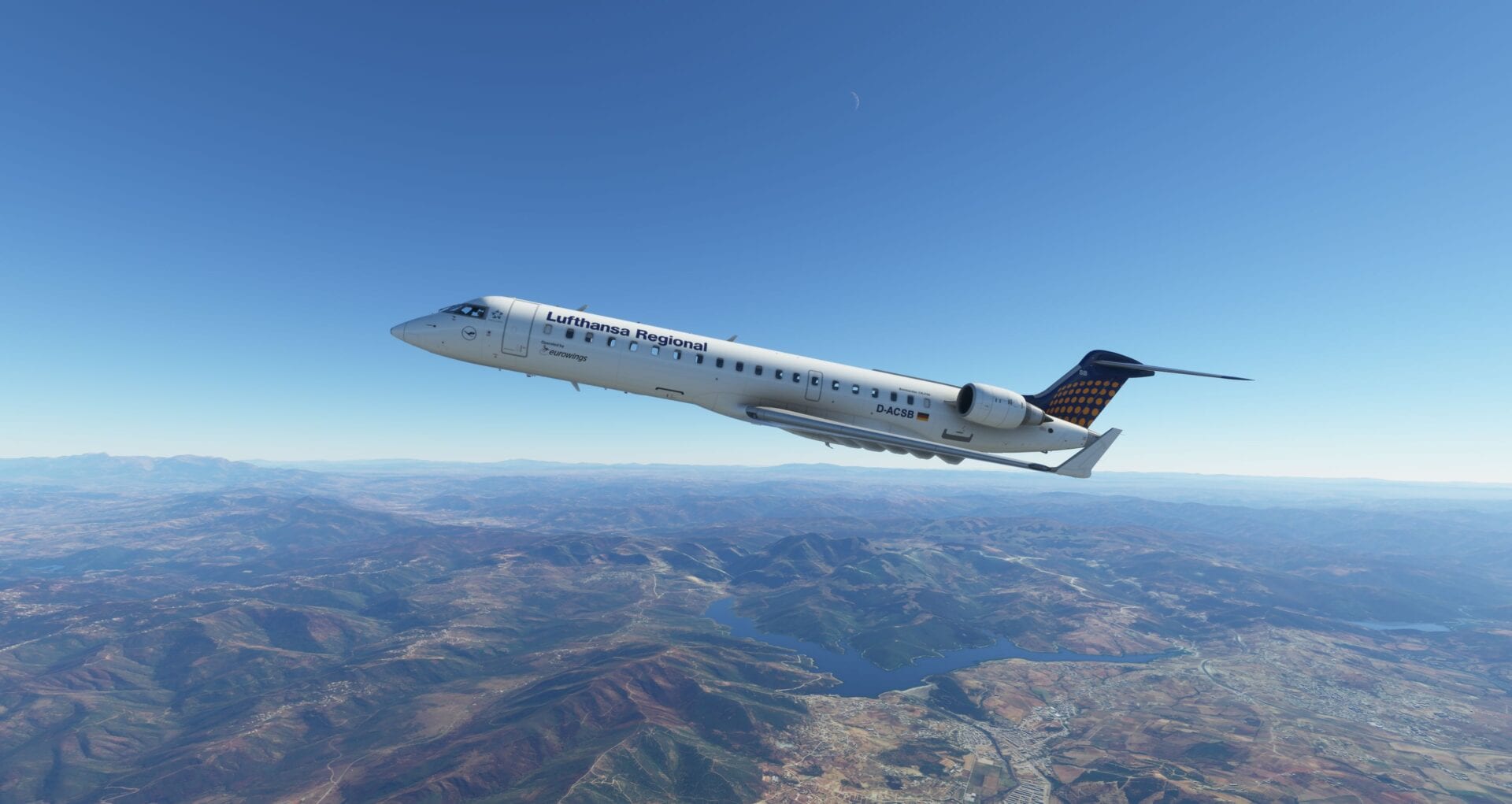 Work on the Bombardier CRJ add-on by Aerosoft for Microsoft Flight Simulator is progressing and the third-party developer has provided an update.

The goodies were provided by Project Manager Mathijs Kok, who posted on the developer’s forums.

He mentioned that the Decals feature is the “most exciting” visual innovation of the sim and how it’s an advantage over competing products.

“More images. I think these are one of the first that actually show the level of detail we are started to use. This is what MFS can deliver.

There are 3D bits there that are 2 cm and the textures have some details that is only millimeters wide. We can do that because MFS uses ‘decals’. Decals are by far the most exciting thing graphically in MFS. These are small textures that are glued on top of other textures. That means you can have a 1K texture for the whole wing and add all details with decals. If you would do that in P3D you would need 12K textures that would be impossibly huge.

Think 5 Gb textures for one wing. 20 GB for a virtual cockpit. Using decals we can stay below (!) what P3D would for much less details. To be honest, it is bloody amazing. The sky is the limit, the level of details is NOT limited by technical limitations but by how long I allow the modeler to work on them. We could add the stamped characters on the M4 bolts, using modern mapping they would even be rendered in 3d. We settle for having the rivets the exact correct size.

So the next time somebody asks if we use 1K or 2K textures we will just say the question has no meaning. It’s not a valid measure in MFS. Note that many of the objects here do not yet have the (bump)mapping that makes them 3d in the sim. And of course this is all from 3D Max and will look way better inside the sim.”

The project, which was announced in August appears to be really promising and will include the CRJ 700, CRJ 900, and CRJ 1000.