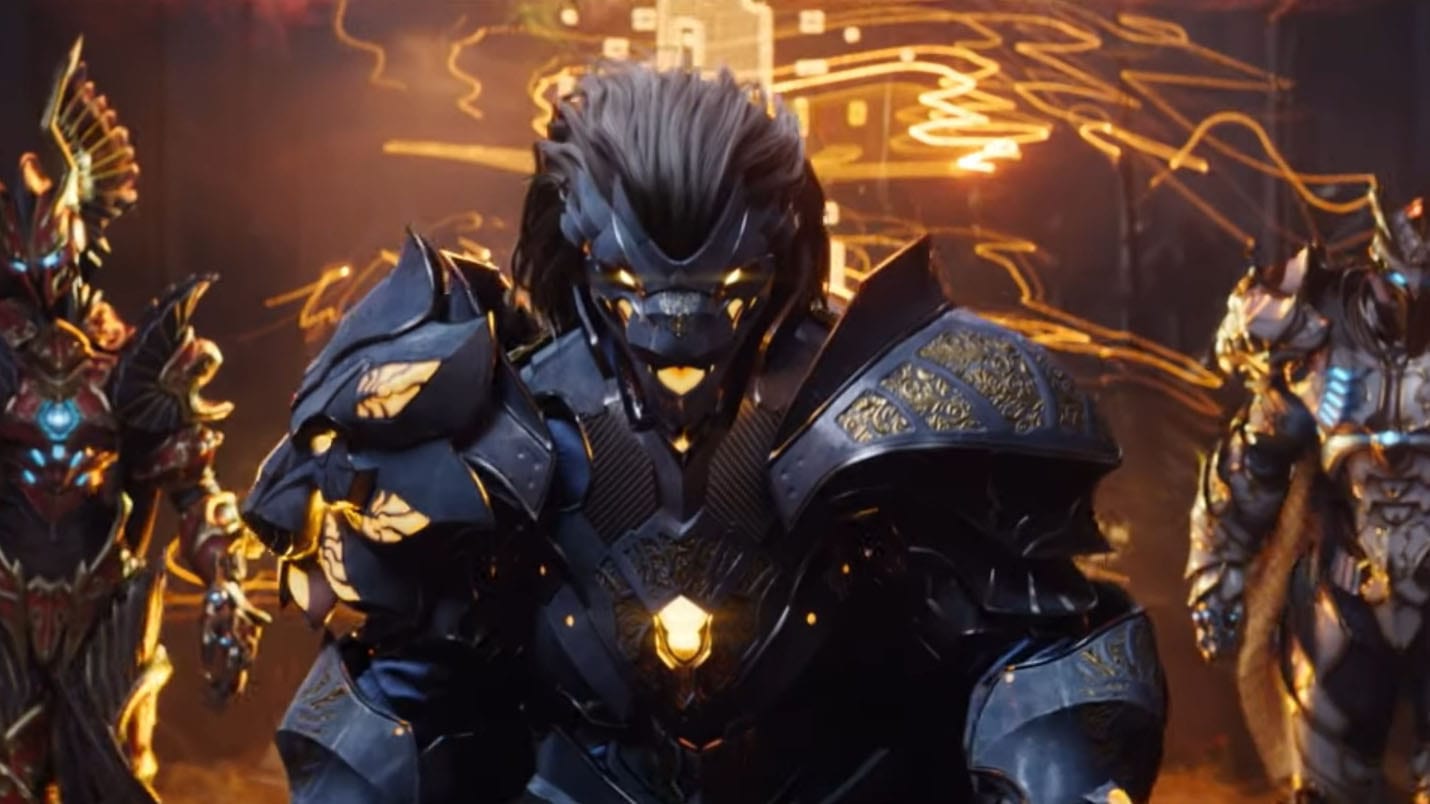 The trailer is of the cinematic flavor, showing off the intro of the game, telling tale of division and betrayal.

“If I’d left well enough alone, Macros would still be bullying rivals and battling enemies. Instead, he’s on the brink of godhood and our civilization lies in ruins. But Macros forgets what he said to me that day: Gods belong in the sky.

Save Aperion. You are the last of the Valorian knights, masters of combat equipped with legendary armor called Valorplates. Ascend in Godfall, a first-of-its-kind, looter-slasher, melee action-RPG.”

If you want to see more about Godfall, you can check out the latest trailer, an extensive PS5 gameplay presentation, a gameplay trailer from the PS5 reveal event, and one for the PC version. We also got a bunch of rather lovely wallpapers and another teaser trailer.