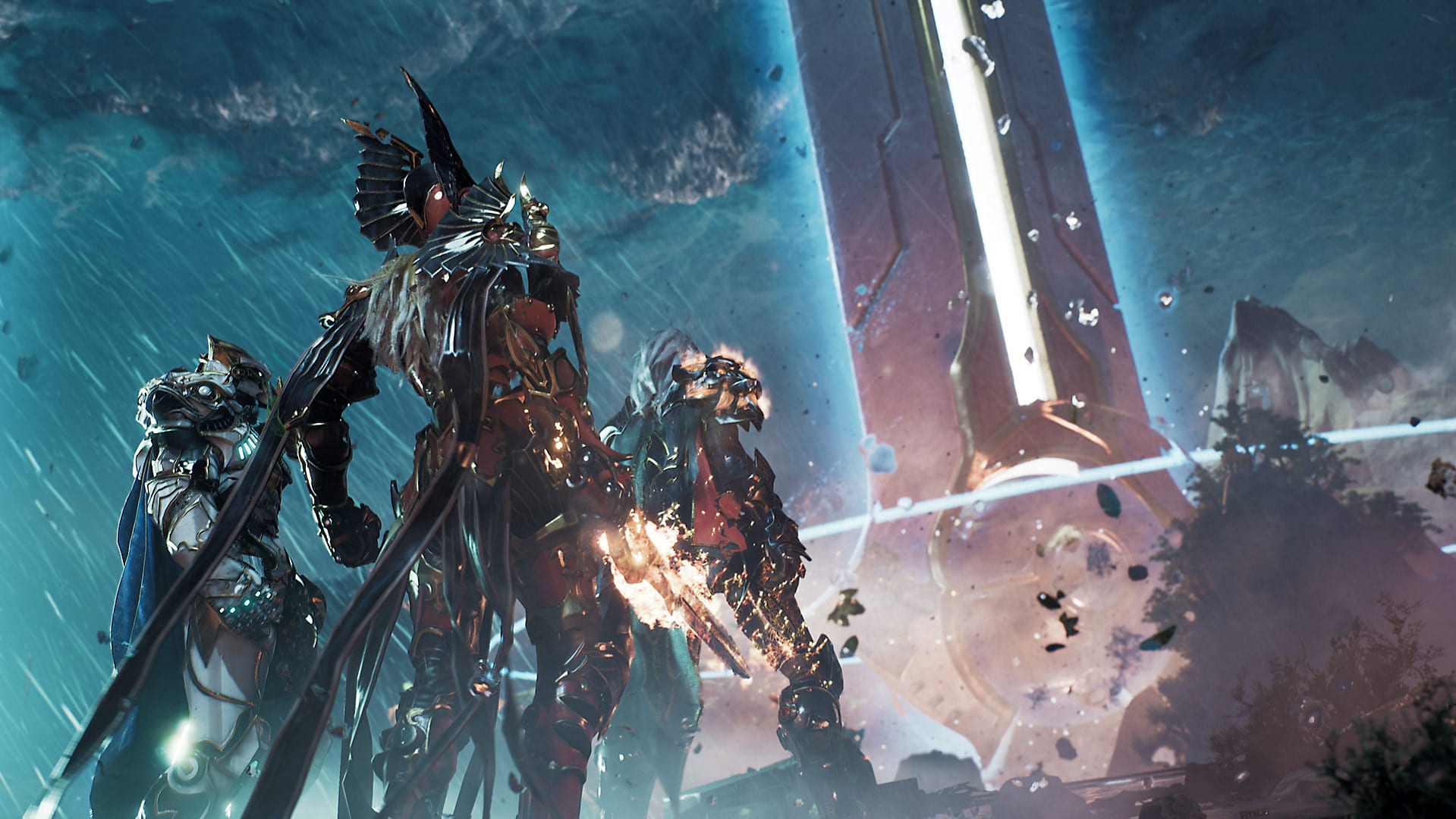 In addition to showcasing the game’s PC graphics, the trailer focuses on elements like the game’s fast-paced combat system, a couple of its locations, and a few of its enemies.

Have a look at the trailer below.

The trailer is narrated by Keith Lee, Game Director of Godfall. In it, he shares more information about the world of Aperion and how it is divided into specific elements. Within the trailer, the player also encounters different enemies and utilizes specific skillsets during combat.

This isn’t the first trailer the developers of Godfall have released and shared with the public.

Previously during PlayStation’s “Future of Gaming” event, another Godfall gameplay trailer was showcased. However, this one focused mainly on weapons, enemies, and armor sets.

A day before the PS5 event, another teaser was released that focused on Godfall’s aesthetic: “Silvermane” which is piece of Valor Plate armor.

Developed by Counterplay Games and published by Gearbox, Godfall is set to be released in Holiday 2020 just in time for the PS5. Godfall will be a console exclusive for PlayStation but it will also be available on the Epic Games Store.

With plenty of armor sets and weapons, the game has been touted by the developers as a “fantasy looter-shooter” with “high impact” combat.

While not much has been specifically said about the lore and setting around the world of Godfall, more information about the game’s world and content is continuing to come out.

For more updates on Godfall and on the other announcement that have come from the PC Gaming Show 2020, keep an eye on Twinfinite’s website.