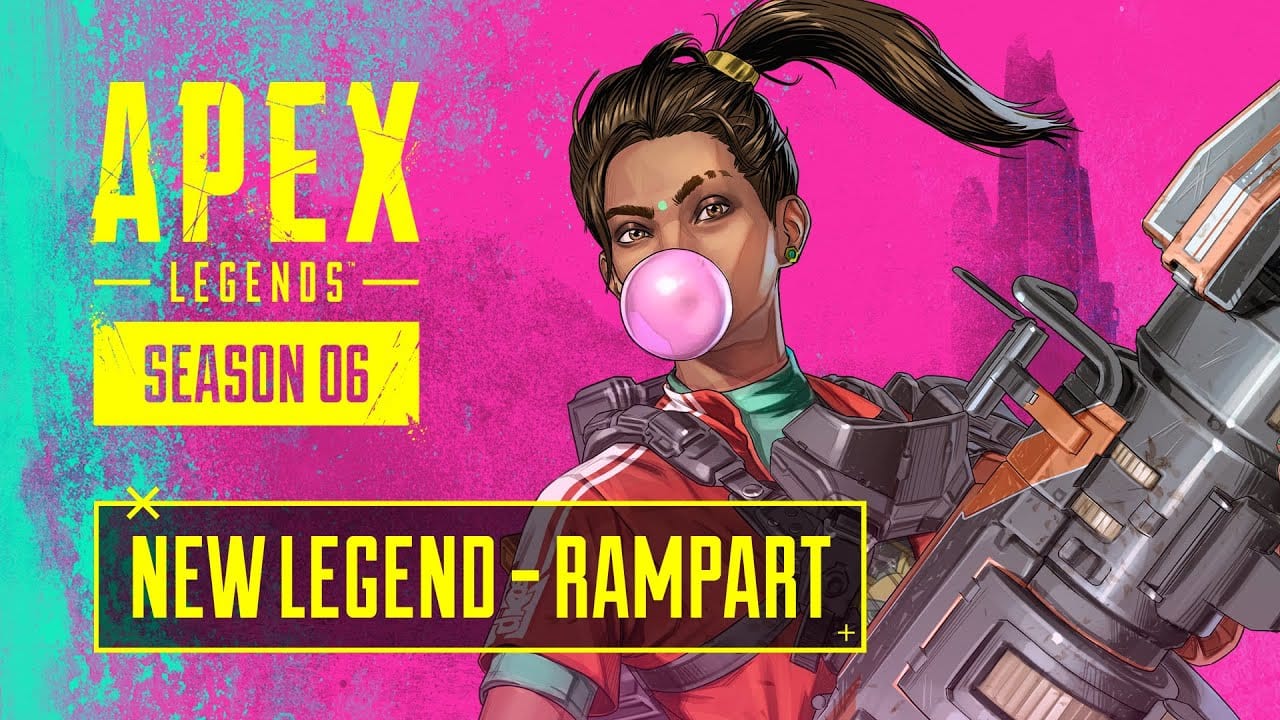 Respawn has been been putting out promotional material for Apex Legends Season 6 seemingly nonstop for the past few days. Today, an informative character trailer for new Apex Legend, Rampart, has been released.

Rampart has already received a teaser trailer, and a Stories From the Outlands short in the past week or so. Today’s video goes into detail in regards to her abilities and uses in combat.

In terms of abilities, Rampart is great both offensively and defensively. Her Tactical Ability, Amped Cover, builds a shield wall that blocks incoming shots while amping outgoing shots.

This works well with her Passive Ability, Modded Loader. The Passive gives her increased magazine and heat capacity, along with faster reloads/recharges when using LMGs or her minigun.

Rampart’s Ultimate Ability is one that could really shake up matches in Apex Legends. It sets down her stationary minigun, Sheila, to rain down fire on opponents. It has a high rate of fire, long reload times, and any teammate can use it.

Check out the character trailer below to see all of the above in-game:

Make sure to collect all the Treasure Packs that you need to complete the Season 5 PvE Quest missions before Season 6 begins. You’ll learn some world lore, and grab a few cosmetic rewards, too.