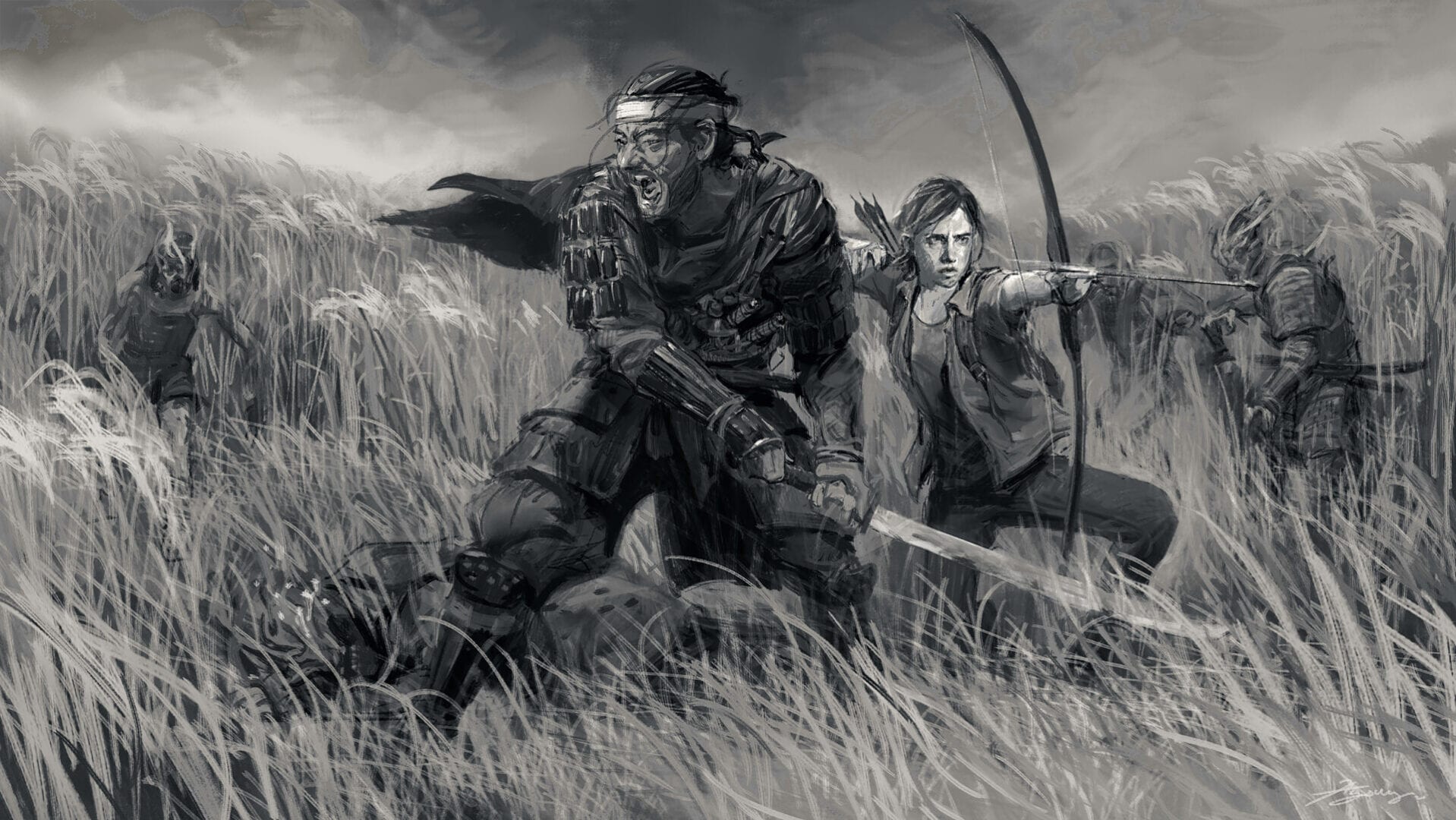 Ghost of Tsushima has been released today Sony’s first-party studios are welcoming Sucker Punch’s open-world action-adventure game into the world.

It has become a bit of a tradition for PlayStation’s studios to celebrate the release of a major game with their won crossover artwork, and did it today as well.

First of all, we get Naughty Dog with artwork by senior concept artist Hyoung T. Nam.

Next is Media Molecule with art director Kareem Ettouney recreating Ghost of Tsushima’s atmosphere in Dreams.

Last, but not least, Insomniac Games went with a quirkier, but no less welcoming celebration.

Ghost of Tsushima released today, July 17, 2020, exclusively for PS4. You can already read our enthusiastic review.

The game was originally announced in 2017 at Paris Games Week and if you want to see more, you can enjoy the launch trailer, another from Japan, one focusing on the story, some videos showcasing the world, an extensive gameplay reveal, the previous trailer, another recent Japanese trailer, an earlier video, beautiful concept art, another trailer showcasing combat, one featuring exploration, and one on customization.

“In the late 13th century, the Mongol empire has laid waste to entire nations along their campaign to conquer the East. Tsushima Island is all that stands between mainland Japan and a massive Mongol invasion fleet led by the ruthless and cunning general, Khotun Khan.

As the island burns in the wake of the first wave of the Mongol assault, samurai warrior Jin Sakai stands as one of the last surviving members of his clan. He is resolved to do whatever it takes, at any cost, to protect his people and reclaim his home. He must set aside the traditions that have shaped him as a warrior to forge a new path, the path of the Ghost, and wage an unconventional war for the freedom of Tsushima.”