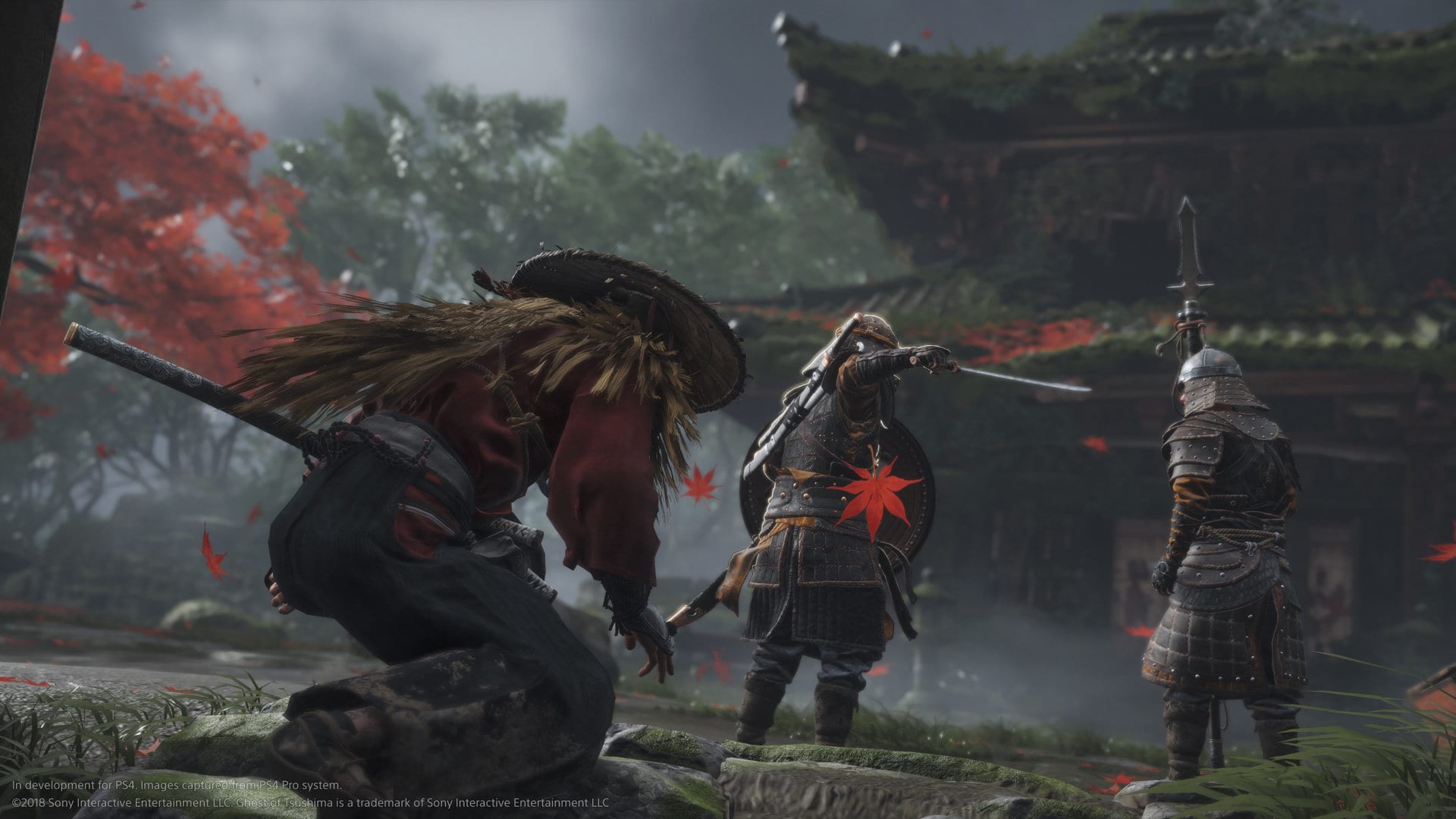 Ghost of Tsushima has shot to the top of our most-wanted list after a superb showing at The Game Awards 2019. We were left hanging by teaser shown earlier this week at PlayStation’s State of Play broadcast, but it’s safe to say developer Sucker Punch has now delivered in a big way. More than just teeing up its story in awesome style, today’s trailer revealed a summer launch window of summer 2020, confirming Ghost of Tsushima is a PS4 game.

But it still looks just as beautiful as ever. Ghost of Tsushima may yet go down as one of the prettiest video games ever made. I’d bank on a later backward compatible PS5 version to boost fidelity even further, too.

Beyond graphics, tonight’s showcased a brief new glimpse at sword-play, stealth, and traversal. It was only in brief snippets but it looked just about as sooth as you’d expect from the developer behind Infamous, a series acclaimed for its excellent gameplay.

Midway through tonight’s trailer, we got also got more of a flavor of the game’s OST too via a live orchestra performance that was reminiscent of the game’s E3 2018 presentation.

You can check out the trailer’s action for yourself below.

While Ghost of Tsushima isn’t in direct development for PS5, we did hear about one of the next-gen console’s first games at The Game Awards. You can read all about Gearbox’s newly announced Godfall here.