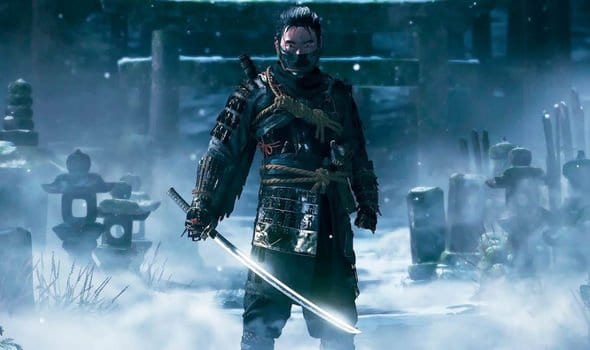 For its final State of Play broadcast in 2019, PlayStation went all out with the reveal of new games and updates coming to PS4 next year. One of the biggest takeaways was the anticipated return of Ghosts of Tsushima, but we only saw precious few seconds of it.

A new teaser trailer sees Ghost of Tsushima’s last samurai Jin Sakai challenging what is presumably a group of Mongolian soldiers. Ghost of Tsushima, of course, takes place on Tsushima Island and takes place in the late 13th century during the first Mongol invasion of Japan.

Just as a ghost would, Sakai appears in the distance, lays down his marker, and then, just as the enemy charges, appears to unleash a smoke bomb to disguise his presence. Presumably, that alludes to a gameplay mechanic. We’ll have to wait and see, but what we do know for sure is that he looks like a total badass donning that very intimidating mask.

Luckily, we won’t have long to wait for more: Sony has confirmed a longer trailer will follow today’s teaser at The Game Awards 2019 later this week.

Ghosts of Tsushima was first revealed at Paris Games Week 2017 with a superb trailer that opened with a live musical presentation.

In other recent Ghost of Tsushima news, new artwork was revealed highlighting the game’s stunning landscape. That’s about all we’ve heard from the game since developer Sucker Punch published some awesome cross over art to celebrate the release of Days Gone back in April.