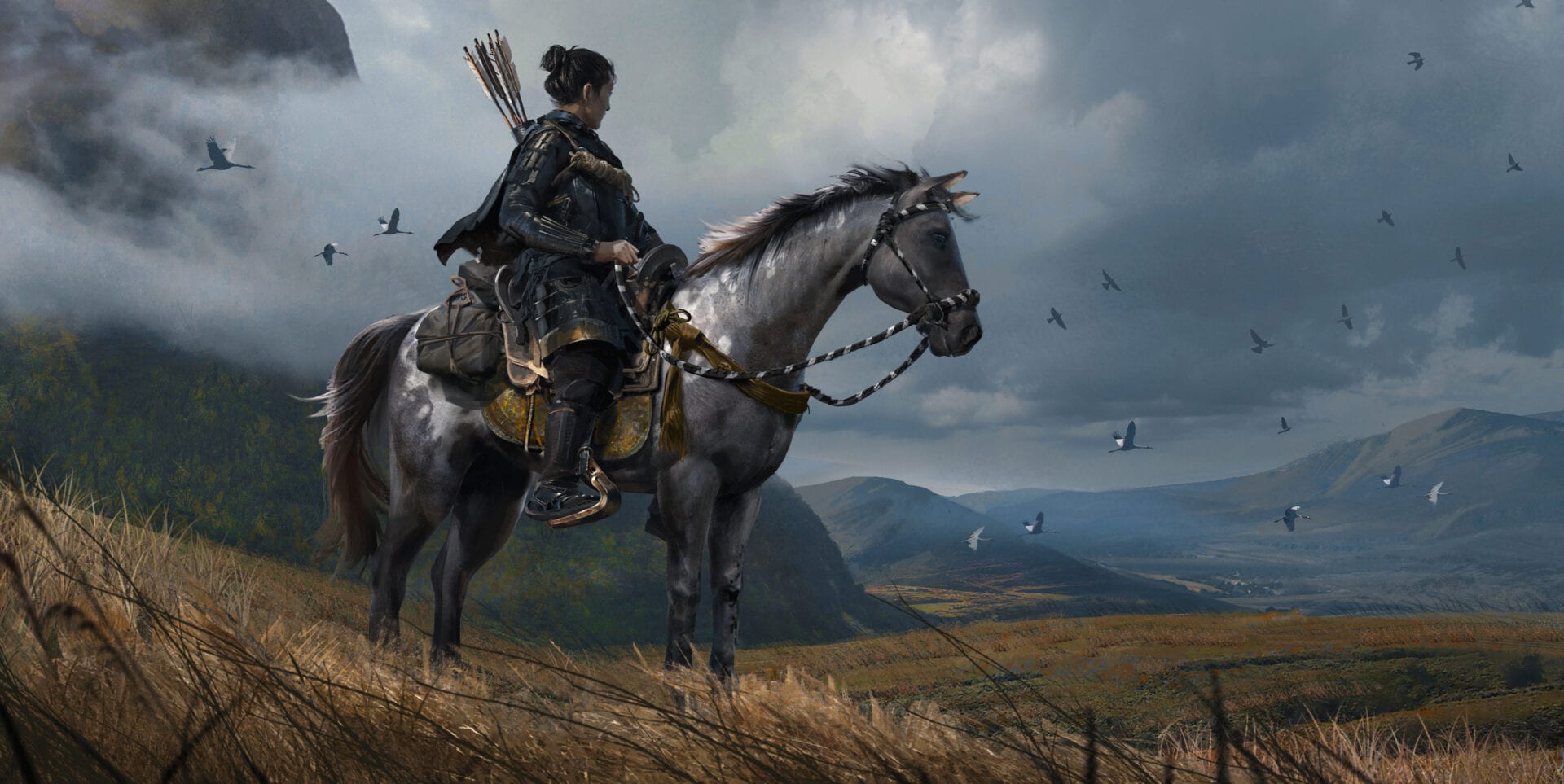 Sucker Punch Productions’ Ghost of Tsushima has always been graced by a gorgeous artistic presentation, and today the studio released new concept art.

The artwork provides another look at the game’s world which is both poetic and cruel, with the devastation of war meeting the beauty of nature mixing in various ways.

You can check out all the artwork below as we wait to finally be able to explore the gorgeous island of Tsushima on our own screens.

The first artwork is by Ian Jun Wei Chiew, the second and third are by Mitch Mohrhauser, while the fourth is by Romain Jouandeau.

Ghost of Tsushima has recently been slightly rescheduled to release on July 17, 2020, exclusively for PS4. That being said, it has already gone gold, so there won’t be any more delays.

The game was originally announced in 2017 at Paris Games Week and if you want to see more, you can enjoy an extensive gameplay reveal, the previous trailer, another recent Japanese trailer, and an earlier video.

“In the late 13th century, the Mongol empire has laid waste to entire nations along their campaign to conquer the East. Tsushima Island is all that stands between mainland Japan and a massive Mongol invasion fleet led by the ruthless and cunning general, Khotun Khan.

As the island burns in the wake of the first wave of the Mongol assault, samurai warrior Jin Sakai stands as one of the last surviving members of his clan. He is resolved to do whatever it takes, at any cost, to protect his people and reclaim his home. He must set aside the traditions that have shaped him as a warrior to forge a new path, the path of the Ghost, and wage an unconventional war for the freedom of Tsushima.”