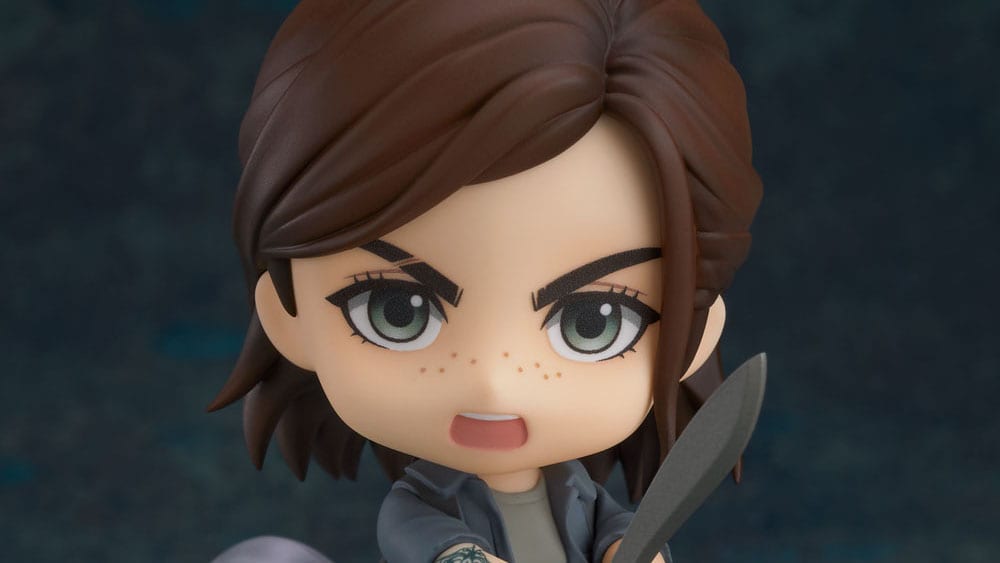 Today Good Smile Company announced with a press release the coming of a Nendoroid action figure portraying Ellie from The Last of Us Part II.

The figure is already available for pre-order at the manufacturer’s own online store, priced at 5,600 yen, which approximately translates into $52.

That being said, you won’t have her in time for the release of the game as she will hit the shelves in November 2002.

She comes with her own base (Nendoroids really struggle to stand on their own), different weapons (bow, gun, and brick) and two different face plates with different expressions, annoyed and angry.

Introducing the First-Ever The Last of Us Nendoroid

From the PlayStation 4 game “The Last of Us Part II” comes a Nendoroid of Ellie! She comes with two face plates, a standard expression and
a shouting expression. Weapons from the game including a gun, bow and arrow, machete and the infamous brick are included as optional parts.
Be sure to add her to your collection!

If you want to learn more about the game, you can check out the launch trailer, the previous cinematic trailer, and the recent gameplay from a few days ago. An official podcast has been released yesterday alongside interesting info on the games’ accessibility.

The Last of Us Part II will be released tomorrow, June 19, exclusively for PlayStation 4.