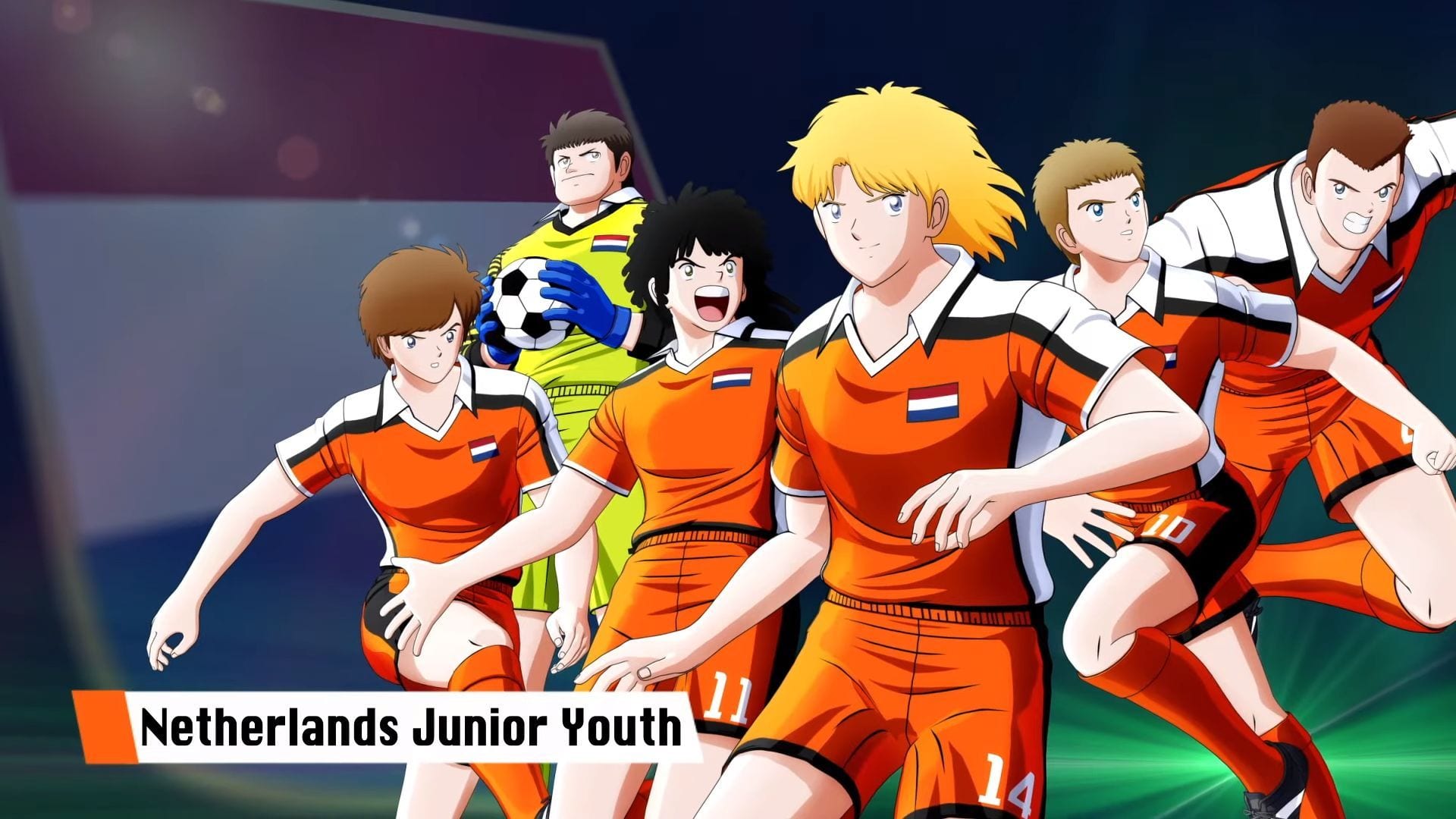 The trailer focuses on the Netherlands Junior Youth team and focuses on introducing its players.

We get to see known faces like midfielder Ruud Klismann, defender Leon Dirk (who as been slightly renamed for the original Leon Dick), and goalkeeper Hans Doleman.

While not explicitly named in the trailer, it also showcases captain Brian Kluivoort and forwards Johan Rensenbrink and Gert Keizer, even if his shirt number seems to have changed from 10 to 11.

If you want to see more of Captain Tsubasa: Rise of New Champions, you can enjoy the first screenshots and artwork, more screenshots, the first trailer, the second trailer, a comment from the series’ creator, the first gameplay, another look at the game, a few recent screenshots showing members of other national teams, a trailer showing off the German team, one focusing on the American team, one on Senegal, screenshots featuring France, and the previous trailer.

Captain Tsubasa: Rise of New Champions launches for PS4, Switch, and PC on August 28 in North America and Europe. Japan will get it one day earlier on August 27.