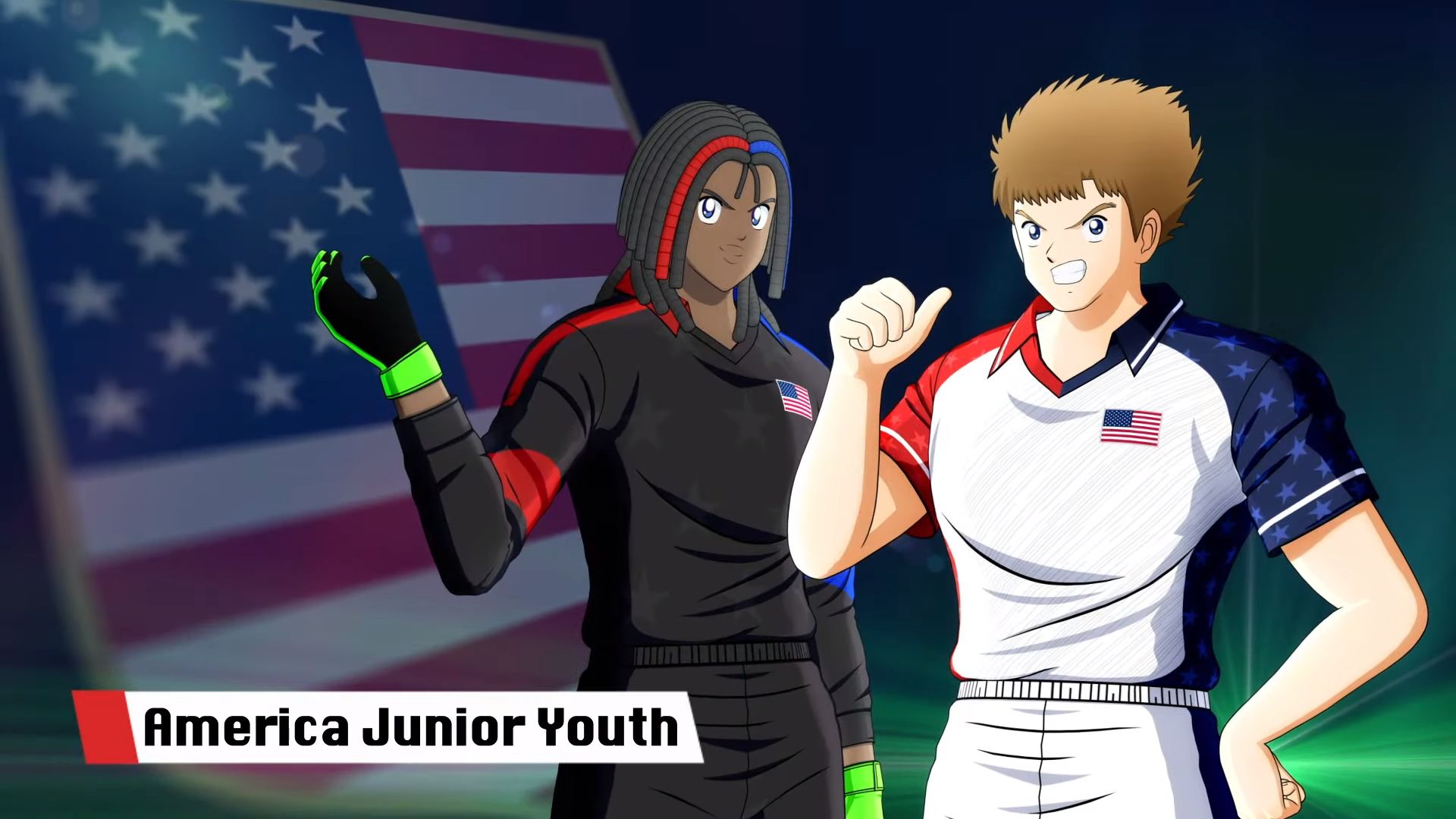 This time around the trailer likely won’t stimulate the fan’s nostalgia because it’s about the America Junior Youth team from the United States.

The United States never played a big role in the manga and anime, basically getting only mentions in passing and sporadic appearances off the field.

It did appear in previous games but looks like it’s getting a facelift for the big screen with new players. Hence, we meet the new goalkeeper Cheikh Azwan and the forward and captain Blake Martin, who are brand new characters like the team itself

If you want to see more, you can enjoy the first screenshots and artwork, more screenshots, the first trailer, the second trailer, a comment from the series’ creator, the first gameplay, another look at the game, a few recent screenshots showing members of other national teams, and a trailer showing off the German team.