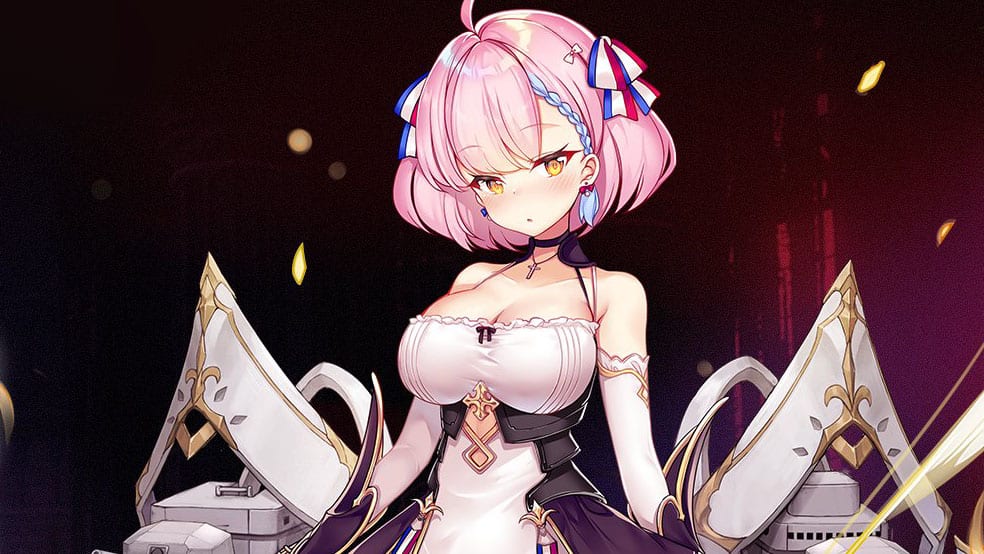 First of all, we get to see a new “French” shipgirl, Vauquelin-class destroyer Tartu from the Vochiya Dominion faction.

The Vauquelin class was classified as “large” destroyers (the French liked their destroyers bigger in the thirties), which means that Tartu is represented in Azur Lane with a design that is certainly uncommon among most destroyers.

At the moment of this writing, she has only been confirmed for the Japanese and Chinese servers, so we’ll have to see if we’ll get her on the English servers as well, or if she’ll be involved by the recently-announced divergence from the Asian servers to make room for a major rerun.

In that case, she’d be the third French shipgirl we’re missing following Le Malin and L’Opiniâtre. We’ll have to wait and see.

Speaking of the English servers, we’re going to play catch-up, as we’re getting three skins that we’ve been missing for quite some time compared to the Japanese and Chinese servers. Those are for Chaser, Memphis, and Sussex. You can see them below.