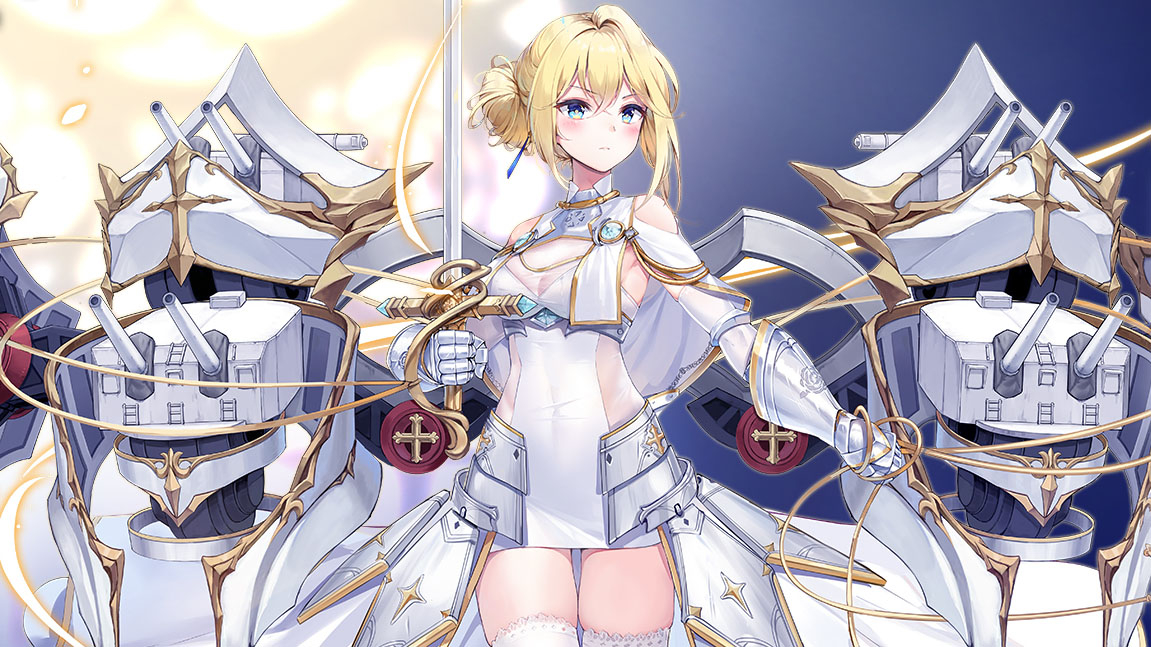 Like every week, Yostar has been revealing the content of the upcoming update for its popular shipgirl-focused mobile game Azur Lane.

This time around, it’s all about France (or more precisely, its two splinter actions, the Vichiya Dominion and Iris Libre).

First of all, the English servers are going to do some catching up by receiving  Le Malin and L’Opiniâtre, which were released on the Japanese and Chinese servers last year.

On the other hand, the Japanese and Chinese servers are getting a major event focusing on the same factions. For now, we saw the reveal of the SSR light cruiser Jeanne D’Arc, the elite destroyer Vauquelin, and the one and only French carrier, Béarn, which will also be elite.

On top of that, previously-released French shipgirls are getting new skins. Here you can see one for Le Malin and one for Émile Bertin.

Unfortunately, this is likely the major event that the English servers won’t get right away announced a few weeks ago, even if we’ll have to wait and see if this is confirmed over the next few days.

Incidentally, speaking of Le Malin, we get an English-subtitled version of her hand-washing video, which is pretty cute. It uses the 3D model created for Azur Lane: Crosswave for PS4 and PC.