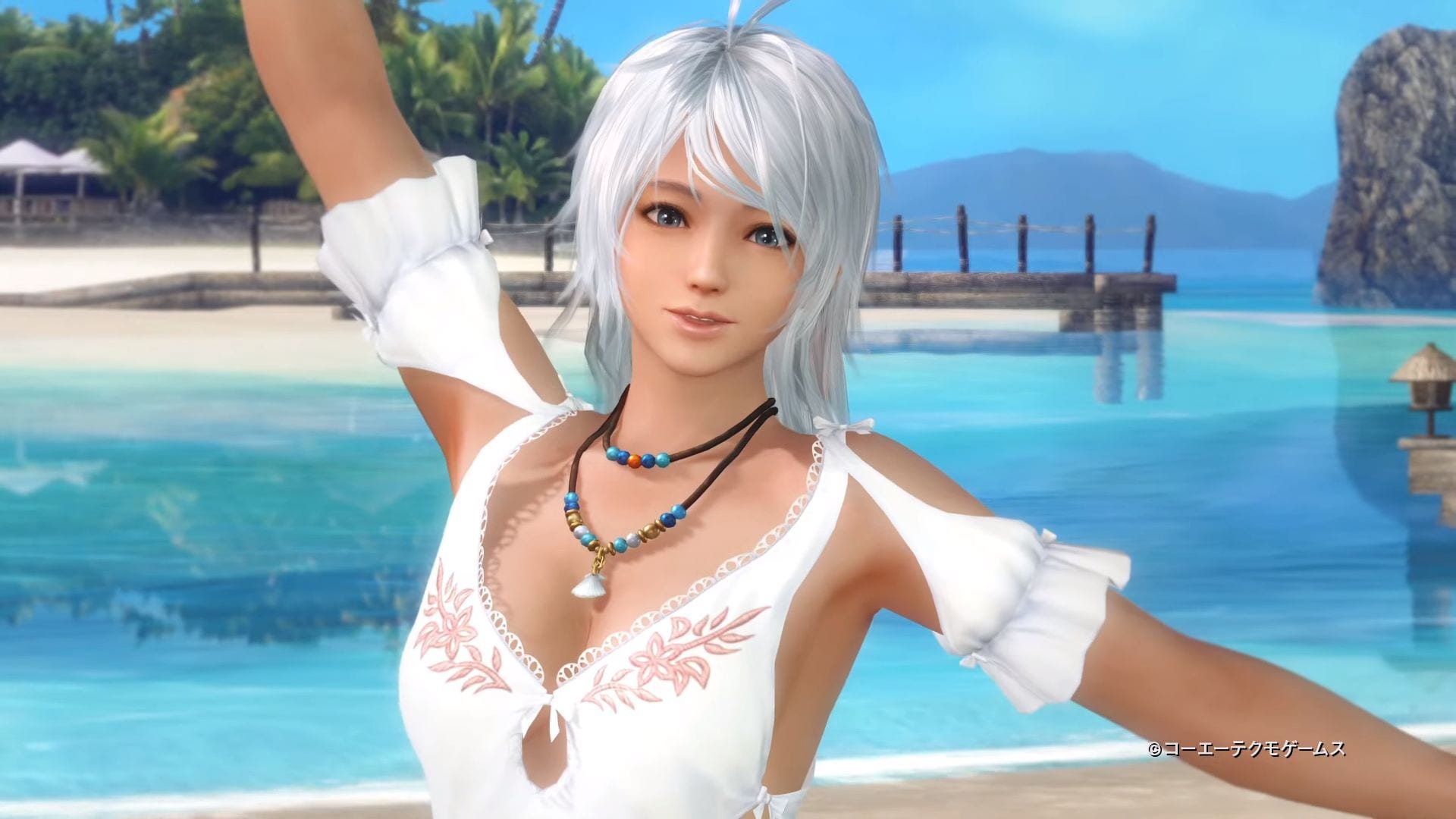 It’s been a while since the last time Dead or Alive Xtreme: Venus Vacation launched a new girl, but today it happened.

Patty is 19 years old, she is 159 cm tall, her three sizes are B85/W56/H86, and her blood type is B. Her hobbies are listening to the radio and combing the beach. She loves hamburgers and pineapple juice and her favorite color is Oyster White. Interestingly, her birthday is unknown so we’ll see what imaginative ways the developers will come up with to nickel and dime us with the usual birthday gachas.

Another interesting element is that this innocent and energetic girl has grown up on one of the islands of the Venus archipelago where the game is set. She meets the owner (IE: the player) when he picks up her lost radio, which she considers her treasure.

She is voiced by Marika Kouno, a relative rookie in the industry known for Kronya in Fire Emblem: Three Houses, Yuzuki Shijou in Blue Reflections, and Shirayukihime in Mary Skelter.

Do keep in mind that the fact that she has been added to the game doesn’t mean that we get to play with her for free. For now, she’s available only in a paid gacha with the usual abysmal 0.78% chance of getting the SSR costume required to unlock her.

Usually, it takes a few months for a new girl to become available in free gachas. For instance, Saiyuri was launched in December and the first free chance to unlock her came in March.

That being said, the discontinuation of DLC production for Dead or Alive 6 means that new girls in Dead or Alive Xtreme: Venus Vacation are the only new content DOA fans will be getting for a while.

Keep in mind that this is valid only for the Japanese version of the game via DMM. The Steam version in English is behind in content by approximately a year, so it won’t be getting Patty for roughly that long.

You can see what she looks like in the video below.